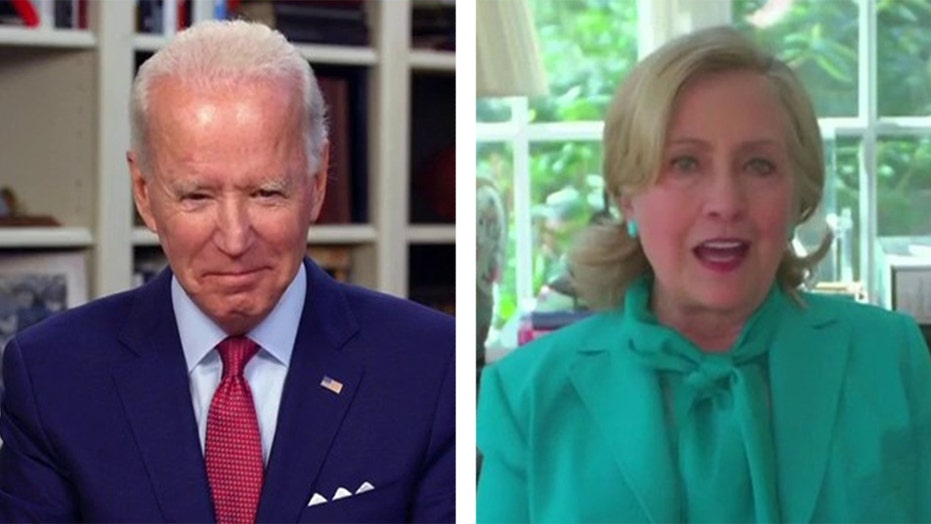 The former first lady, senator from New York, secretary of state, and 2016 Democratic presidential nominee backed Biden as she teamed up with the former vice president during a Biden campaign virtual town hall.

“I want to add my voice to the many who have endorsed you to be our president,” Clinton said.

“Just think of what a difference it would make right now if we had a president who not only listened to the science, put fact over fiction, but brought us together, showed the kind of compassion and caring that we need from our president and which Joe Biden has been exemplifying throughout his entire life,” Clinton emphasized.

And taking a shot at President Trump, who beat her in the 2016 presidential election, Clinton said “think of what it would mean if we had a real president, not just somebody who plays one on TV.”

The event came amid the allegations of past sexual assault leveled against Biden by former staffer Tara Reade. Biden’s campaign has denied the allegations, but the candidate did not address them during the town hall on Tuesday.

Ahead of the endorsement, which was confirmed by Fox News earlier in the day, the Trump campaign took aim at both Democrats.

“There is no greater concentration of Democrat establishment than Joe Biden and Hillary Clinton together," Trump campaign manager Brad Parscale said in a statement. "Both of them carry the baggage of decades in the Washington swamp and both of them schemed to keep the Democrat nomination from Bernie Sanders. President Trump beat her once and now he’ll beat her chosen candidate."

Near the end of their event, Clinton and Biden spotlighted a Washington Post report from Monday that U.S. intelligence agencies issued coronavirus warnings in more than a dozen classified briefings prepared for the president in January and February. 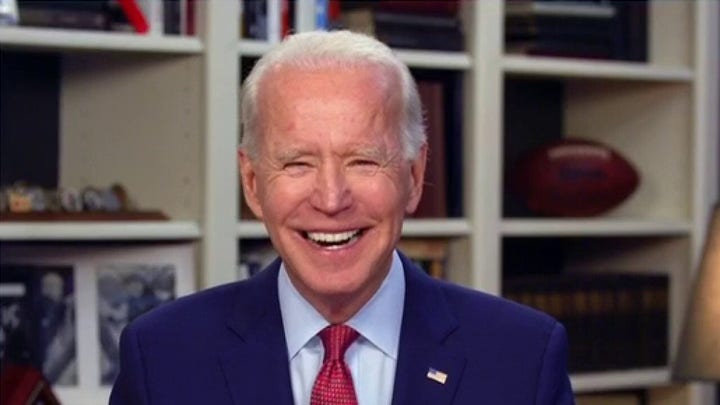 “I tell you one thing I would have done Joe, which you know so well. I would have read my daily intelligence briefings that were sounding the alarm since January but apparently this president doesn’t do what we used to do,” Clinton said.

Biden asked “did he (the president) just not read what we used to call the PDB (president’s daily brief) or did he read it and not care… I can’t fathom it.”

Between the two of them, Clinton and Biden have run for president five times.

Clinton narrowly lost to then-Sen. Barack Obama in a marathon and historic 2008 battle for the Democratic nomination. She won the nomination 8 years later, defeating Sen. Bernie Sanders in a divisive primary fight.

Biden ran unsucessfully for the nomination in 1988 and 2008. He mulled a White House run in 2016 against Clinton but decided against launching a campaign.

Clinton, who spotlighted her decades of collaboration and friendship with Biden, said"I've been not only a colleague of Joe Biden, I've been a friend. And I can tell you I wish he were president right now, but I can't  wait until he is."

Biden -- thanking Clinton -- noted that "I really appreciate your friendship and what a wonderful personal endorsement."

Clinton is the latest leading Democrat to endorse Biden. The former vice president struggled early in the nominating calendar, after lackluster finishes in the Iowa caucuses and New Hampshire primary. But his fortunes soared after a landslide win in the South Carolina and sweeping victories on Super Tuesday and the ensuing March primaries.

Biden surged to front-runner status, built up a formidable delegate lead over Sanders, his last remaining nomination rival. And many in the party – from former 2020 rivals to scores of Democratic members of Congress and governors -- coalesced around Biden’s candidacy.

Biden became the party’s presumptive nominee this month after Sanders suspended his bid and endorsed Biden. That same week Biden was also endorsed by Sen. Elizabeth Warren of Massachusetts, who dropped out of the White House race in March, and by his onetime boss, former President Barack Obama.