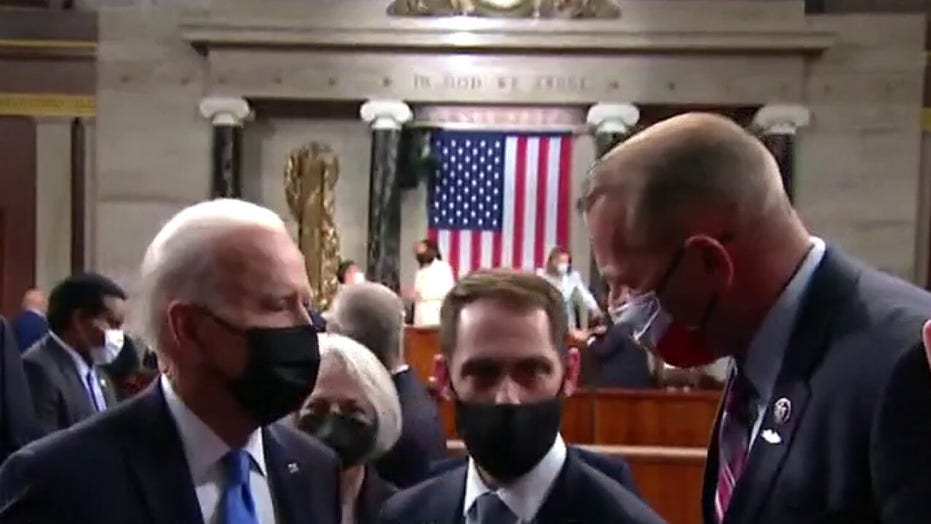 Rep. Troy Nehls joins 'America's Newsroom' after making a personal plea to President Biden after his address to Congress.

North Carolina Gov. Roy Cooper granted a pardon of innocence Friday to a man imprisoned for two decades before his two murder convictions were vacated more than four years ago by a trial judge.

The pardon means Darryl Anthony Howard, who is now 58, can apply to the North Carolina Industrial Commission for compensation of up to $750,000 for his wrongful convictions.

"It is important to continue our efforts to reform the justice system and to acknowledge wrongful convictions," Cooper said in a news release.

The governor’s office said this pardon of innocence was Cooper’s sixth since taking office in early 2017.

Howard was convicted in Durham County court in 1995 for the 1991 deaths of 29-year-old Doris Washington and her 13-year-old daughter, Nishonda. He was serving an 80-year prison sentence for convictions on two counts of second-degree murder and one count of first-degree arson.

The mother and daughter also appeared to have been sexually assaulted. Years after the conviction, Howard’s attorneys tested rape kits related to the case and uncovered new evidence, according to Cooper’s pardon. In 2014, Judge Orlando Hudson threw out Howard’s sentence, saying the prosecutor had failed to share with defense attorneys a police memo and other evidence that pointed to suspects other than Howard.

But Howard remained in prison, and in August 2016 Hudson freed him after ruling DNA evidence showed he didn’t participate in the rapes or the murders. Hudson ordered a new trial, but the Durham district attorney’s office soon after dismissed the case, which was based heavily on the testimony of witnesses at the Durham public housing project where the killings occurred.