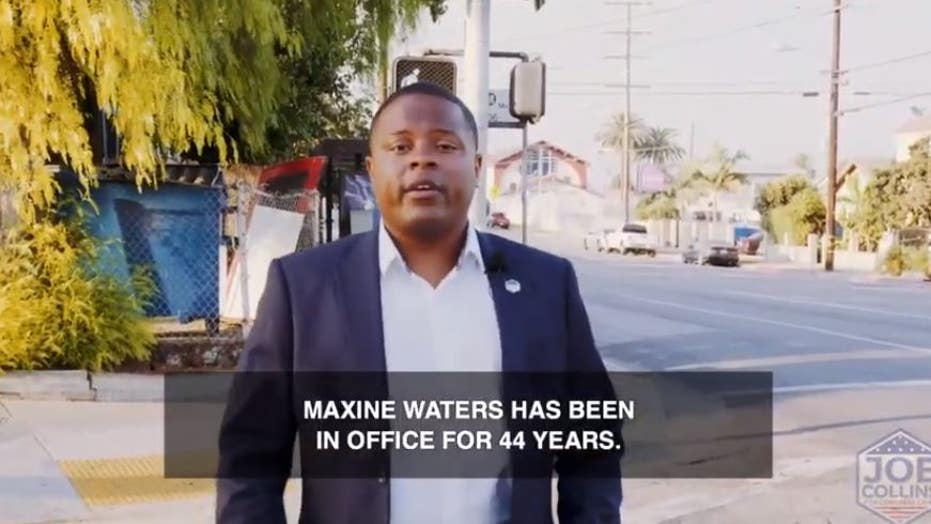 In the ad, Collins stands outside Waters’ $6 million California residence, noting that it is not even located inside the district she represents.

Waters has represented the area that is now California’s 43rd District since 1991. Before that, she had served in the California State Assembly since 1976. Her home used to be within the boundaries of District 43 until redistricting shifted her neighborhood into the 37th District, which is represented by Democratic Rep. Karen Bass.

Collins, a Republican who is campaigning to replace Waters and grew up in South Los Angeles, said the crime and poverty in the area have only increased under Waters’ 44 years in public office.

“I survived a drive-by shooting in this house when I was a child,” Collins says in the video while standing outside a home in the area. “Gangs, drugs, violence, that was my upbringing. And where was Maxine Waters?”

Having served more than 13 years in the U.S. Navy and having fought in the Iraq War, Collins also criticized Waters for not fighting “for her own district here in America.”

Collins told Fox News he wanted his campaign ad “to show the contrast between how Maxine Waters lived and how the people in the rest of the community lived.

“She has a very nice community, she has a really big house – and that’s just one of three or four house that she has," he said. "And meanwhile, she comes to the inner city and preaches the message of hatred, and a message of us vs. them.”

He added: “And when she’s done spreading the hate through our community, she goes back to this huge mansion while the rest of us live in crime-infested, poverty, neighborhoods where people are absolutely struggling to live.

“We have bars on our windows. We don’t have any high-paying quality jobs," Collins continued. "And people needed to see that. And so it was very important that we shined a light on the disparities between how Maxine Waters lives and … how we actually live.”

Fox News has made multiple attempts to reach Congresswoman Waters’ office with a request for comment on Collins’ campaign video.

As of Sunday afternoon, Collins’ campaign ad has received more than 65,400 likes and more than 35,000 retweets.