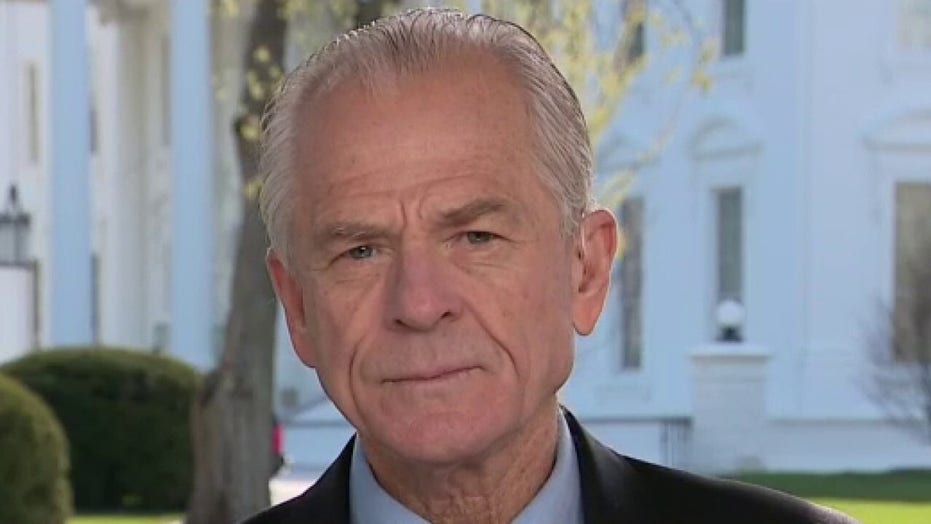 Peter Navarro on coronavirus: We are going to suffer some economic impacts in the short run

Navarro made the remarks when asked by Maria Bartiromo about a Bank of America assessment that jobless claims could spike to 3 million next week.

"We've got planes in the air. We got FEMA planes, FedEx planes, we got Pentagon planes -- and that's what I'm focused on," Navarro said. "The American people should be comforted because the full power of American production is coming to bear on this, just like in World War II."

Navarro emphasized that his primary role in White House operations now was "tactical," including work on "getting the supply chain to deliver what we need to the places where we need it," including gowns, face masks and ventilators. "We're gonna suffer some economic impacts in the short run."

"Let me give you some examples that may provide a little comfort to the American people on-air; literally across the street, in my office, every day, we're working to deliver products," Navarro said. "Just in the space of a week, we've had close to a million swabs delivered with the help of the Pentagon and FedEx spread across the country. Pernod, which is a liquor company, has donated hand sanitizer with their production lines. We're gonna get a truck coming right into New York City on Tuesday with that."

He added: "Honeywell -- we've got a factory springing sprouting up in Smithfield, Rhode Island, to give us millions of masks. We have the National Council of Textile Organizations. It's the Fruit of the Loom, Hanes, Parkdale Mills. They're gonna give us millions of masks. They're very immediately hitting the ground running on that, and our job here is to not only get the production done, but to get it to the people in need." 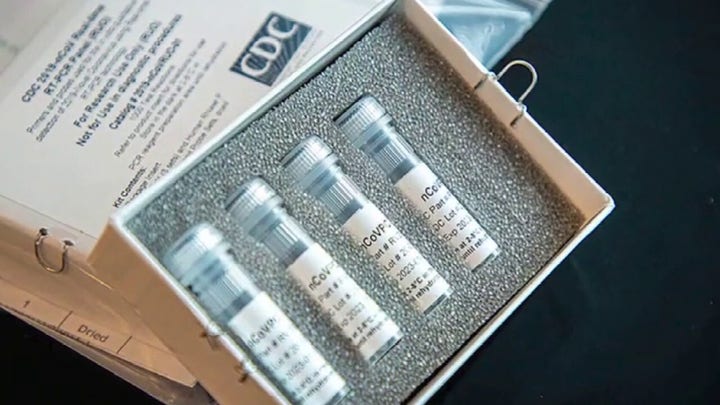 Some of the production began after Trump tapped his authority under the 70-year-old Defense Production Act to give the government more power to steer production by private companies and try to overcome shortages in masks, ventilators and other supplies. Even Rep. Ilhan Omar, D-Minn., unexpectedly praised Trump's invocation of the law and other measures, saying it was "incredible and the right response in this critical time."

Relief assistance, fiscal stimulus, affected industries and liquidity needs comprised the four points of the "compass" that Republicans wanted to hit with upcoming legislation, Navarro said. He added that those goals will be achieved, respectively, with paid family and sick leave, a cash cushion to workers with payroll tax holiday deferrals for small businesses, a $200 billion collateralized loan program with about 25 percent to airlines and the Federal Reserve using the exchange stabilization fund.

"That's a sound strategy," Navarro told Bartiromo. "We're gonna hit all four points of that compass. We're gonna see that bill soon, and hopefully the Democrats and Republicans all join hands on that."

Top-level negotiations between Congress and the White House teetered Sunday on a ballooning nearly $1.4 trillion economic rescue package, as Trump called for a deal to steady a nation hit hard by the coronavirus pandemic. Treasury Secretary Steven Mnuchin indicated a deal was within reach, but top congressional Democrats raised concerns ahead of a meeting at the Capitol. 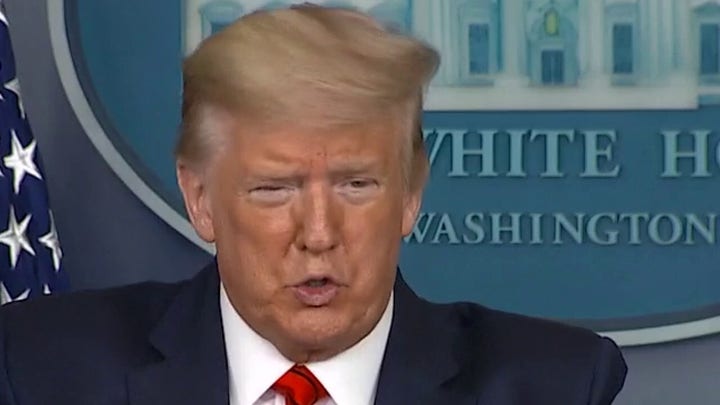 In the hours before the closed-door talks were to convene in an otherwise empty Capitol, Trump's lead negotiator said the plan was meant to prop up the nation's weakened economy for the next 10 to 12 weeks.

“I think we have a fundamental understanding and we look forward to wrapping it up today. It will get done," Mnuchin said on “Fox News Sunday."

Meanwhile, Dr. Anthony Fauci, the director of the National Institute of Allergy and Infectious Diseases, said Sunday the stringent measures being put in place in the U.S. including travel restrictions, the closing of schools and many businesses and other social distancing will go “a long way” to prevent the U.S. from becoming like Italy.

Italy has seen over 50,000 coronavirus cases and nearly 5,000 deaths. Fauci told CBS News' "Face the Nation" it was hard to know exactly why Italy was "suffering so terribly," but it did not appear to shut out as well the input of infections originating from China and other parts of the world.

He said the U.S. was "going to be hit, no doubt about it," but appeared to be in a better position because "we have from the beginning put a kind of clamper" on the virus.