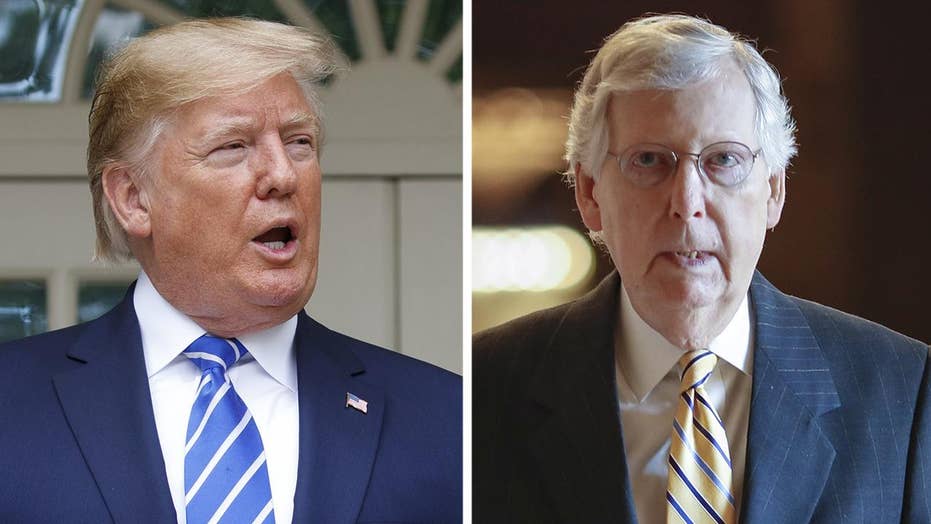 Sales from “Moscow Mitch” merchandise exceeded $200,000 in a 48-hour period, the Kentucky Democratic Party claimed in a Friday press release.

MSNBC host Joe Scarborough went on the air and called McConnell “Moscow Mitch” for supposedly “aiding and abetting” Russian President Vladimir Putin’s efforts to interfere with American elections, as it was accused of doing during the last presidential election in 2016.

McConnell, usually reserved in his response to criticism, likened the insult to “modern-day McCarthyism” which, he added, “is toxic, and damaging, because of the way it warps our entire public discourse.”

Capitalizing on McConnell’s ire, the Kentucky Democratic Party on Wednesday rolled out an array of “Moscow Mitch” merchandise online, including a T-shirt, a hat, drinkware, stickers and buttons. Nearly all items come with the phrase “Just say nyet! to Moscow Mitch.”

“People are sick of [McConnell’s policies], and this is their way of expressing their outrage,” Kentucky Democratic Party spokeswoman Marisa McNee said in a press release. “This campaign has really caught the imagination of voters in Kentucky and across the country.”

The Kentucky Democrat Party said it's gotten orders for the merchandise from all 50 states and the District of Columbia.

Nicole Erwin, the communications director for the Kentucky Democratic Party, said the “Moscow Mitch” merchandise line will be available “as long as people are interested in this.”