Several critics on CNN and MSNBC argued Trump's attacks and rhetoric are getting old and stale compared to 2016. Joe Scarborough, meanwhile, compared Trump to a past-his-prime Elvis Presley struggling to play "the hits."

On "Fox & Friends," Fox News contributor Mollie Hemingway responded to the media attacks, saying the liberal pundits are the ones who sound like "repetitious records."

"This is exactly what we heard in 2016, and it is somewhat disappointing that the media haven't even updated their spin on things. At worst what you have is a corporate political media that is pushing an agenda rather than just reporting the news," she said. 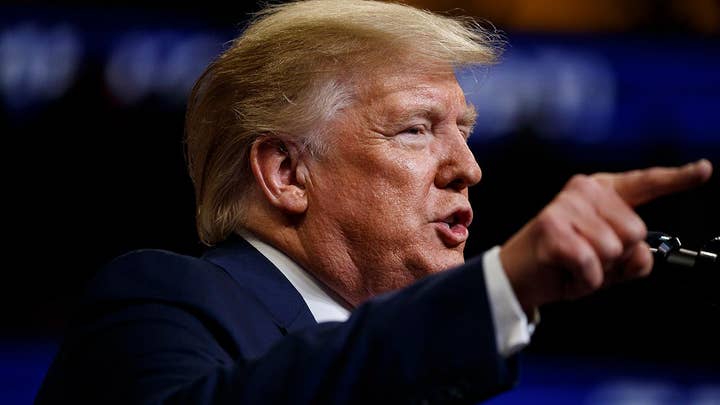 "At best, they're just bad at their jobs, which means they don't understand how the President of the United States speaks. They don't understand the appeal of his rhetoric," she said, adding that the more likely reason is that they're "partisans pushing a political agenda, rather than journalists."

The entertainer-in-chief had the Florida crowd in a frenzy, at one point doing a new impression of Hillary Clinton, arguing that he would not get the same benefit of the doubt that she did during her email probe.

"If you want to know how the system is rigged, just compare how they came after us for three years with everything they had versus the free pass they gave to Hillary and her aides after they set up an illegal server, destroyed evidence, deleted and acid-washed 33,000 emails, exposed classified information and turned the State Department into a pay-for-play cash machine," Trump said.

"If I got a subpoena for emails if I deleted one email. Like a love note to Melania -- it's the electric chair for Trump," the president joked.

Hemingway said the media is again "pushing this idea that it's impossible for Trump to win," especially in light of recent polls, rather than focusing on how the country is doing.