Fox News senior correspondent Mike Tobin has the latest from the ground in Washington.

When President Trump addressed a big crowd of protesters outside the White House Wednesday, he was caught between two historic defeats.

As he vowed never to concede, as he slammed "weak" and "pathetic" Republicans, as he denounced the "fake news" media in unusually harsh terms, the president was drawing blame for the Georgia results that put the Democrats on the brink of taking control of the Senate.

And Trump was in effect the warmup act for the congressional debate forced by some of his GOP allies over the Electoral College results--an effort that even they acknowledged was doomed to failure.

And then things really got bad.

As Congress began its debate, hundreds of flag-waving protesters breached barricades and some made their way into the Capitol, forcing a lockdown and the evacuation of Vice President Mike Pence and House Speaker Nancy Pelosi as the House and Senate debates were halted. Tear gas was used in the Capitol Rotunda; lawmakers were given gas masks and told to shelter in place. Things escalated from there, with an armed standoff outside the House floor. Several officers were injured. 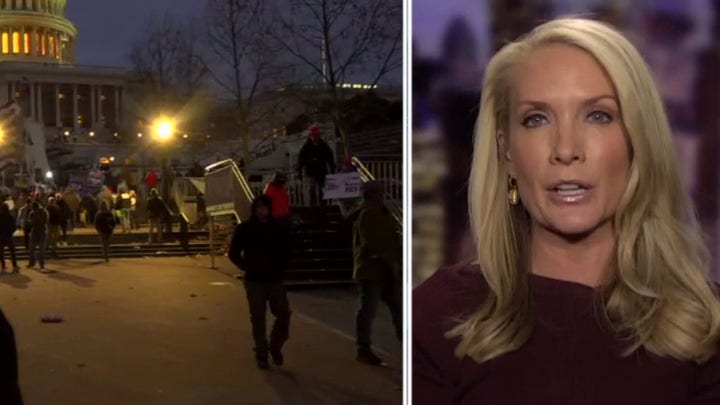 It was a shocking spectacle, angry demonstrators trying to shut down the electoral process, and MSNBC and CNN anchors repeatedly blamed Trump for inciting the lawlessness. National Review’s Andy McCarthy said the same on Fox. It was anarchy of the sort we would expect to see in certain Third World countries. There was a pathetic photo of a protester sitting in the presiding officer’s chair on the Senate floor.  There was video of protesters smashing Capitol windows and climbing in. One woman was shot in the chest on the Capitol grounds.

Capitol Police couldn’t handle the rioters, asking the D.C. police, who should have been defending the building from the start, for help. The city imposed a 6 p.m. curfew. It was an unbelievable miscalculation. And why the maddening delay in activating the National Guard?

After a long silence, Trump finally tweeted: "Please support our Capitol Police and Law Enforcement...Stay peaceful!" And later: "I am asking for everyone at the U.S. Capitol to remain peaceful. No violence!"

For the president’s critics, it was the physical embodiment of Trump refusing to accept the verdict of a lawful election. His most unhinged supporters, called to the Capitol by Trump, perhaps whipped up by his words, were literally stopping the constitutional process of certifying the next president. It was a white riot.

One hundred years from now, this sad tableau will be remembered as an assault on democracy. The indelible images will define the end of the Trump presidency. Of course, it is not entirely the fault of Trump or Sen. Ted Cruz or Sen. Josh Hawley or the more peaceful protesters that things spiraled out of control. But it is the president, who insists on election fraud that no court or his own Justice Department has confirmed, who will be remembered as fomenting the potentially dangerous insurrection. 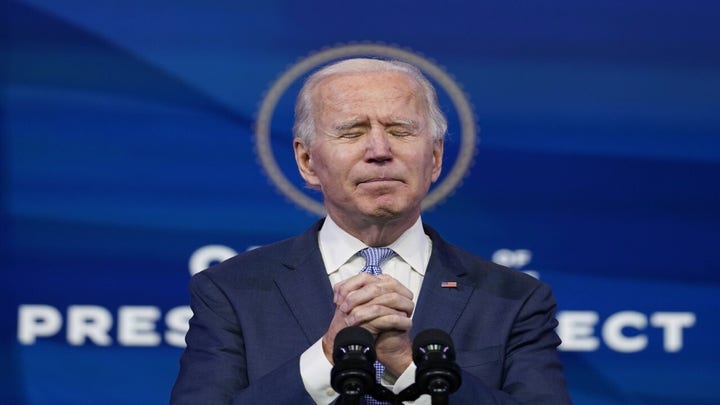 With Trump staying off television, it was Joe Biden who seized the moment, condemning extremists for "this godawful scene" and urging Trump, whom he indirectly accused of incitement, to "step up" and appeal for calm.

Moments later, Trump posted a video in which he started off with the "stolen" election, urged his supporters to "go home" and added: "We love you."

Even before the Capitol siege, the politics were running against Trump. In his speech, the president said he hoped Mike Pence would "do the right thing...and we become president and you are the happiest people." But the vice president simply refused, telling the Hill that the Constitution gives him no "unilateral authority to determine which electoral votes should be counted and which should not."

Perhaps the day’s most striking moment came when Senate Majority Leader Mitch McConnell, a fierce partisan who has been such a Trump loyalist, used language that any Democrat would have been happy to embrace.

The Kentucky senator, citing all the losing lawsuits and "sweeping conspiracy theories," said that if Congress overruled the voters, "we could damage our republic forever...Our democracy would enter a death spiral. We’d never see the whole nation accept an election again."

Appearing pained, McConnell said they were being asked to follow "a poisonous path" and instead must choose "a higher calling than an endless spiral of partisan vengeance."

Sen. Chuck Schumer agreed, not surprisingly, calling it a "very sad comment on our times that simply accepting an election is considered an act of political courage." But McConnell’s oratory was the powerful moment. For those Trump supporters who believe the media are squelching evidence of election fraud, who think that dissenting Republicans are betraying him, yesterday was the day when his own vice president and Senate majority leader broke with him.

In this overheated environment, the major issue in Tuesday’s Georgia runoffs for two Senate seats was Trump. In fact, his first words at a Monday night rally in the state was that the state had been stolen from him.

That raised the pressure on Sen. Kelly Loeffler, who said on the eve of the election that she would vote with the Ted Cruz faction to challenge the Electoral College results. The appointed Republican senator was caught between trying to placate the president and his base and not looking like a sycophant. Raphael Warnock, a pastor who preached at Martin Luther King’s old Ebeneezer Baptist Church, beat her to become Georgia’s first black senator.

Democrat Jon Ossoff emerged with a 16,000-vote lead over incumbent Sen. David Perdue, with the expectation that his lead would grow when all the ballots were counted. If so, Kamala Harris would be able to break a 50-50 tie.

But that is a battle for another day. Jan. 6, 2021 was the day when Washington lost control, when America lost control, and when Donald Trump lost control of the forces he unleashed.

It was a shocking spectacle, angry demonstrators trying to shut down the electoral process, and MSNBC and CNN anchors repeatedly blamed Trump for inciting the lawlessness.