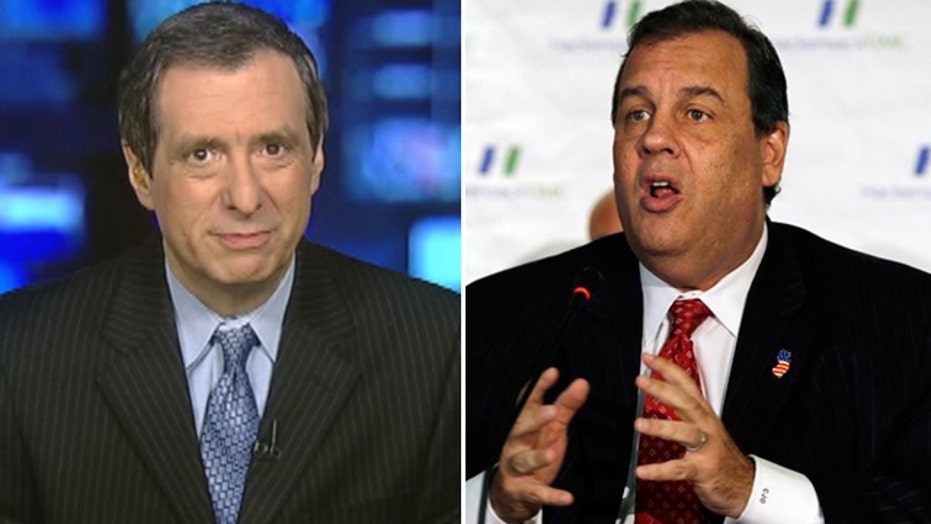 The media are absolutely pummeling Chris Christie for doing what he’s always done: yelling at people who dare to heckle him.

This story, in the New York Daily News, has one of the most biased leads I’ve seen in awhile:

“Gov. Chris Christie’s penchant for channeling Tony Soprano may have snuffed out his presidential chances.”

First, how does the tabloid know that Christie’s 2016 hopes may be toast? That’s “according to political experts”—who, of course, are never wrong.

Second, isn’t putting a mob boss in the lead both overblown and a bit of an anti-Italian slur?

Third, three topic parapraphs are devoted to quoting former Obama adviser David Axelrod, who said on MSNBC that Christie’s “‘Sopranos’ approach to politics…marks him as an angry man.” That’s a fair shot for Axelrod, but he’s a Democratic partisan invoked solely to buttress the anti-Christie tone of the article.

Fourth, the story has a photo illustration that shows Christie morphing into Soprano. Subtle.

Fifth, the other experts quoted all bash the governor. One, a Manhattan psychotherapist—that’s right—says “I cannot imagine a president with this style. I think it would be a disaster.”

This isn’t a news story. It’s a hit piece.

But the Daily News coverage is just an extreme example of how the press is kicking Christie. MSNBC played the heckling video—which ended with Christie’s signature “sit down and shut up”—about every 12 minutes for days.

Christie, by the way, was anything but apologetic after the protestor interrupted his Hurricane Sandy tour. “I don’t look forward to doing that stuff but I won’t shrink away from it either, so, it’s just another day at the ranch at Rancho Christie,” he said.

But the coverage made it sound like he had decked the man. What a contrast with last year, when Time ran an admiring cover story with the headline “The Boss.”

“He’s big, he’s brash, and he’s not afraid of picking fights with Republicans or making allies of Democrats. Can Chris Christie bring his wayward party back to the center?”

Journalists used to swoon over this guy as authentic and in tune with blue-collar voters. What changed?

The answer, in a nutshell, is Bridgegate. The scandal over closing some approach lanes to the George Washington Bridge made Christie look like a petty, mean-spirited bully, even though he insisted he didn’t know what his top aides were doing. And no evidence emerged in the subsequent investigations to contradict that.

Christie was clearly tarred by the scandal, which he initially joked about, but it also changed his media image, perhaps indelibly. Reporters used to love when he lashed out at the press. Now he’s practically a member of organized crime for raising his voice.

Sure, Christie goes on these cringe-inducing tirades. He went on way too long with that heckler. He does seem to revel in putting people down, and it’s an embarrassing mismatch when it’s just some Joe Blow.

Isn’t there some possibility that voters frustrated by a no-drama president might like the prospect of a leader who gets mad, figuring he might channel that anger on their behalf?

Even if he tones it down, Chris Christie faces other 2016 obstacles, including that he may be too moderate for a predominantly conservative party. But it now seems he will have to engage the media in fisticuffs as well.