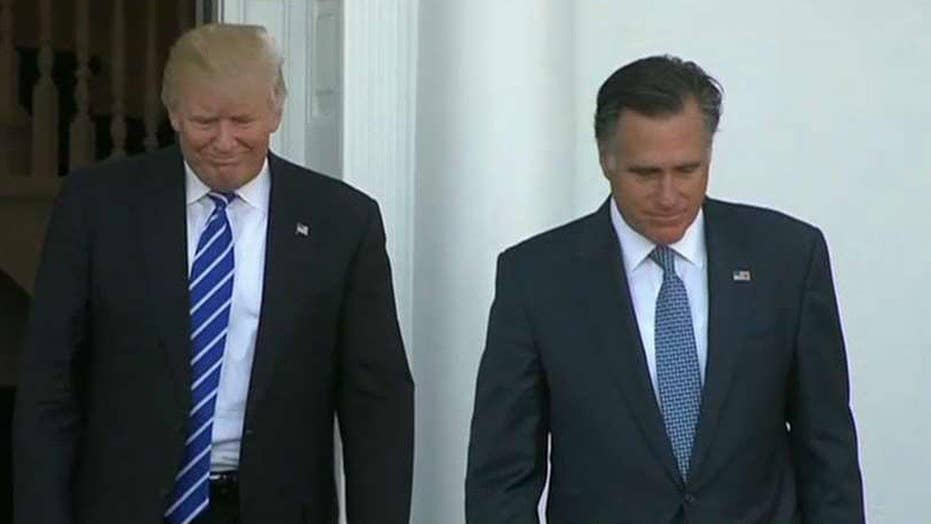 Trump meets with Mitt Romney as he shapes his Cabinet

President-elect Donald Trump is leaning toward asking former Massachusetts Gov. Mitt Romney to be his secretary of state, according to people familiar with the deliberations.

The next U.S. president is also likely to name retired Marine Gen. James Mattis to serve as secretary of defense in his administration, and South Carolina Gov. Nikki Haley is the leading candidate to be the next ambassador to the United Nations, the people said.

Delaying Mr. Trump’s decision about secretary of state is an internal tug of war between supporters of Mr. Romney, and those urging the selection of former New York Mayor Rudy Giuliani. A third group is pressing the president-elect to keep searching for candidates.

The New York businessman views Mr. Romney as the prototypical choice to be the nation’s top diplomat, and a group of advisers inside the transition are pushing him to select the 2012 Republican presidential nominee. Two people said Mr. Trump is inclined to select Mr. Romney.

A Michigan native, Mr. Romney was the son of prominent auto executive and later Michigan Gov. George Romney. Before turning to politics, Mr. Romney founded Bain Capital, a private-equity firm, and rescued the financially troubled 2002 Winter Olympics in Salt Lake City, during which he interacted with an array of world leaders. He was elected governor of Massachusetts that same year.