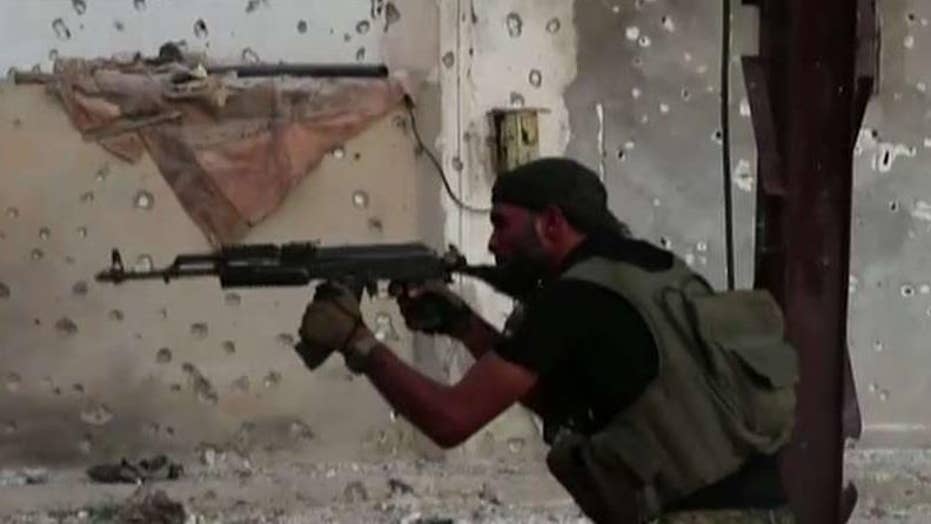 U.S. officials say they are unclear as to when the 5-day cease-fire announced by Vice President Pence officially begins; national security correspondent Jennifer Griffin reports from the Pentagon.

Senate Majority Leader Mitch McConnell rebuked President Trump’s withdrawal of troops from Syria on Friday, calling it a “grave strategic mistake” in an op-ed that claimed the move had set back the U.S. fight against Islamic terrorism in the region.

“Withdrawing U.S. forces from Syria is a grave strategic mistake. It will leave the American people and homeland less safe, embolden our enemies, and weaken important alliances,” McConnell, R-Ky., writes for The Washington Post. “Sadly, the recently announced pullout risks repeating the Obama administration’s reckless withdrawal from Iraq, which facilitated the rise of the Islamic State in the first place.”

Trump has faced fierce bipartisan criticism for his decision to move U.S. forces from northern Syria, effectively abandoning Kurdish fighters who have long been allied with the U.S. and subsequently clearing the way for an invasion by Turkey, which views the Kurds as terrorists.

But Trump hailed the move as a “tremendous success” after a cease-fire agreement was secured on Thursday. Turkey's military incursion into northeastern Syria last week, known as Operation Peace Spring, will pause during that time so Kurdish-led forces can pull back from a 20-mile-wide safe zone on the Turkish-Syrian border. The U.S. and Turkey agreed that the military operation will end entirely upon completion of the Kurdish withdrawal, according to the deal.

In his op-ed, McConnell warns against America abandoning the “mantle of global leadership.” 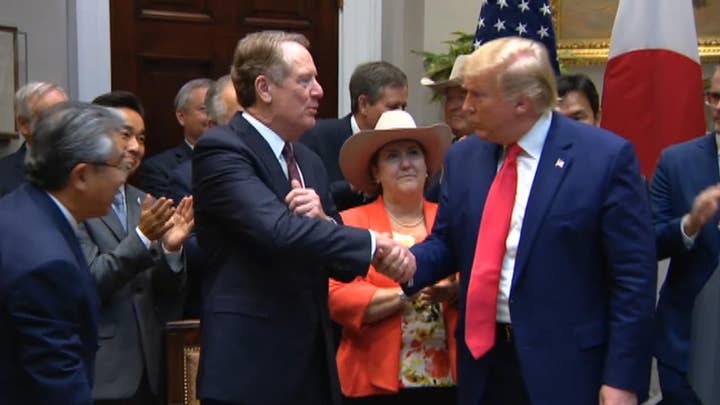 “If we abandon that mantle today, we can be sure that a new world order will be made — and not on terms favorable to us,” he said, an apparent reference to fears that Russia will use the U.S. withdrawal to strengthen its foothold in the Middle East.

“Even if the five-day cease-fire announced Thursday holds, events of the past week have set back the United States’ campaign against the Islamic State and other terrorists,” he argues. “Unless halted, our retreat will invite the brutal Assad regime in Syria and its Iranian backers to expand their influence. And we are ignoring Russia’s efforts to leverage its increasingly dominant position in Syria to amass power and influence throughout the Middle East and beyond.”

He urges the president to keep a “limited military presence” in Syria, as well as maintaining U.S. presence in both Iraq and Afghanistan, before taking a shot at President Trump’s comments about ending “endless wars” by arguing that wars do not end, but are only won or lost.

“America’s wars will be “endless” only if America refuses to win them,” he writes.

Those concerns have been shared by other hawkish GOP senators, including Sens. Lindsey Graham, R-S.C. and Mitt Romney, R-Utah, who said that the withdrawal strengthens Iran, Russia and Syrian dictator Bashar al-Assad.

Trump, however, has pushed back against that criticism, and on Friday night, urged Americans to "think of how many lives we saved in Syria and Turkey by getting a ceasefire yesterday."

"Thousands and thousands, and maybe many more!" he tweeted.