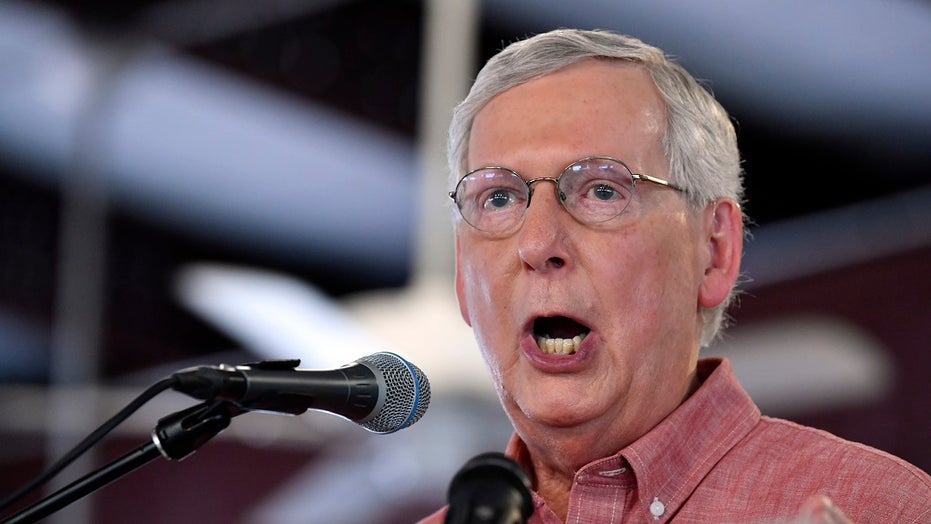 McConnell injured his shoulder after he tripped and fell while on the outside patio of his Louisville home. The specifics of his injury, such as which shoulder was injured, was not revealed.

"This morning, Leader McConnell tripped at home on his outside patio and suffered a fractured shoulder," David Popp, McConnell's communications director, said in a statement.

The 77-year-old was treated and released and is working from his home, Popp said.

McConnell returned to Kentucky after the Senate began a five-week recess Thursday, hailing the chamber for a hard-won budget deal that staves off a possible government shutdown.

The statement said the senator had expressed his sympathies to the people of El Paso, Texas, and Dayton, Ohio, following the recent mass shootings in those communities and that he had been in touch with Republican Sens. John Cornyn of Texas and Rob Portman of Ohio to "express his deepest sympathies for the people of El Paso and Dayton and discuss the senseless tragedies of this weekend."

Mass shootings within hours of each other in both cities killed a combined 29 people and injured dozens more.

Several Democrats including Senate Minority Leader Chuck Schumer, D-N.Y., called on McConnell to call the Senate back Capitol Hill for an emergency session to debate and vote on universal background checks legislation.