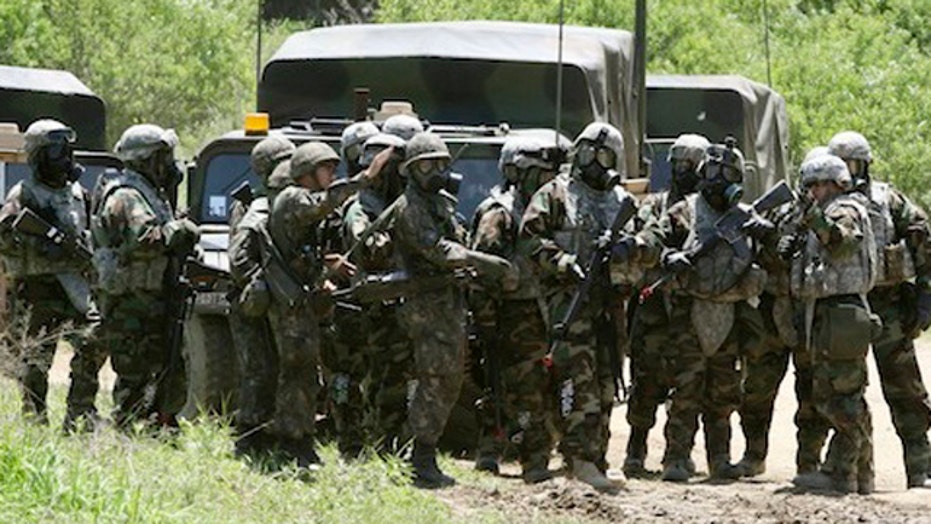 Military groups and lawmakers on both sides of the aisle are vowing to fight proposed cuts to the Pentagon budget set to be unveiled next week that could increase the cost of living for American troops, veterans and their families.

The military spending plan outlined by Defense Secretary Chuck Hagel on Monday calls for smaller pay rises and controversial reductions in housing allowances, health benefits and other subsidies for service members and retirees.

"We know the Defense Department must make difficult budget decisions, but these cuts would hit service members, making it harder for them and their families to make ends meet,” Paul Rieckhoff, founder and executive director of Iraq and Afghanistan Veterans of America, said in a statement.

The budget proposal includes a 5 percent reduction in housing allowances and would require military retirees and certain active-duty family members to pay more for health care deductibles and co-pays, The Washington Post reported.

According to the Military Officers Association of America, an Army sergeant with a family of four would see an annual loss of $1,400 as a result of the reduction in housing subsidies and a proposed 1 percent cap on pay raises. An Army captain would lose $2,100, the group said.

"What’s unknown is the overall financial impact to members and their families when you add these pay and housing reductions to the proposals to cut back on the commissary benefit and change military health care," Norb Ryan, the association's president, said in a statement.

Subsidies for military commissaries, where troops, veterans and their families purchase discounted groceries, would be reduced from $1.4 billion to $400 million over three years, The Washington Post reported. The stores would continue to pay no rent or taxes under the plan.

According to the Defense Commissary Agency, military families can save an average of 30 percent or more on groceries by shopping regularly at commissaries. CNNMoney reported that military families could see a $3,000 annual grocery bill hike under the proposal.

A hearing Tuesday of the Senate Armed Services Committee provided a glimpse at some of the debates that await the plan.

Sen. Carl Levin, D-Mich., the chairman, asked Obama's nominee for the No. 2 post at the Pentagon to justify reductions in housing allowances, health benefits and a temporary hold on pay raises for generals and admirals.

"We want to compensate our men and women for everything that they do for their nation, but we need to slow down the growth of personnel compensation so that we can spend more money on readiness and modernization," said Robert Work, a former top Navy official nominated to be deputy secretary of state.

"We have to make some savings," added Michael McCord, nominee for undersecretary of defense. He said civilian and military compensation comprises half of the Pentagon's budget.

On Capitol Hill, evidence suggests appetite is waning for difficult decisions on defense reductions, especially as the nation gears up for congressional elections in November.

Two weeks ago, the House and Senate overwhelmingly eliminated a cut in veterans' benefits of less than 1 percent that lawmakers themselves enacted only in December. On Tuesday, a Democratic bill expanding health, education and other benefits for veterans at a cost of $21 billion over the next decade unanimously cleared an initial hurdle, with the Senate voting 99-0 in favor of starting debate.

"There's a lot of need in the veterans community," said Sen. Bernie Sanders, I-Vt., who sponsored the legislation.

Still, the measure faces an uncertain future. Some Republicans consider it a campaign season ploy by Democrats to force them to oppose helping veterans. The House has approved some of the benefit improvements in Sanders' bill, but Republicans controlling that chamber oppose other parts and want other ways of financing the costs.