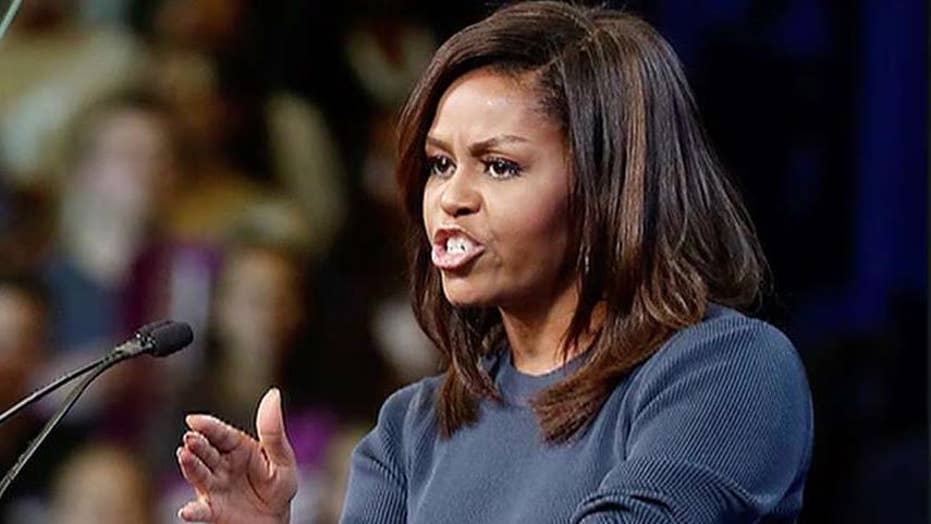 Sour grapes gloom and doom from Michelle Obama on Trump?

First lady tells Oprah in interview that Americans feel like they have no hope since Trump's election and that a'grown-up' should be in the White House. Is she just bitter about the election or is there a grain of truth in her assessment? #Tucker

President-elect Donald Trump on Saturday was gracious to first lady Michelle Obama, yet he countered her suggestion that the United States has lost "hope" since Trump's November victory, saying Obama must have been talking "about the past."

"Michelle Obama says there is no hope,” Trump said at a rally in Alabama. “I assume she was talking about the past not the future. I honestly believe she meant that statement differently than the way it came out.”

Alabama Supreme Court Justice Tom Parker was even more blunt during his opening remarks for Trump, speaking directly to Obama: "Yes, Michelle, we have hope again."

Obama said in an excerpt of her final White House interview, conducted by Oprah Winfrey: “We feel the difference now. ... Now we’re feeling like what not having hope feels like. … What do you do if you don’t have hope, Oprah?”

The full interview is scheduled to air Monday on CBS-TV.

President Obama was a first-term Illinois Democratic senator when he won the White House race in 2008 with a captivating message of hope and change and became the country’s first black president.

“Barack didn’t just talk about hope because he thought it was a nice slogan to get votes,” the first lady said in the CBS interview. “He and I and so many believe: What else do you have if you don’t have hope?”

The first lady during her time in the White House made top priorities of empowering young women and promoting healthy eating habits.

She argued in the interview that children are the ones who most need hope.

And to try to explain how her husband gave Americans hope, she said he was like the soothing parent who didn’t overreact when a child bumps his or her head on a table.

“Barack has been that for the nation,” the first lady said.