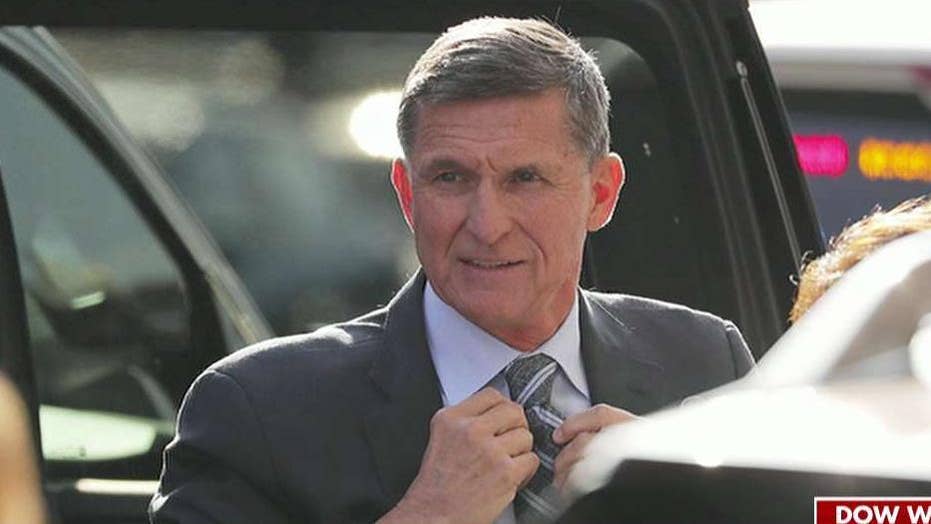 Flynn, 60, pleaded guilty in December 2017 to making false statements to the FBI regarding his talks with a Russian ambassador. Flynn was scheduled to be sentenced Dec. 18, but Judge Emmet G. Sullivan delayed it – after tearing into Flynn.

"Arguably, you sold your country out," Sullivan told Flynn, saying he would not hide his "disgust" or "disdain" for the offense.

Ahead of his sentencing, Flynn’s lawyers maintained he had devoted his career to his country and taken responsibility for an “uncharacteristic error in judgment.” Flynn is a retired three-star Army general who served as Trump’s national security adviser for nearly a month at the beginning of his administration.

"The seriousness of the defendant’s offense cannot be called into question, and the Court should reject his attempt to minimize it. While the circumstances of the interview do not present mitigating considerations, assuming the defendant continues to accept responsibility for his case ... his cooperation and military service continue to justify a sentence at the low end of the guideline range," Mueller concluded in a document replying to Flynn's sentencing memorandum.

Here’s a look at how Flynn – who was one of the more polarizing characters in Trump’s administration – is involved in the Russian investigation.

Why did Flynn leave the White House?

Flynn resigned as Trump’s national security adviser in February 2017 over revelations that he misled Vice President Mike Pence about his communications with Russia’s former ambassador to the U.S., Sergey Kislyak.

“I have nothing to be ashamed for and everything to be proud of,” Flynn told Fox News at the time.

How is he connected to the Russia investigation?

He pleaded guilty to lying to the FBI about conversations he had during the presidential transition period and is expected to become the first White House official punished in the special counsel’s ongoing probe into whether the Trump campaign colluded with Russia during the 2016 election.

Mueller’s team filed a memorandum suggesting Flynn deserved a lenient sentence – with possibly no prison time – because of the “substantial” help he offered as part of “several ongoing investigations.” Overall, Flynn sat for 19 interviews with the special counsel’s office and other Justice Department officials.

“Given the defendant’s substantial assistance and other considerations set forth below, a sentence at the low end of the guideline range, including a sentence that does not impose a term of incarceration – is appropriate and warranted,” the memo states.

Flynn’s lawyers said he has expressed “genuine contrition for the uncharacteristic error in judgment” and has a “deep respect for the law.”

What do we know about his lobbying work?

Aside from Russia, Flynn is also involved in a separate investigation into Turkish lobbying work headed by prosecutors in Virginia, according to The New York Times.

Flynn’s former lobbying firm is being probed for work they did on a campaign against Fethullah Gulen, a Turkish cleric and green-card holder living in Pennsylvania. Turkish President Recep Tayyip Erdogan has accused Gulen of being behind a botched coup and has sought his extradition. Gulen has denied the allegations, and U.S. officials have rebuffed Turkey's extradition demands, citing a lack of evidence.

Flynn Intel Group, Inc., carried out $530,000 worth of lobbying and research work for several months, including during the end of the 2016 campaign.

Flynn’s attorneys have pointed out that two FBI officials involved in interviewing Flynn have since been investigated themselves for misconduct. FBI counterintelligence agent Peter Strzok, who interviewed Flynn, was fired a year later over anti-Trump text messages. Then-FBI Deputy Director Andrew McCabe, who had arranged the interview but wasn't present for it, was fired for what the Justice Department called a lack of candor involving a media leak. 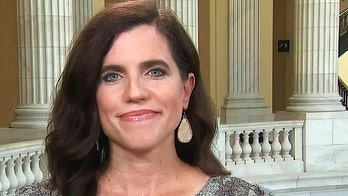