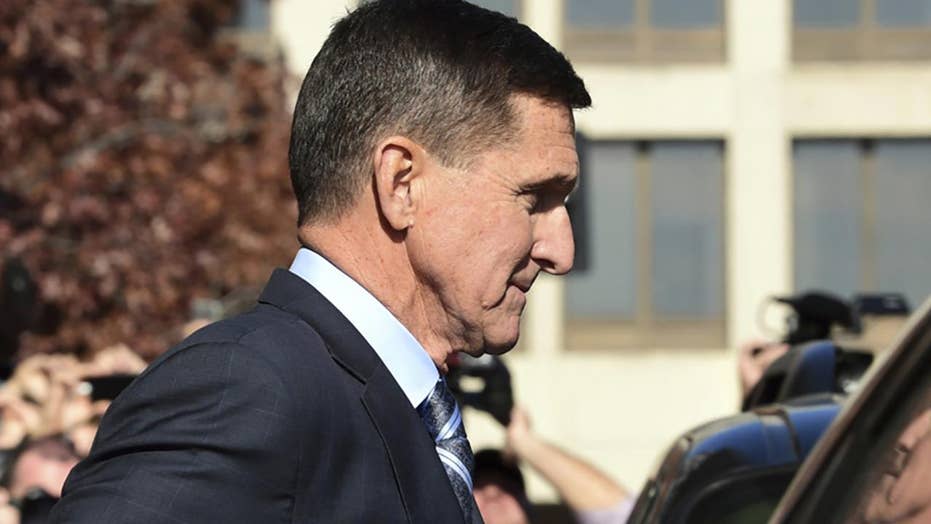 An ex-business associate of former national security adviser Michael Flynn pleaded not guilty on Tuesday after being charged by a federal grand jury with alleged illegal lobbying on behalf of the Turkish government in the United States.

Bijan Rafiekian, also known as Bijan Kian, appeared in U.S. District Court in Alexandria, Virginia on Tuesday and entered a not guilty plea. He requested a jury trial, which is now expected in early 2019.

Kian was charged after allegedly being involved in a conspiracy to “covertly influence U.S. politicians and public opinion” against a Turkish citizen living in the U.S. whose extradition had been requested by the Turkish government, according to an indictment unsealed on Monday. Kamil Ekim Alptekin of Istanbul was also charged.

That Turkish citizen is Fethullah Gulen, whom Turkish President Recep Tayyip Erdogan has accused of directing a failed coup.

The alleged plot detailed in Monday’s indictment included using a company founded by Kian, referred to in the filing as “Company A,” based upon “Person A’s” national security expertise. Person A is Michael Flynn.

According to the indictment, the purpose of the conspiracy was to use Company A to “delegitimize the Turkish citizen in the eyes of the American public and United States politicians, with the goal of obtaining his extradition, which was meeting resistance at the U.S. Department of Justice.”

Both Kian and Alptekin failed to register under the Foreign Agents Registration Act (FARA), under which Flynn, the former White House national security adviser, also failed to register connected with his work with Turkey. According to the indictment, Rafiekian was vice chairman of Flynn's business group, the Flynn Intel Group. The two worked throughout 2016 to seek ways to have cleric Gulen extradited from the U.S. to Turkey.

Meanwhile, Flynn pleaded guilty to making false statements to the FBI regarding his contacts with the former Russian ambassador Sergey Kislyak, as part of Special Counsel Robert Mueller’s investigation into Russian meddling and potential collusion with Trump campaign associates in the 2016 presidential election.

But according to Mueller’s statement of Flynn’s offense, the former national security adviser also made “materially false statements and omissions” in Foreign Agent Registration Act filings to the Justice Department regarding his lobbying projects with Turkey. In the FARA filing, Flynn allegedly falsely stated that his company, Flynn Intel Group Inc., “did not know whether or the extent to which the Republic of Turkey was involved” in a Turkey project, and that the project was focused on improving U.S. business organizations’ confidence regarding doing business in Turkey.

Mueller's office has only charged him with one count of false statements regarding his communications with the Russian ambassador. Flynn is expected in federal court later Tuesday for his sentencing hearing in connection with that charge. Earlier this month, Mueller's office recommended a lenient sentence for Flynn, with the possibility of no prison time, stating that Flynn had provided "substantial" help to federal investigators about "several ongoing investigations."