A California court orders the eviction of Michael Avenatti's law firm from its offices for skipping four months of rent.

Michael Avenatti, a presumptive 2020 presidential candidate, is in hot water after being hit with an avalanche of legal, political, financial, and personal troubles, raising questions whether this is the beginning of the end for the firebrand lawyer who gained celebrity status thanks to his opposition to President Trump.

The Republican lawmaker cited contradictory statements by both Avenatti and Swetnick in media interviews and pointed to an NBC interview on Oct. 1, where Swetnick backtracked on her central claim that she saw Kavanaugh spiking punch at high school parties in the 1980s.

According to an NBC News report on Thursday, Avenatti’s second Kavanaugh accuser, whose sworn statement was provided to the Senate Judiciary Committee to boost Swetnick’s credibility, also walked back on the allegations even before the lawyer could post her statement on social media.

While her statement claimed she saw Kavanaugh “spike” the punch at the parties, she said “I didn't ever think it was Brett” in a phone interview with the outlet set up by Avenatti. She also said “no” to a question if she ever witnessed Kavanaugh acting inappropriately towards women. 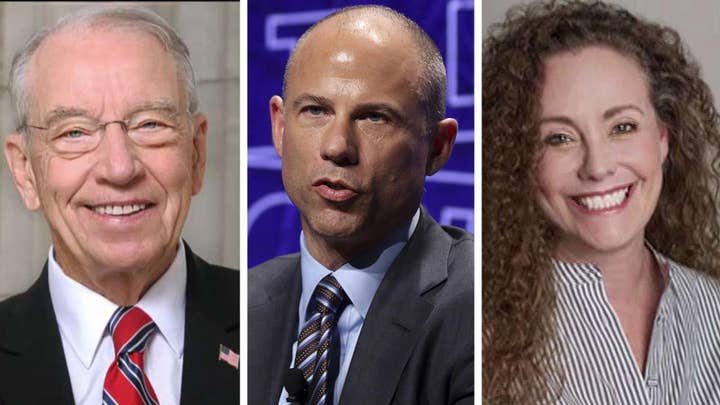 Avanatti’s action’s during the Kavanagh confirmation process have damaged him in the eyes of many Democrats who perceived his tactics as counterproductive. The outlandish allegations of “gang” and “train” rapes at parties merely helped cloud the testimony of Christine Blasey Ford who first came forward with the accusations of sexual misconduct.

Seemingly a permanent fixture on CNN or MSNBC earlier this year only for the appearances to have recently dried up, Avenatti was forced to call a press conference to address Grassley’s referral.

“Senator Grassley just stepped in it, to be clear,” Avenatti told reporters as he denied the charges. “Thank you, Senator Grassley. It is Christmas in October... It is phenomenal. They want to make this an issue? I say, bring it.”

But the referral is just one of the problems Avenatti is currently facing. The same day as Grassley’s announcement, Avenatti came under fire for suggesting the 2020 Democratic presidential nominee should “better be a white male.”

Supporters of Democrats condemned Avenatti’s comments – despite his insistence that the quote was made up – in a number of comments on social media.

“Let me be unmistakably clear on something. F--- Michael Avenatti,” tweeted progressive activist Shaun King, who compared him to Bob Odenkirk's slimy lawyer in the TV show Breaking Bad. “This man is a clown. He’s Better Call Saul. And now we are learning he’s also a sexist bigot.”

“Michael Avenatti is the personification of 'progressives' who still traffic in white supremacy and the patriarchy,” wrote Symone Sanders, former spokesperson for Bernie Sanders’ 2016 presidential campaign.

On top of that, Avenatti was ordered on Monday to fork out nearly $5 million to an attorney at his former firm. In a separate trial the same day, his law firm was evicted from its offices in Orange County, California for unpaid rent.

MICHAEL AVENATTI ORDERED BY JUDGE TO HAND OVER $4.85 MILLION IN BACK PAY TO ATTORNEY AT HIS FORMER LAW FIRM

The rulings followed a revelation that the lawyer, who boasts of winning over $1 billion in legal cases for his clients, has allegedly been living a luxurious life while owing millions of dollars in unpaid taxes, the Daily Beast reported.

Lisa Storie-Avenatti, his soon-to-be ex-wife, previously told Fox News that she needs “to be divorced and if [Avenatti] continues to paint the narrative, he can ignore our case!”

She also asked to read their divorce court records and said: “Tell me where our money and his time has been spent.” 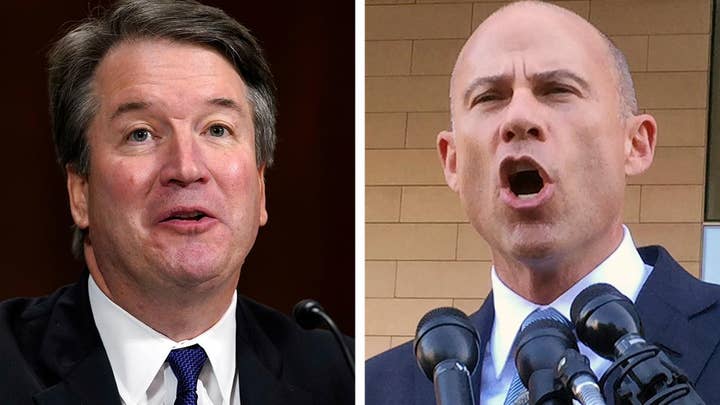 The divorce records reviewed by Fox News show that Storie-Avenatti branded her husband “emotionally abusive” and “angry and vindictive” after he allegedly verbally ambushed and threatened her in the wake of their messy divorce.

“[Avenatti] is hot tempered and used to having his way – when he doesn’t he gets extremely loud and verbally aggressive,” she said, according to court documents.

Avenatti denied his wife’s allegations to Fox News in May. Storie-Avenatti later sent an email – shared with Avenatti – backtracking on her allegations that were made under oath. 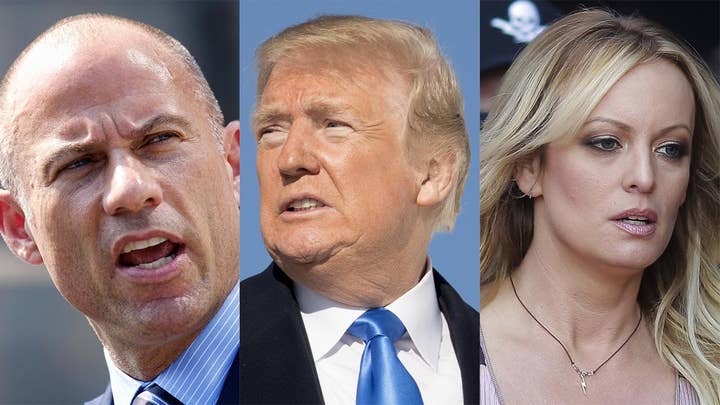 But even the issue that made Avenatti a household name is fizzling out after his legal challenge against Trump on behalf of Stormy Daniels was dismissed on free speech grounds earlier this month.

Daniels sued the president for defamation in April over a tweet in which he denied her claims of being threatened by a man in a Las Vegas parking lot in 2011.

Trump teased Avenatti after the case was dismissed and he became entitled to an award of his attorneys’ fees against Stormy Daniels.