The Knavs had been living in the U.S. as lawful permanent residents.

The couple was escorted to and from the Manhattan ceremony by Homeland Security police. 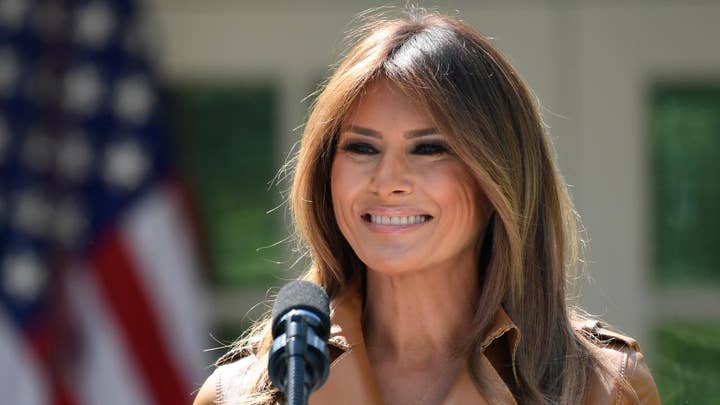 MELANIA TRUMP ENTERED US WITH 'EINSTEIN' VISA FOR THOSE WITH 'EXTRAORDINARY ABILITY': REPORT

Trump was raised in Slovenia by her parents while the country was still under Communist rule. Viktor Knavs, 74, was a car dealer, and Amalija Knavs, 73, was employed in a textile factory.

The couple made headlines in May after they were seen visiting a federal building in New York City with their immigration attorney.