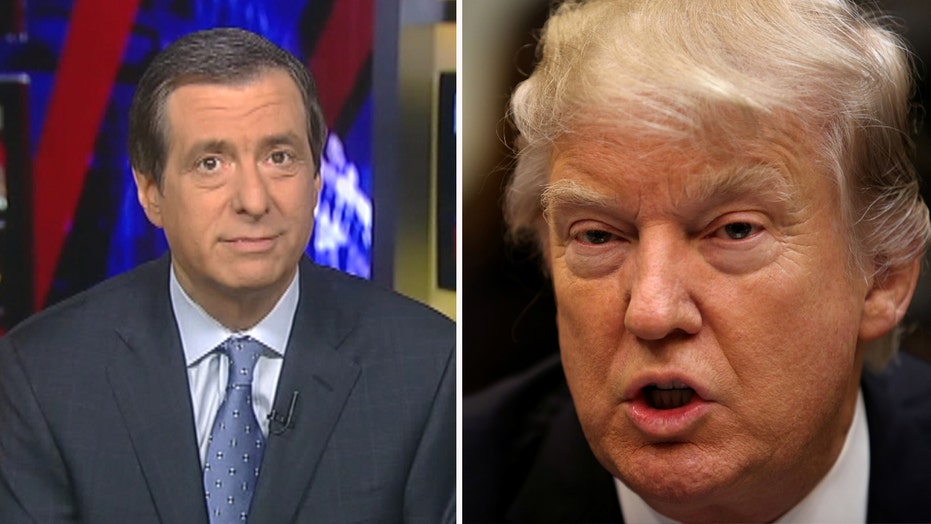 If there is one word that sums up the media’s coverage of President Trump’s temporary ban on refugees and visas, it would be chaos.

The impression of chaos was fueled by long lines and protests at airports, and deepened by reports about top administration officials who didn’t know about the final order.

But the rocky rollout should not be conflated with the merits of the policy itself, which is something Trump repeatedly promised to do during the campaign. It was always going to be hugely controversial, but it is also billed as a temporary measure to tighten vetting against potential terrorists.

The knives were out for Stephen Miller, the campaign speechwriter turned domestic policy chief, who played a key role in drafting the orders, a process supervised by Steve Bannon (who drew some flak over the announcement that he’ll be attending some NSC meetings).

Joe Scarborough went off on Miller on MSNBC, saying he is too young and inexperienced to understand the importance of consulting other agencies: “And by the time you’re 35, maybe you’ll know how Washington and the White House really works,” Scarborough said. “If you’re still around. I hope you’re not, because this weekend was a disgrace and it’s all on your shoulders.”

Miller defended the approach on “CBS This Morning,” saying “anytime you do anything hugely successful that challenges a failed orthodoxy, you're going to see protest. In fact, if nobody's disagreeing with what you're doing, then you’re probably not doing anything that really matters in the scheme of things.”

But Miller doesn’t make the final decisions; the president does.

In the larger picture, there are two sides to this emotional debate. What’s been overshadowed is the need for better vetting to stop terrorists from coming into this country by posing as refugees or overstaying their visas.

Also overshadowed: that President Obama banned Iraqi refugees for six months in 2011 (though the parallels are not exact), and that the seven predominantly Muslim countries covered by the order were identified by the Obama administration.

But the orders also extended to green card holders, who after extensive review are deemed legal U.S. residents, and the White House seems to have walked that back.

On the Sunday shows, Kellyanne Conway and Sean Spicer made the point that 109 people were detained out of the 325,000 traveling that day.

What buttresses the impression that the whole thing was badly rushed is stories like this one in the New York Times, reporting that Homeland Security Secretary John Kelly learned about the final order while on a conference call during a flight from Miami: “Halfway into the briefing, someone on the call looked up at a television in his office. ‘The president is signing the executive order that we’re discussing,’ the official said, stunned.”

Trump tweeted yesterday that “if the ban were announced with a one week notice, the ‘bad’ would rush into our country during that week. A lot of bad ‘dudes’ out there!”

Politico Magazine’s editor-in-chief calls this “an international mess” and a “political embarrassment” in a piece headlined “President Trump’s First Defeat.” A defeat? Just because it’s triggered lawsuits and protests (the latter endorsed in the first statement by former president Obama) doesn’t make the ban a failure.

Here are assessments from the right and the left, starting with National Review:

“The instant backlash, which has culminated in thousands of protesters creating chaos at the nation’s airports, is the result more of knee-jerk emotion than a sober assessment of Trump’s policy.”

After citing the Obama precedents, the piece says: “Trump’s order displays much of the amateurism that dominated his campaign. There seems to have been no guidance provided by the White House and the Department of Homeland Security to the officials nationwide who would be responsible for executing the order; and on Saturday, as refugees were being detained at airports across the country, it was reported that local officials were struggling to contact Customs and DHS higher-ups.”

On the other side, Slate says the order “gravely threatens not only American values but also U.S. security interests…American armed forces, after all, are conducting military operations of some sort—from ground combat and airstrikes to special-operations missions—in all but one of those seven countries (Iran). The local soldiers they’re fighting alongside or advising—and the local people who are tolerating their presence—are likely to turn distrustful, possibly hostile, if the American president is telling them that under no circumstances will they be allowed to come into our country because they might be terrorists.

“In other words, with this order—which has come under major protest from citizens, judges, and many legislators—Trump is making it harder to defeat ISIS by telling the allies and main forces in that fight that they aren’t good enough to set foot in America.”

With lawsuits being filed and Democrats up in arms, this debate will continue to play out. But it will be pushed lower on the media radar tonight when Trump announces his Supreme Court nominee, and I doubt the hastening of that announcement is an accident.