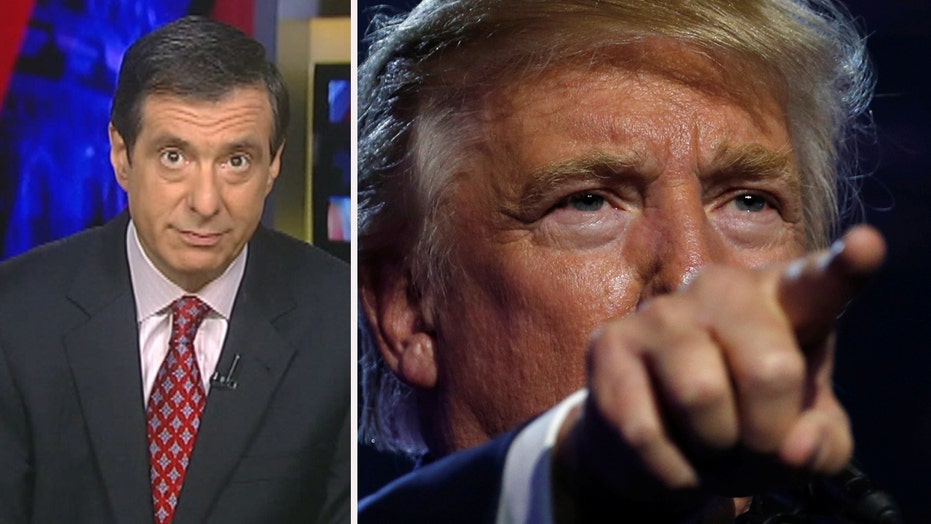 Donald Trump is now openly accusing the media of rigging the election, while much of the media accuse him of trafficking in crackpot conspiracy theories.

There’s no pretense any more, no fig leaf of honest but aggressive engagement. And that is driving us toward a bizarre finish in the strangest election of modern times.

From Trump’s vantage point, the press is pounding him with past allegations of sexual misconduct from nine women, which he vehemently denies. And he is using more dramatic rhetoric, as in this tweet: “Polls close, but can you believe I lost large numbers of women voters based on made up events THAT NEVER HAPPENED. Media rigging election!”

From the media’s vantage point, on-the-record allegations from the women accusing Trump are worthy of reporting, as they were in many cases during Bill Clinton’s sex scandals during the 1990s. And many journalists fear Trump is laying the groundwork for discrediting the system if he loses the election—and blaming the press.

What’s stunning to me is that the Republican nominee is spending so much time building a case to explain a possible loss in three weeks, rather than stressing the issues that could help him win. He is riling up his base, which is good for him, but doing little to expand that base as he trails Hillary Clinton.

The media view is perfectly captured in the first paragraph of this Washington Post news story yesterday:

“He is preaching to the converted. He is lashing out at anyone who is not completely loyal. He is detaching himself from and delegitimizing the institutions of American political life. And he is proclaiming conspiracies everywhere — in polls (rigged), in debate moderators (biased) and in the election itself (soon to be stolen).”

The Post goes on to say that Trump is “fully inhabiting his own echo chamber,” that he is “increasingly isolated from the country’s mainstream and leaders of his own party,” that he is feeding his fiercest fans “dire warnings that their populist movement could fall prey to dark and collusive forces.”

And: “This is a campaign right out of Breitbart.”

That, of course, is the conservative website and self-described champion of the alt-right, Steve Bannon, the Trump campaign chairman who is on leave from running the site.

Speaking of Breitbart, it’s playing up a Morning Consult/Politico poll in which 73 percent of Republicans and 17 percent of Democrats believe the election could be stolen from Trump.

Kellyanne Conway, Trump’s campaign manager, told CNN in a brief interview that her boss has been talking about the media being rigged, not the electoral system. “Anybody who reads the newspaper online or in print or has a remote control probably has recognized that in many ways, the fix is in for Mrs. Clinton when it comes to the mainstream media,” she said. Conway said the campaign would act only if there’s “compelling evidence of voter fraud,” especially in early voting.

But as Mediaite noted, CNN then cited a Trump tweet:

“Of course there is large scale voter fraud happening on and before election day. Why do Republican leaders deny what is going on? So naive!”

Even such conservative journals as National Review are taking issue with that:

“Donald Trump is playing the sore loser, and he hasn’t even lost yet…

“As a factual matter, this is, of course, bunk. The electoral process, from bottom to top, is managed by citizens and governed by a dense body of election law. Vote-counting is heavily scrutinized by party officials and independent monitors, and irregularities are subject to legal challenge.”

But , the magazine adds, “as for the media, there is no doubt that the press hates Donald Trump with a passion, and it shows.”

Politico, which days ago accused Trump of joining the “black helicopter” crowd, now serves up a dark view of the post-election landscape:

“Donald Trump is laying the groundwork to lose on Nov. 8, refuse to concede the election, and teeter the country into an unprecedented crisis of faith in government. Republicans and Democrats, in Washington and beyond, fear that the aftermath of the 2016 election will create a festering infection in the already deep and lasting wound that the campaign is leaving on America.”

Politico adds that top Clinton and Obama aides, plus congressional leaders, see the Trump strategy as “part kamikaze mission to take down Clinton, part temper tantrum by a man who has never been embarrassed on either this scale or spotlight.”

Even worse, says Politico, they fret about “how his egged-on followers might respond, and the violence — perhaps against Muslims, Latinos or any of the many other groups he has targeted in his campaign rhetoric — that might follow.”

I always think it’s risky business to hold candidates responsible for what nutty followers say or do in their name. At a Trump rally in Ohio, the Wall Street Journal found a guy named Dan Bowman who said: “I feel Hillary needs to be taken out. If she gets in the government, I’ll do everything in my power to take her out of power. If I have to be a patriot, I will.”

Rather chilling—but unfair to blame the candidate (even with that flap over what he once said about “Second Amendment people”).

Meanwhile, the greatest actual violence of the campaign took place with the firebombing of a Trump campaign office in North Carolina, along with spray-painting about “Nazi Republicans.” Obviously, this was done by someone who hates Trump. I don’t think it’s fair for liberal commentators to blame the attack on an atmosphere whipped up by Trump. But I also don’t think it’s fair to blame “animals representing Hillary Clinton and Dems,” as Trump tweeted, without knowing who was responsible.

Bottom line: The media can certainly influence an election, but they can’t steal it. Ronald Reagan and both George Bushes won the White House without much admiration from the mainstream media.

Newt Gingrich, on ABC, embraced a blogger’s view that we are seeing a media “coup d’etat” in which “20 TV executives have decided to destroy him.”

But Ed Rollins, the Fox News contributor who runs a pro-Trump Super PAC, told Trish Regan that he disagrees with his candidate’s talk about a rigged election. “If he loses the election,” said Rollins, “it won’t be because of the media.”