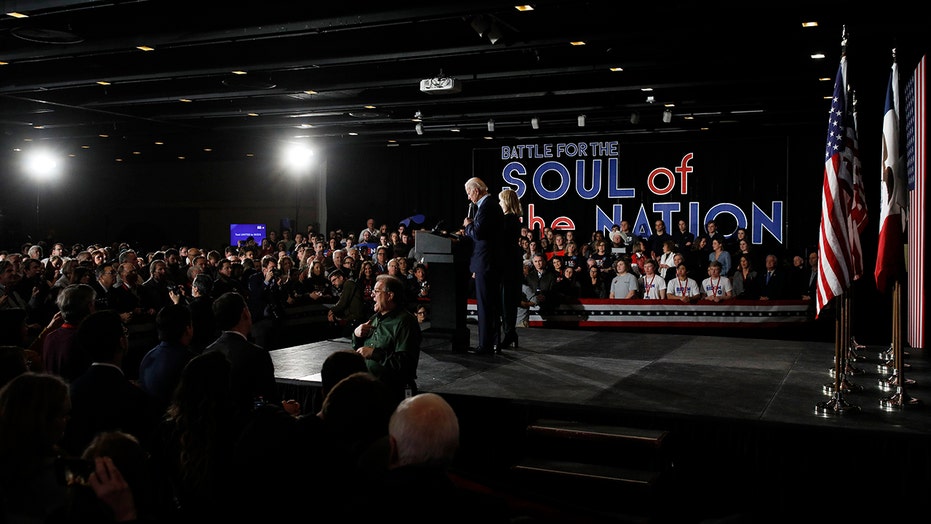 You had one job.

The Iowa Caucuses essentially collapsed in confusion when state party officials were unable to report any results.

It was a colossal failure on Monday night that will only fuel the criticism of the state’s first-in-the-nation role, with rules so complicated that journalists had trouble explaining them and the Democratic apparatus couldn’t even count the votes.

That didn’t stop the presidential candidates from spinning the non-results.

Pete Buttigieg, who seemed poised for a good night based on reports on those who showed up to caucus for him, declared that “by all indications, we are going on to New Hampshire victorious. “Because tonight, an improbable hope became an undeniable reality.”

Well, maybe. His words would have had more resonance if we knew how many votes he got.

Bernie Sanders said he has a “good feeling” and his campaign also says he got the most delegates. Elizabeth Warren called the outcome “too close to call.” Joe Biden, who said he would “walk out of here with our share of delegates,” had his campaign send a letter of complaint about the reporting difficulties.

And the Trump campaign did not miss an opportunity to crow that “Democrats are stewing in a caucus mess of their own creation with the sloppiest train wreck in history.”

HOW THE IOWA CAUCUSES WORK

It was a long and frustrating night that could provide the final nail in the coffin for critics who say the Iowa Caucuses are a crazy-quilt contraption that favors those who have three hours to show up on a wintry night and debate with their neighbors. Even if everything had gone smoothly, Iowa Democrats planned to release three sets of results that would inevitably muddy the waters.

And the eventual announcement will leave only a few hours of media coverage before the television networks are wall to wall with President Trump’s State of the Union tonight.

The quadrennial debate over how much this small, predominantly white, most rural state really matters evaporates once we have winners and losers--or at least those upon whom the media confer that status. Never mind that few delegates are at stake,  it’s all about the perception of who has, as George H.W. Bush put it after winning Iowa, the Big Mo. (He of course lost to Ronald Reagan.)

Momentum turns in part on the media’s expectations game, which jacked up the notion that Sanders, who is undoubtedly surging, was favored to win the caucuses. The expectations exercise also led the pundits and pols not to expect a Joe Biden victory, but to insist on a strong showing lest he be deemed on the verge of collapse.

By the same token, Warren’s recent slippage in the polls set her up for what the prognosticators would dub a better-than-expected finish.

Never mind that Dick Gephardt, Mike Huckabee, Rick Santorum and others won Iowa and later faltered. Or that Trump finished second in Iowa and then clobbered his competition.

What matters to the media and to Democrats is that Jimmy Carter won Iowa (though he finished behind “uncommitted”), and Barack Obama won Iowa, and both wound up in the White House.

I do admire how seriously voters in Iowa (as well as New Hampshire)  take their responsibility to question the candidates and study the issues. Yet we in the press still treat the opening kickoff as if it’s the first half of the Super Bowl (which, if that were the indicator, the Kansas City Chiefs would have been lucky to get a tie).

But at least we knew who won the game when time had expired.