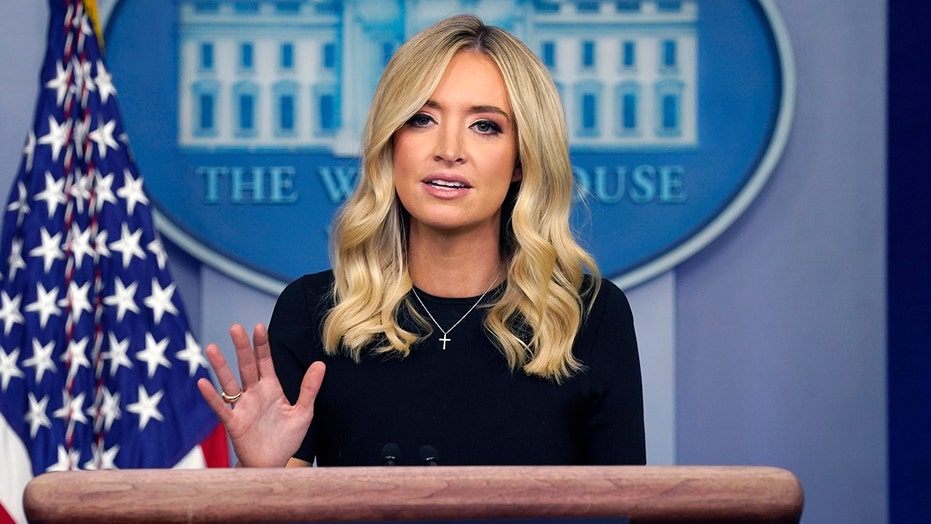 White House press secretary Kayleigh McEnany said Wednesday there is an “absolute double standard” because churches across the country are still facing coronavirus restrictions preventing them from holding services, while demonstrators have been able to pack together in large protests with little social distancing.

“There are absolutely double standards that we’ve seen,” McEnany said.

She added: “People should be allowed to worship. We have a First Amendment in this country. There’s a way to safely do it.”

The press secretary pointed to a task force set up by the Justice Department to look at civil liberties during coronavirus shutdowns.

McEnany said President Trump “absolutely sees an issue” with double standards, adding that there had been cases where people worshipping from their cars had been targeted by law enforcement officers.

Regarding a possible spike in coronavirus cases following the widespread protests, McEnany said “we’re monitoring that,” but added that the White House was pleased with the month-over-month decline in daily new cases. She said that in April, the U.S. saw an average of 30,000 daily new cases; 25,000 daily new cases in May, and was currently on track to see 20,000 new cases daily in June.

Still, McEnany said the president was happy with the progress of houses of worship reopening after he announced a policy deeming them “essential” in May.

“Here we are four weeks later and we haven't been hearing about rampant outbreaks in places of worship,” the press secretary said. “The First Amendment is a beautiful thing. People have the right to go to church or mosque or synagogue.”

MCENANY: TRUMP BELIEVES THERE ARE 'INSTANCES OF RACISM' BUT MOST COPS ARE 'GOOD PEOPLE'

In places both hard-hit by coronavirus and facing demonstrations that attract tens of thousands -- such as California, New York and New Jersey -- church doors were long-shuttered but have recently reopened at 25 percent capacity.

Trump announced during a press briefing that houses of worship are allowed to open Memorial Day weekend: "If they don't do it, I will override the governors."

"The churches are not being treated with respect by a lot of the Democrat governors," Trump told reporters on the White House lawn. "I want to get the churches open, and we're going to take a very strong position on that very soon ... including mosques."

"Churches, to me, they’re so important in terms of the psyche of our country," he said. "I think churches are essential."

The Justice Department (DOJ) has rebuked a number of states for cracking down on churches during the coronavirus pandemic. The DOJ sided with a Virginia church suing Gov. Ralph Northam after police threatened a pastor with jail time or a $2,500 fine for violating lockdown restrictions by holding a service on Palm Sunday.

U.S. Attorney General William Barr made it clear in April that federal prosecutors should "be on the lookout" for overly restrictive state and local shutdown orders that may infringe on people's constitutional rights -- especially when it comes to the First Amendment.

The DOJ also supported Kevin Wilson, the pastor of Lighthouse Fellowship Church on Chincoteague Island, who held a service on April 5 with 16 people in a church that could fit 293 people. He was later served a summons by police.