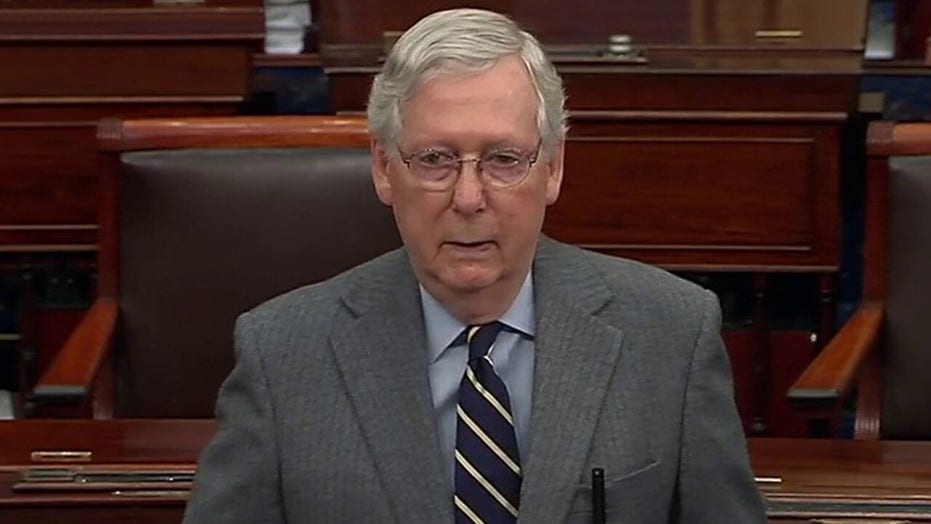 Schumer made the statement during an abortions rights rally hosted by the Center for Reproductive Rights as the court was hearing arguments in a case over an abortion-related Louisiana law.

After McConnell's remarks, Schumer took to the floor and began by claiming that McConnell made a "glaring omission" by not mentioning that Schumer was speaking regarding a Supreme Court case that could impact women's ability to get an abortion. He then admitted that he chose the wrong words to convey his message.

"Now I should not have used the words I used," Schumer said. "They didn't come out the way I intended to." 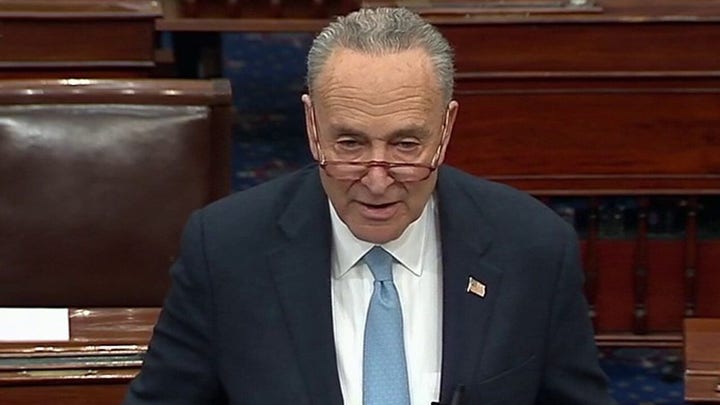 Schumer insisted he in no way meant to threaten Gorsuch or Kavanaugh, and that McConnell knows this. He claimed he was referring to the political consequences the case could have.

"I'm from Brooklyn. We speak in strong language," he said.

Schumer spokesman Justin Goodman previously insisted that Schumer was addressing Republican lawmakers when he said a "price" would be paid -- even though Schumer had explicitly named Kavanaugh and Gorsuch.

McConnell did not buy that, saying that Schumer was trying to "gaslight the entire country" by claiming he was not addressing the justices.

"But if he cannot even admit to saying what he said, we certainly cannot know what he meant," McConnell said. "At the very best his comments were astonishingly reckless and extremely irresponsible.”

The majority leader also referenced a past threat from Democratic Senators, who in an August 2019 brief said the Supreme Court was "not well" and should "heal itself before the public demands it be 'restructured in order to reduce the influence of politics.'" This was interpreted as a threat to pack the court by increasing the number of justices and loading the roster with liberals when a Democrat is in the White House.

McConnell was not the only senator who addressed Schumer's comments. Sen. Chuck Grassley, R-Iowa, called on Schumer to apologize.

"At best, it was an injection of partisan politics into the process that should be immune to these justices," Grassley said. "At worst it was a threat targeting two sitting members of the Supreme Court."

Sen. Josh Hawley, R-Mo., has indicated that he plans to introduce a resolution to censure the minority leader.

"I would call on Schumer to apologize, but we all know he has no shame," Hawley wrote Wednesday. "So tomorrow I will introduce a motion to censure Schumer for his pathetic attempt at intimidation of #SupremeCourt."

President Trump weighed in Wednesday, calling Schumer's comments "a disgrace to the Supreme Court and to the U.S. Senate," in an interview with Fox News' Sean Hannity.

Thursday morning, Trump tweeted that the New York Democrat "has brought great danger to the steps of the United States Supreme Court!"

Chief Justice John Roberts rebuked Schumer for the remarks, saying that "threatening statements of this sort from the highest levels of government are not only inappropriate, they are dangerous," and that the justices "will continue to do their job, without fear or favor, from whatever quarter."

Liberal Harvard Law School professor Laurence Tribe took the conservative Roberts' side, calling Schumer's words "inexcusable." He said Roberts was correct to say something and hoped that Schumer would apologize.

The American Bar Association said they were "deeply troubled" by Schumer's remarks.

"Whatever one thinks about the merits of an issue before a court, there is no place for threats -- whether real or allegorical," the ABA said in a statement. "Personal attacks on judges by any elected officials, including the President, are simply inappropriate. Such comments challenge the reputation of the third, co-equal branch of our government; the independence of the judiciary; and the personal safety of judicial officers. They are never acceptable."

Schumer spoke as protesters gathered outside the Supreme Court building amid oral arguments in the case of June Medical Services LLC v. Russo, which deals with a law requiring those who perform abortions to have admitting privileges at a nearby hospital. A similar law in Texas was struck down by the Supreme Court in 2016 because the resulting closure of facilities would create an "undue burden" on women seeking abortions. Schumer noted that the current case is the first "major" abortion case since Trump's court picks have been on the bench.

Fox News' Charles Creitz and Gregg Re contributed to this report.