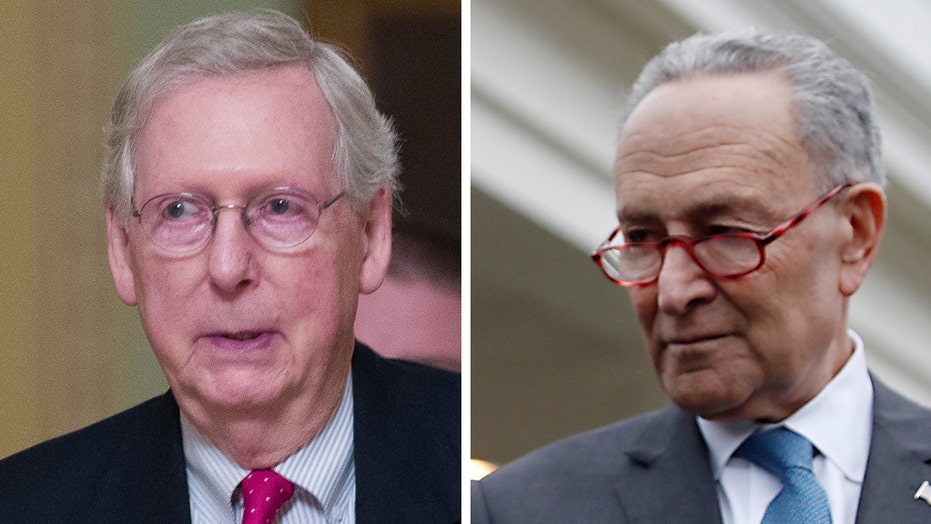 Braun: Senate Majority Leader McConnell's been very clear if he gets SCOTUS nominee there will be a vote

The verbal barbs are just the beginning of what is likely to be one of the nastiest political fights in recent American history over Republicans' plans to confirm a successor to the late Supreme Court Justice Ruth Bader Ginsburg before the presidential election. After a slew of moderates and electorally vulnerable members of their caucus came out to say they support moving ahead with a nomination, Republicans appear to hold the advantage in the brewing confirmation fight -- especially after Sen. Lisa Murkowski, R-Alaska, softened her position on potentially voting to confirm a Trump nominee on Wednesday.

"As we await the hurricane of misrepresentations and bad-faith attacks that seem almost guaranteed to pour out, we need to understand, in clear terms, why our colleague from New York is a uniquely non-credible messenger when it comes to the Senate’s role in judicial confirmations," McConnell said Tuesday. "[Modern judicial nomination] acrimony really got going in the early 2000s, when a group of Senate Democrats took the almost-never-used tactic of filibustering nominations and turned it into a constant routine for the first time ever."

McConnell said it was Schumer who was "the driving force behind those tactics." He said he was reading from 2003 New York newspaper clippings as he quoted the minority leader: "‘I am the leader (of the filibuster movement), and you know, I’m proud of it,’ said the senator from Brooklyn.’"

Schumer, meanwhile, parsed McConnell's words to accuse the minority leader of relying on a "fiction" precedent.

"At a press conference yesterday, here’s how the Republican Leader described the Senate’s role in confirming Supreme Court Justices," Schumer said. "He actually said: 'we have an obligation under the constitution [to consider a Supreme Court Justice]…should we choose to take advantage of it.'"

"Did you catch that...? It’s an obligation, but only if the Republican leader chooses to take advantage of it," he continued.

Schumer added: "If the Leader really wants to discuss precedent—real precedent, not fiction—we can dispatch with that conversation in about thirty seconds."

He proceeded to make a parliamentary inquiry to the chair at that time, electorally vulnerable Sen. Kelly Loeffler, R-Ga. Schumer asked if there had ever been a Supreme Court nominee confirmed between July and Election Day of a year in which there is a presidential election.

Loeffler replied that no such confirmation had ever happened in the Senate.

"As you just heard, not from the Democratic Leader, but from the records in the Senate as spoken by the Chair, there is no precedent for confirming a Supreme Court Justice between July and Election Day," Schumer said.

McConnell, however, accused Schumer of his own hypocrisy, saying that he "built an entire personal brand out of filibustering judicial nominees."

"So there actually has been one consistent principle, all this time. For the Democratic leader, two things qualify as a crisis when it comes to the courts," McConnell said. "The sky is falling when a Democratic president does not get to confirm every last judge he or she wants… and the sky is falling when a Republican president gets to confirm any."

James Wallner, the R Street Institute Resident Senior Fellow for Governance, told Fox News that the way both sides are handling the current confirmation battle -- and have treated politics in general over the past several years -- is unproductive.

"Both sides have this means-end view of politics now," Wallner said. "What that means is that essentially you have a certain end and basically you rationalize whatever it is you have to do to achieve that. Our institutions and our rules, the things that guarantee our freedom and liberty are incompatible with that kind of view."