McCabe, speaking to CBS News' "60 Minutes," recounted a conversation soon after Comey's firing about the ongoing Russia investigation in which he said Rosenstein told him: "I never get searched when I go into the White House. I could easily wear a recording device. They wouldn't know it was there."

"Now, he was not joking," McCabe said of Rosenstein's comments. "He was absolutely serious. And in fact, he brought it up in the next meeting we had." 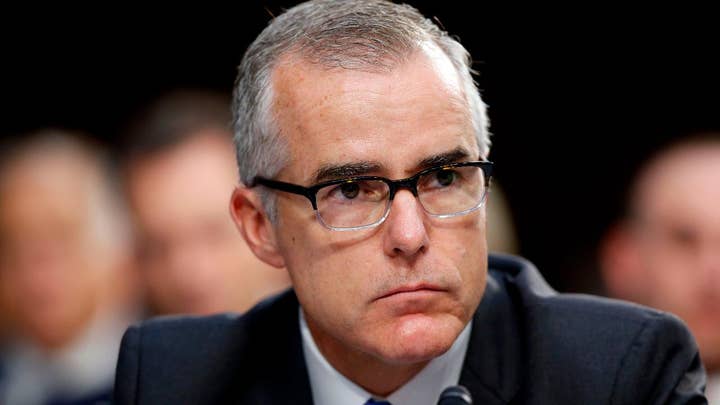 McCabe told "60 Minutes" that he "never actually considered taking [Rosenstein] up on the offer," but said he did discuss the matter with the FBI's then-general counsel, James A. Baker. Last fall, as reported by Fox News, Baker told lawmakers during a closed-door deposition that McCabe and FBI lawyer Lisa Page came to Baker "contemporaneously" and told him details of the meeting where Rosenstein made the comments. Baker told congressional investigators he took the word of McCabe and Page "seriously."

McCabe told CBS News that "I think the general counsel had a heart attack" when he told him of Rosenstein's plan.

"And when he got up off the floor, he said, 'I, I, that's a bridge too far. We're not there yet,'" McCabe added. Days later, Rosenstein appointed former FBI Director Robert Mueller as a special counsel to oversee the bureau's investigation into allegations of collusion between the Trump campaign and Russian officials.

"Rod raised the [25th Amendment] issue and discussed it with me in the context of thinking about how many other cabinet officials might support such an effort," McCabe told interviewer Scott Pelley, adding that he believed Rosenstein was "counting votes or possible votes" to remove Trump from office.

"What seemed to be coursing through the mind of the deputy attorney general was getting rid of the president of the United States one way or another," Pelley suggested.

"I can't confirm that," McCabe answered. "But what I can say is, the deputy attorney general was definitely very concerned about the president, about his capacity and about his intent at that point in time."

According to McCabe, Rosenstein was affected by what McCabe called an "incredibly turbulent, incredibly stressful" time after Comey's firing. The former FBI deputy director claimed Trump had instructed Rosenstein to cite the Russia investigation in a memo Rosenstein wrote justifying Comey's dismissal.

"[Trump was] saying things like, 'Make sure you put Russia in your memo.' That concerned Rod in the same way that it concerned me and the FBI investigators on the Russia case," said McCabe, who added that Rosenstein "explained to the president that he did not need Russia in his memo. And the president responded, 'I understand that. I am asking you to put Russia in the memo anyway.'"

During his interview, McCabe criticized Trump for what he called an "unwillingness to learn the true state of affairs that he has to deal with every day." He cited an account by an anonymous FBI official who met with the president only to be met with "several unrelated diatribes by Trump."

"One of those was commenting on the recent missile launches by the government of North Korea," McCabe said. "And, essentially, the president said he did not believe that the North Koreans had the capability to hit us here with ballistic missiles in the United States. And he did not believe that because [Russian] President [Vladimir] Putin had told him they did not. President Putin had told him that the North Koreans don't actually have those missiles." 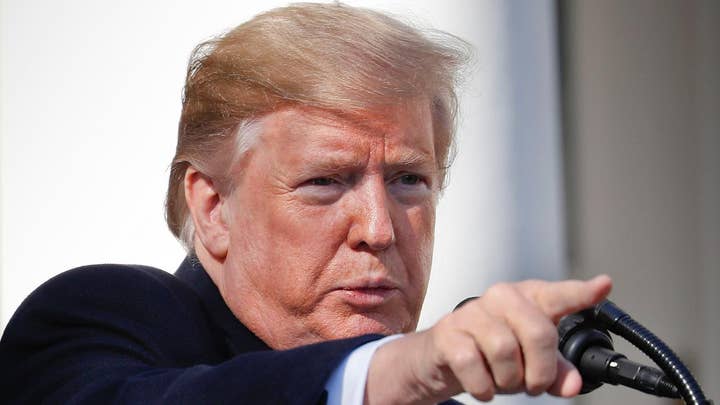 When intelligence officials allegedly told Trump that their information did not match what the Russian leader had told him, Trump allegedly said, "I don't care. I believe Putin."

McCabe was dismissed from the FBI in March 2018 after the Justice Department's internal watchdog concluded he approved leaking information to a Wall Street Journal reporter in order to cast himself in a positive light, then lied under oath about it. In the interview broadcast Sunday, McCabe denied intentionally misleading the DOJ's internal investigators, saying: "There's absolutely no reason for anyone and certainly not for me to misrepresent what happened ... Did I ever intentionally mislead the people I spoke to? I did not. I had no reason to. And I did not."

He added, "I believe I was fired because I opened a case against the president of the United States."

In the White House response to McCabe's claims, Press Secretary Sarah Sanders noted that "Andrew McCabe was fired in total disgrace from the FBI because he lied to investigators on multiple occasions, including under oath. His selfish and destructive agenda drove him to open a completely baseless investigation into the President. His actions were so shameful that he was referred to federal prosecutors.

"Andrew McCabe has no credibility and is an embarrassment to the men and women of the FBI and our great country."