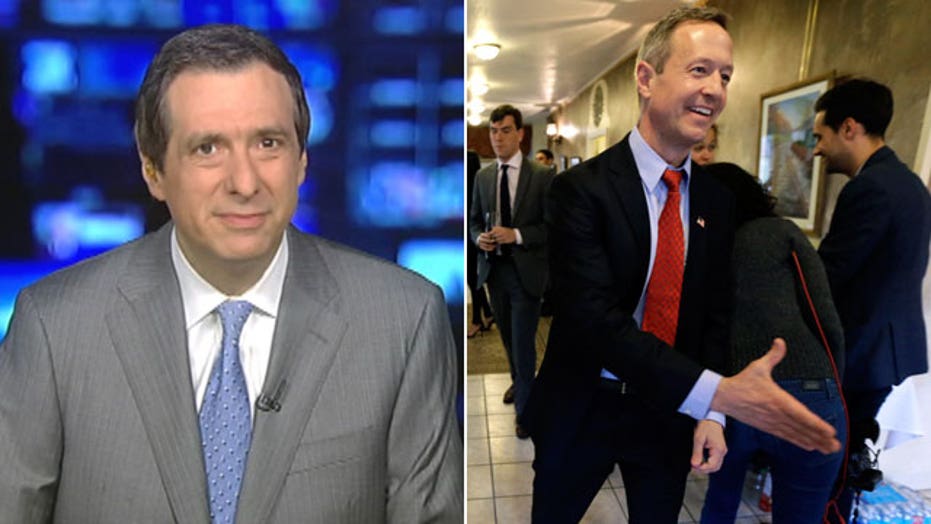 On paper, Martin O’Malley should be a serious contender for the Democratic presidential nomination.

But on paper, the Washington Nationals should have won last year’s World Series. And campaigns, like sporting contests, have to be fought in the real world.

And in that world, O’Malley is basically an asterisk—or at least being treated that way by the media. His official announcement on Saturday didn’t make much of a pop.

The man was a two-term governor of Maryland and spent seven years as Baltimore mayor, but hardly anyone knows who he is. I’ve interviewed him and gone to his events and he’s very fluent in policy, but the few outside politics who are familiar with him know him mainly as the model for a character in “The Wire.”

His announcement in Baltimore on Saturday, delivered in shirtsleeves, hit all the liberal talking points, but O’Malley has a way of just reading his speeches and there were few emotional high points.

His media drought is partly because Hillary Clinton is a million miles ahead. It’s partly because Bernie Sanders—who might be viewed as more of a gadfly candidate—has stolen the spotlight. And it’s partly his own fault.

O’Malley is a careful and cautious guy, and that doesn’t make him an inspiring figure. He has been highly reticent about attacking Hillary, limiting himself to some veiled jabs. And when you do that, you forfeit the coverage you might otherwise get for taking on the front-runner. And you fuel suspicions that you’re just running to raise your profile and maybe land a job in the next administration.

Here’s how the liberal New Republic puts it:

“Martin O'Malley has checked enough boxes as a prominent Democrat—big city mayor, mostly successful governor, chairman of the Democratic Governors Association—that he probably didn't expect to be trailing in presidential polls to a Vermont senator who serves as an independent and identifies as a democratic socialist. But for now he does trail, and pretty badly. O'Malley is more dependably liberal than Hillary Clinton has been, but the emergence of a crusading progressive like Bernie Sanders has convinced some analysts that O'Malley miscalculated, and let Sanders steal his thunder.”

And with Sanders polling as high as 15 percent and O’Malley stuck around 1 percent, it’s all too easy for the press to write him off as a loser—especially since his lieutenant governor lost the race last fall to Republican Larry Hogan.

“Why do some progressives tend to dismiss him as a mere technocrat who doesn’t inspire?” Politico asks. It’s in part because he’s a policy wonk and not a great speaker, as those watching the 2012 Democratic convention may remember.

The ex-mayor has the additional burden of being closely identified with Baltimore just as Baltimore has become identified with Freddie Gray, rioting and surging crime—and questions about O’Malley’s zero-tolerance police strategy are being revived. He went to the city after the riots but didn’t make much of an imprint on the national conversation. Even some of his longtime allies in the state aren’t backing him.

One Baltimore Sun columnist is a big booster:

“Mr. O'Malley, unlike Hillary Clinton and Jeb Bush, isn't linked to perpetual scandal and criticism, nor is he beholden to foreign donors, investment banks or a family surname.”

Perhaps O’Malley, who worked for Gary Hart in 1984, envisions catching fire if Hillary stumbles. But he’s going to have to raise the temperature for that to happen.