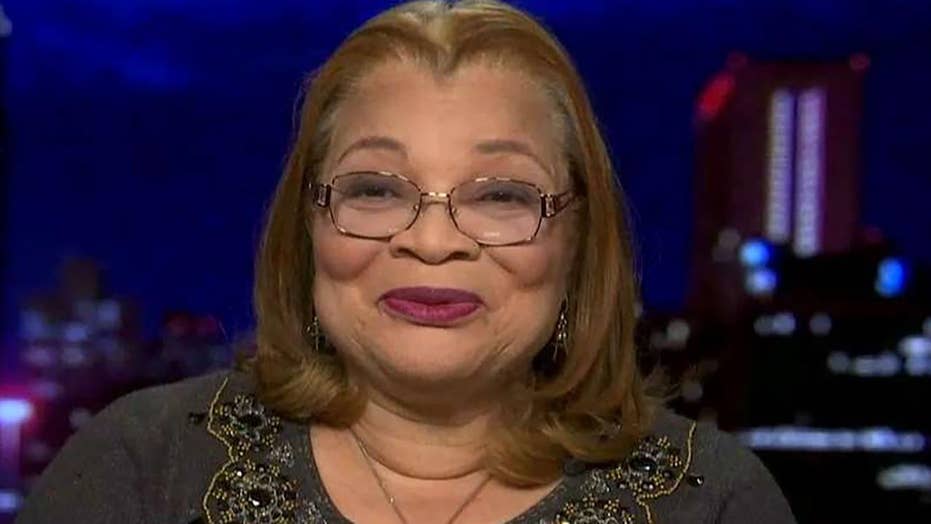 On what would have been Martin Luther King Jr.'s 90th birthday, his niece Dr. Alveda King urges Americans to remember that her uncle served God.

“Uncle M.L., for instance, says 'I've decided to stick with love because hate is too difficult a burden to bear,'” King said Monday on “Fox & Friends.”

“I'm encouraging people today to remember he was a prophet, he was seeking the divine. He did not serve politics nor government. Martin Luther King Jr served God, so all the solutions should be for the human race, not separate races, but the human race," she said.

King was then asked by “Fox & Friends” co-host Brian Kilmeade about old footage of racism in America and asked how people should both remember the injustices of the past while also looking forward to the future.

"We cannot be color blind. We have to see color, because if we don't see color we will forget things that happened and then we'll repeat that history,” she said. “We have to see, put on glasses of love, faith, and humanity… God made us all one blood, we are not separate races. We acknowledge there was injustice -- injustice still goes on -- and then we come together as human beings and resolve it."

TRUMP HAS DEMOCRATS ‘IN A CORNER’ WITH COMPROMISE TO END PARTIAL SHUTDOWN, DAN BONGINO SAYS

Kilmeade noted that Democrats are currently hitting the campaign trail and asked what King hopes politicians remember about her uncle.

"The best way to remember my uncle … not a day serving politics, but to serve people. For instance, at our church we took up an offering yesterday at church for those experiencing a loss of paycheck from the [government] shutdown,” King said. “Remember the words of a prophet instead of political viewpoints serving humanity, serving one human race, that's a good day remembering Reverend Dr. Martin Luther King, Jr.”