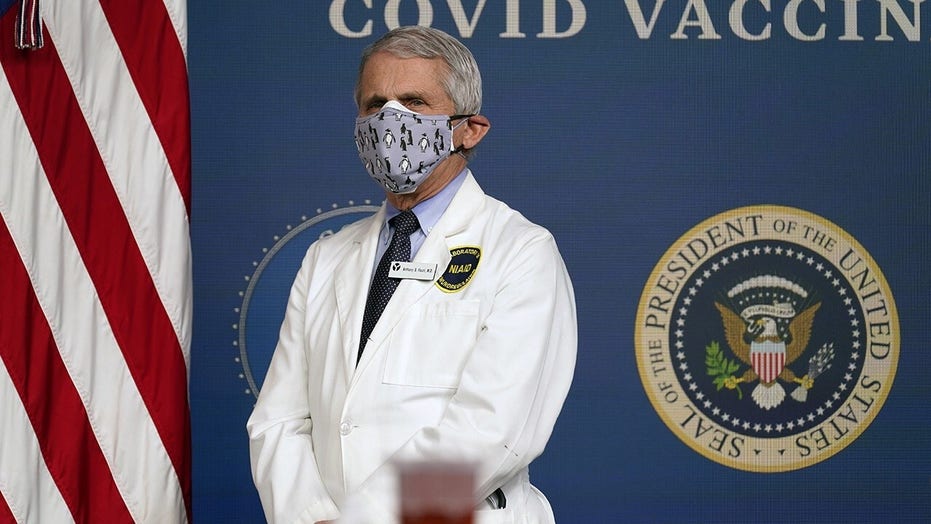 Rep. Marjorie Taylor Greene on Tuesday claimed the coronavirus was human-made in a Chinese lab and suggested the American people were victims of a bioweapons attack.

The controversial Georgia Republican made the claims during a press conference with fellow Republicans. She also touted her legislation to fire Dr. Anthony Fauci, who has been the leading scientific voice for the U.S. government's response to the COVID-19 pandemic.

"How do you feel about being part of a human experiment with COVID-19? That has what we have been over this past year," Greene told reporters at the Capitol Tuesday.

"Why would there ever be viruses created -- taken out of nature, that can be shared and passed among bats or other creatures, and then harnessed and changed into some sort of virus that can be spread among people? There's a word for that. It's called bioweapon and were we all victims of a bioweapon? We demand answers, and Dr. Fauci should give them, and everyone involved needs to be held accountable for that."

There's no definitive answer as to the origins of the coronavirus pandemic that has killed 600,000 Americans as of Tuesday. Earlier in the pandemic, scientists largely dismissed a theory that the virus was leaked from a Wuhan lab, with Fauci still stating the most likely origin is a natural transmission from animal to human. But the lab leak theory has gained more traction in recent weeks as the Biden administration has called for the intelligence community to investigate the origins and search for a conclusion.

Greene said China should pay "reparations" to America for the coronavirus pandemic. She also claimed that both China and Fauci both lied about the pandemic and as a result "people have died."

Fauci, the longtime director of the U.S. National Institute of Allergy and Infectious Diseases (NIAID), became a lightning rod in politics, largely hailed as a hero by the left as a sober voice of science during the Trump administration. Republicans, on the other hand, have aimed to discredit him and found new ammunition with his recently released emails.

Greene's legislation would reduce Fauci's salary from $434,312 to zero and require the Senate to confirm a replacement.

Greene, who has had to apologize for peddling conspiracy theories online and for recently comparing mask mandates to the Holocaust, has taken heat for her latest claims about the virus. Rep. Alexandria Ocasio-Cortez took a swipe at Greene on Twitter in response to a report that Greene claimed coronavirus must be a bioweapon because God would never create a fatal illness that harms people.