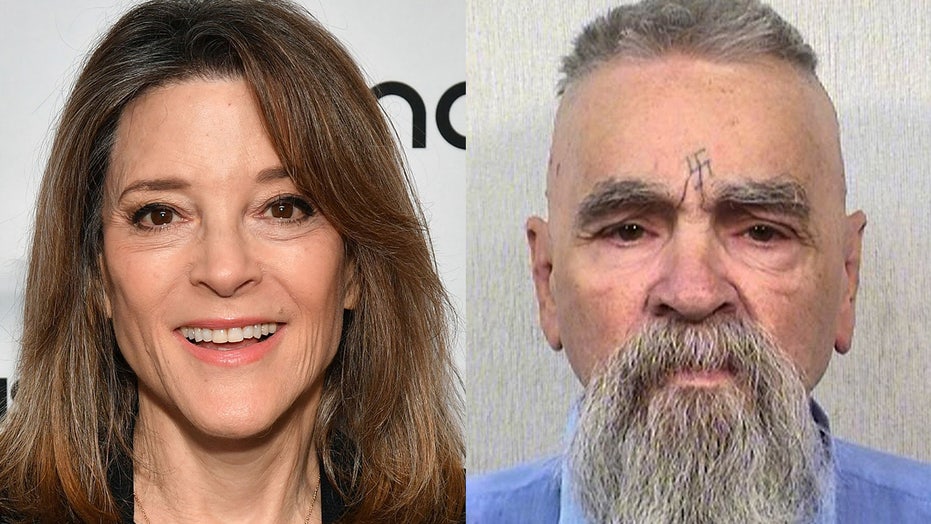 "There is something deeply sinister about Trump pardoning Charles Manson, even posthumously," she wrote to her 2.8 million Twitter followers. "Dog whistles of the very worst possible kind..."

MARIANNE WILLIAMSON: I'M NOT SOME 'CRYSTAL WOO-WOO LADY' PEOPLE ON THE 'LEFT' SAY I AM

The self-help author, who's running a longshot candidacy for the Democratic presidential nomination, later deleted the tweet and admitted the information was erroneous in a follow-up tweet. “Glad To have been wrong," Williamson wrote in a tweet that she also subsequently deleted.

Marianne Williamson appeared to have fallen for a satirical news story Sunday night, tweeting there was "something deeply sinister" about President Trump pardoning murderer Charles Manson.

According to fact-checking website Snopes.com, the story about Trump and Manson is satirical and stems from a phony article published on Nov. 16 by MoronMajority.com. It was then picked up by political website the Daily Kos, which didn't label the article satire, and it seems Williamson picked up on it over the weekend.

Manson died in November 2017 at 83 after suffering a heart attack and respiratory failure, triggered by colon cancer that had spread to other areas of his body. He had been serving a life sentence for orchestrating the 1969 killings of pregnant actress Sharon Tate and eight other people.