In an open letter posted on his Twitter page, Rubio urged the DOJ to determine if Kerry’s “recent actions related to the Joint Comprehensive Plan of Action with Iran” was a violation of the Logan Act or the Foreign Agents Registration Act – a federal law which prohibits private citizens from negotiating on behalf of the U.S. government without authorization.

On Thursday, President Trump accused Kerry of breaking the law by meeting with Iranian officials and said he should be prosecuted under the Logan Act. Trump appeared to have been referring to Kerry’s reported meeting with Iranian Foreign Minister Javad Zarid in early 2018, well after Kerry left his post as secretary of state. 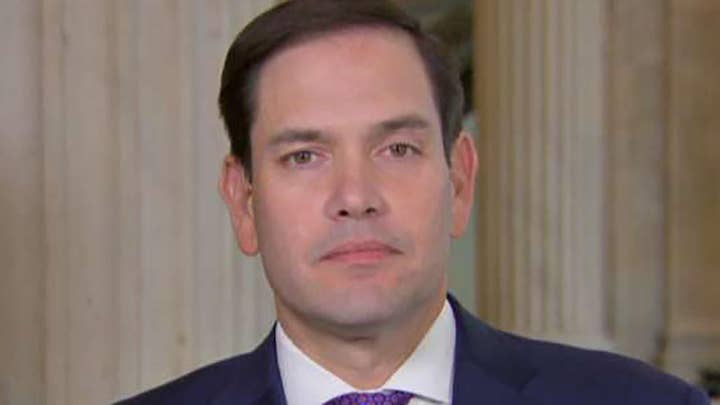 A spokesperson for Kerry told CNN that Trump’s accusation is “simply wrong, end of story.”

During the Obama administration, Kerry was instrumental in negotiating the Iran nuclear deal between the U.S. and several world powers. Trump, who once called the agreement “defective at its core,” pulled out of the deal last year.

Only 2 people have been charged under the Logan Act – one in 1803 and one in 1852 – since it was signed into law by President John Adams in 1799. Charges were dropped in both cases.

This was not the first time Rubio requested the DOJ investigate whether Kerry violated the Logan Act. In September, Rubio sent a letter to then-Attorney General Jeff Sessions requested the DOJ look into the matter.