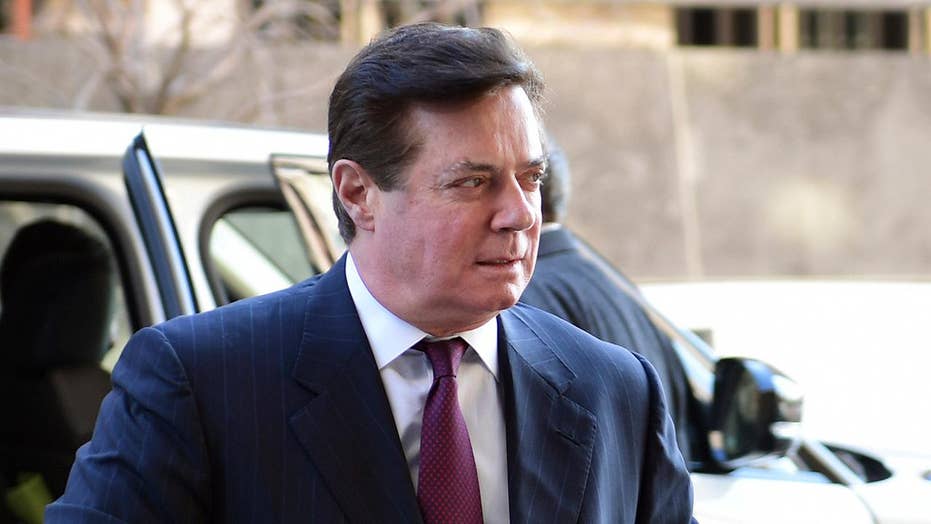 The tax and bank fraud case in Alexandria, Va., with U.S. District Judge T.S. Ellis III presiding, was only the first of two cases on which Manafort was to be sentenced this month.

Next week in Washington, D.C., Manafort is scheduled to face punishment in a separate illegal lobbying case, having pleaded guilty in that case in September.

Whether a sentence imposed by Jackson would be added to the Ellis sentence, or run concurrent with it, remains to be seen.

“I think it’s entirely up to her,” Ellis said in court Thursday, referring to Jackson, the Hill reported.

Then there’s the question of whether Manafort will face additional charges in New York, where Manhattan District Attorney Cyrus Vance Jr. is said to be preparing a case against him.

Potential charges in New York would stem from alleged unpaid states taxes as well as loans, a source told Reuters last month. They would also be part of an effort to saddle Manafort with state-level charges in the event he receives a pardon from President Trump on his convictions in federal court, Bloomberg and other sources reported.

So, it’s not clear at this stage how much total time 69-year-old Manafort – who will receive credit in the Alexandria case for nine months already served in jail -- will ultimately spend behind bars.

During Manafort’s Alexandria trial, President Trump referred to his former aide as a “very good person” whose legal predicament was “very sad.”

Manafort has been married to his wife Kathleen for more than 40 years, and they have two adult daughters. He will turn 70 on April Fools Day.