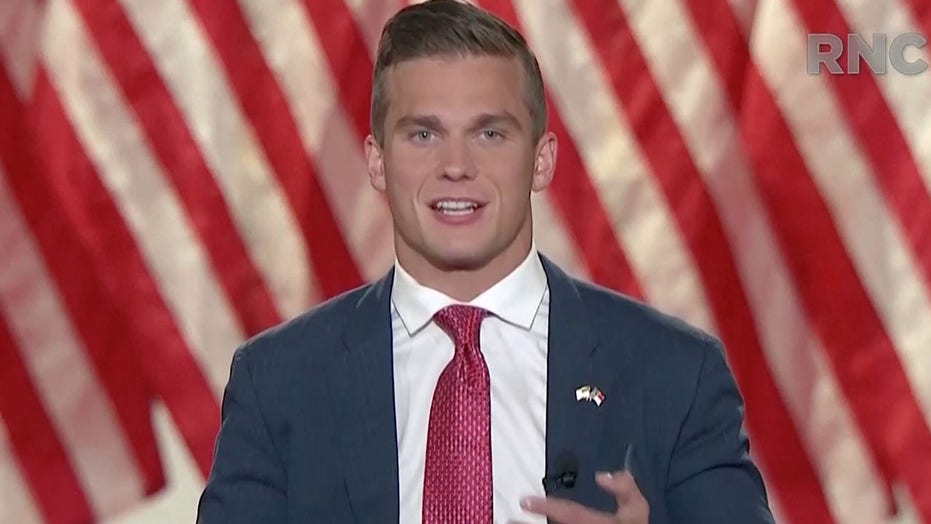 North Carolina Rep. Madison Cawthorn, a young rising star in the GOP, is facing renewed sexual misconduct allegations from women who say he put them in uncomfortable situations while in college, allegations which his office denies.

Such allegations were made last year, during the campaign, but a handful of women recently spoke out about Cawthorn, who at 25 is partially paralyzed, inviting them on "fun drives" where he would make sexual advances.

Fox News spoke to two of those women. The Washington Post, CNN and Buzzfeed also recently spoke with a number of women who made such allegations.

"These questions were repeatedly asked and answered during the course of the campaign," Cawthorn’s communications director, Micah Bock, said in a statement to Fox News. "The voters of Western North Carolina responded to these allegations by giving Madison Cawthorn a 12-point victory over his opponent."

Cawthorn’s office this week pointed Fox News to a denial Cawthorn issued in September: "I have never done anything sexually inappropriate in my life."

Cawthorn attended Patrick Henry College in Virginia in 2016, though he later dropped out. He was paralyzed after a car accident two years earlier in 2014.

During Cawthorn’s campaign, in October, more than 150 former and current students signed on in support of a letter written by ten alumni blasting the then-candidate for his actions during his time at Patrick Henry College. They wrote that his behavior "was marked by gross misconduct towards our female peers."

The ten authors of the letter all knew Cawthorn during their time at school, and the 150-plus other signatories were not all at the school when the alleged behavior occurred.

"During his brief time at the college, Cawthorn established a reputation for predatory behavior. His modus operandi was to invite unsuspecting women on 'joy rides' in his white Dodge Challenger. Cawthorn would take young women to secluded areas, lock the doors, and proceed to make unwanted sexual advances," the letter read.

The former students urged voters "to seriously reevaluate Madison Cawthorn's candidacy in light of who he really is," and urged them to "reject [him] at the ballot box."

One former acquaintance of Cawthorn, Katrina Krulikas, detailed in an Instagram post from August that when she was 17 and Cawthorn was 19, she agreed to a date with Cawthorn, and he took her to a "secluded field."

Krulikas said that Cawthorn and she got out of the car and started talking about her sex life, which made her feel uncomfortable as she hadn't had much dating experience at the time.

She said he asked her to sit on his lap and she complied. He tried to kiss her but she pulled away, and they continued to talk. Krulikas said Cawthorn "quickly and forcefully" tried to kiss her again. "He was much stronger than me. I recall being so startled that as he tried to grab me and I attempted to pull away, my hair was pulled instead and I got stuck in his chair. I had to yank out my own hair to free myself."

A former classmate at Patrick Henry College said that Cawthorn invited her to take a ride with him in 2016. She said she wasn't familiar with his reputation around campus, which she described as "charming but dangerous," before she accepted the invitation.

Rep. Madison Cawthorn, R-N.C., speaks as the House debates the objection to confirm the Electoral College vote from Pennsylvania, at the U.S. Capitol on Jan. 7. (House Television/AP)

"I was unaware of the warnings going around campus to not get in the car with him," Caitlin Coulter told Fox News.

Coulter said that one night when she took a drive with Coulter he drove her to "the middle of nowhere Virginia."

"He asked about my purity ring and what that meant as far as my own sexual experiences. He made constant insinuations and my unease grew," she said. Coulter said that when she rejected his advances, he "whipped the car around and headed back to campus at dangerously high speeds down one and two-lane roads. I was clutching the seat for most of the return journey and was relieved when I was able to leave the car. I remember feeling dirty and gross after the encounter."

Another classmate, Leah Petree, told Fox News that Cawthorn repeatedly asked her to go for a "fun drive," even as she reminded him she had a boyfriend.

Petree said one day Cawthorn came into the cafeteria with Bock, his now-communications director, and Blake Harp, his now-chief of staff. They sat down at a table with a group of women, including Petree, and Cawthorn started asking members of the group what races they had kissed or had physical encounters with. Petree said she could sense the discomfort of the other women at the small, conservative Christian school. She tried to defuse the situation with a joke about only dating men who are taller than her, at which point she said Cawthorn became hostile and told her she was "just a little, blonde, slutty American girl."

"That quote was ringing in my ears," she said. "I just froze, I can remember my eyes stinging with tears in my embarrassment of not knowing how to respond."

Cawthorn weeks later messaged her to ask her if she knew the man who confronted him outside of Chick-fil-A about calling her a slut. In messages shared with Fox News, Cawthorn said he offered to get coffee with the man to talk about it but the man was "strangely firm" about the situation.

"Well if you do figure out who it is, let him know that I'm impressed he can confront a guy in a wheelchair and I have some old friends who would love to meet him. Goodbye," Cawthorn wrote to Petree.

In a September debate, Cawthorn said: "If I have a daughter, I want her to grow up in a world where people know to explicitly ask before touching her. If I had a son, I want him to be able to grow up in a world where he would not be called a sexual predator for trying to kiss someone." His office pointed Fox News to these remarks when asked to address the new allegations from Petree and Coulter.

"I think that events were misconstrued," Cawthorn told Fox News months ago when the letter about his behavior from Patrick Henry students came out.  "My intentions were misunderstood. If I ever made somebody uncomfortable it was never my intention. It was never something I wanted to have happen. It was strange that, you know, just a mistake, an innocent mistake ... could be turned into someone trying to ruin your entire life. It's a wild world out there." Cawthorn then spoke about cancel culture and likened himself to Justice Brett Kavanaugh, who faced sexual misconduct allegations.