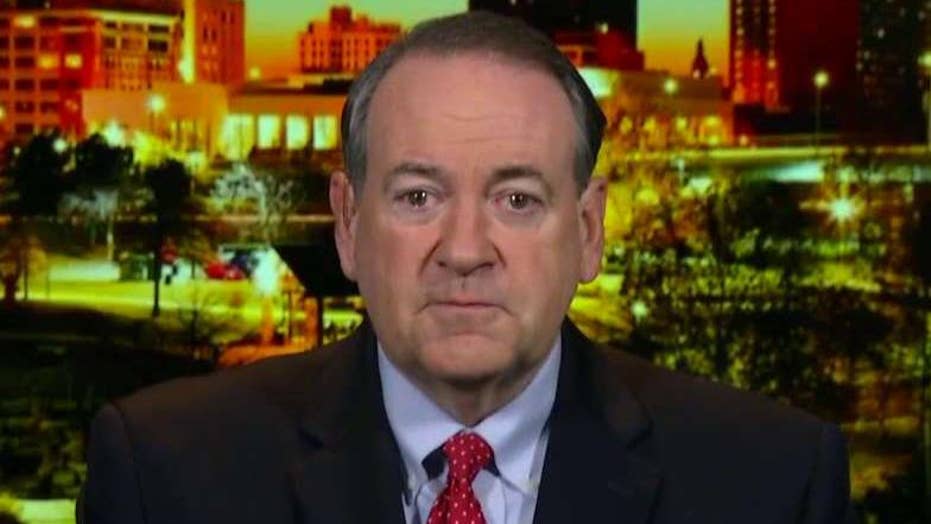 The GOP presidential field that rolled into the 2016 election cycle like a crowded bus already has dropped a few passengers, but the remaining 13 appear committed to staying on board at least through the next debates and the first two contests.

Just three of them have double-digit numbers in an average of national polls, with front-runner Donald Trump gobbling up more than a third of primary support. On the other end, candidates such as Rick Santorum and George Pataki have failed to garner even 1 percent.

Though Santorum has never been among the 2016 front-runners and did not compete in any of the five prime-time debates, he indicated Monday he’s thinking back to his 2012 performance – when he won the Iowa caucuses – as he approaches the same contest on Feb. 1.

“I feel like I did four years ago,” the former Pennsylvania senator told FoxNews.com. “We’re headed to Iowa tomorrow to make contact with as many people as we can. … I don’t think that many people have made up their minds. We’re at a point now where serious people are going to make decisions about serious candidates.”

Santorum also said he’s on all the state ballots, has a solid national organization and a “good slate of delegates” across the country.

Former Arkansas Gov. Mike Huckabee is in a similar situation -- having won Iowa in his 2008 presidential bid. But this time Huckabee, a social conservative like Santorum, is polling at about 2 percent, according to the RealClearPolitics average.

“Not one person in all of America has even voted,” Huckabee said Sunday, amid speculation over whether he and other low-polling candidates might drop out before the Iowa caucuses – or even the next GOP debate, set for Jan. 14 and hosted by Fox Business Network.

Huckabee, too, drew some inspiration from Santorum’s 2012 Iowa finish.

“Santorum won. He was in … sixth place out of the seven candidates, five days out from the caucuses,” he told “Fox News Sunday,” while pointing out that he still has campaign operations in all 99 Iowa counties. “This idea that this is all sewed up or fixed, I've been in that state enough to know it's just not quite like that yet.”

Still, Huckabee and many other candidates are essentially caught in the Trump vortex -- continuing to cede poll numbers to the media-savvy billionaire businessman, which forces them into the lesser-watched, second-tier debates, erodes their name recognition and diminishes fundraising power.

The criteria for who gets onto the main stage in the upcoming FBN debate is based on national polls as well as polls in Iowa and in New Hampshire, which on Feb. 9 holds the second primary of the cycle.

The debate, sanctioned by the Republican National Committee, will be in South Carolina’s North Charleston Coliseum and Performing Arts Center and will focus on economic, domestic and international policy issues.

The prime-time debate will feature candidates who by Jan. 11 place in the top six in national polls or in the top five in Iowa or New Hampshire polls.

The remaining candidates will be invited to the early debate.

Kentucky GOP Sen. Rand Paul, who has been in all of the televised, main-stage debates but continues to drop in the polls, says he will not participate if forced into the early Fox Business debate.

GOP candidate and Ohio Gov. John Kasich suggested Sunday that his strategy is to have a respectable showing in Iowa, where social conservatives do well, then finish high in New Hampshire, where voters are more closely aligned to his moderate positions.

“I have to do well enough there,” he told ABC News. “And I think I will … catch fire. And if I catch fire, I think the sky is the limit.”

Poor showings in both or either of the first two primaries can doom a campaign.

"I will never leave the race," he declared to The Washington Post earlier this month.

Trump is closely followed in the polls by Texas Sen. Ted Cruz, who leads slightly in Iowa, and Florida Sen. Marco Rubio.

Both appear to have enough voter support and money to extend their campaigns well beyond New Hampshire, which is followed by the South Carolina and Nevada contests and then a swing across the South, where Cruz appears to be plotting a surge.

Cruz has about $65 million in campaign and outside money, compared with Rubio who has about $33 million in combined funds, according to OpenSecrets.org.

Former Florida Gov. Jeb Bush, who was the early GOP favorite, now has roughly 4 percent in the national RealClearPolitics average. However, he leads the entire 2016 presidential field in fundraising -- $103 million in campaign money and $24.8 million in outside money, the OpenSecrets site shows.