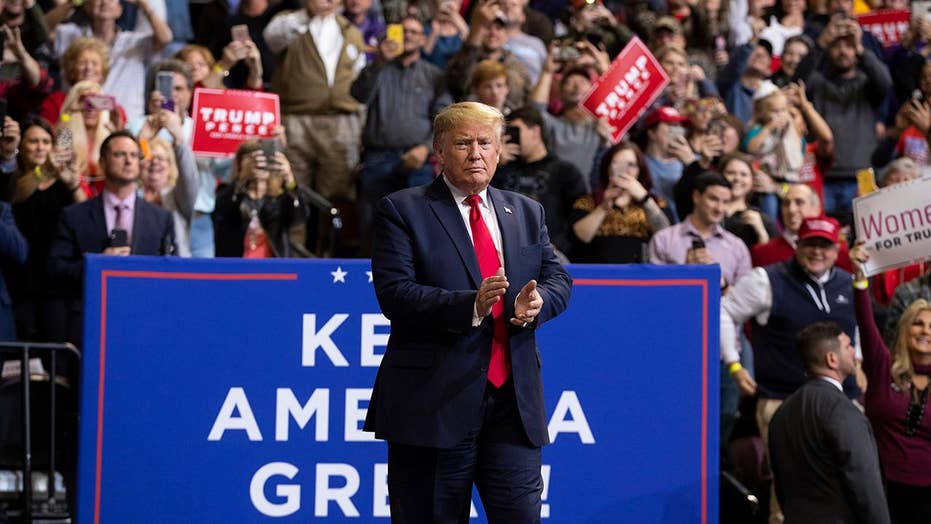 Louisiana Democrat Gov. John Bel Edwards was projected to win a second term by defeating Republican challenger Eddie Rispone in Saturday's runoff election, a result certain to rattle Republicans as they look ahead to 2020.

The Associated Press called the race for Edwards, Louisiana's only Democratic statewide elected official, with 96 percent of precincts reporting and the incumbent leading Rispone by more than 19,300 votes out of more than 1.45 million votes cast.

"Who dat!" Edwards shouted to supporters in Baton Rouge. "How sweet it is!"

"We have nothing to be ashamed of," Rispone told the Republican gathering. "We have over 700,000 people in Louisiana that really want something better and something different."

The result will come as a major disappointment to President Trump, who was eager to see Rispone regain the Louisiana governorship for the GOP, particularly after Kentucky Republican Gov. Matt Bevin was defeated by Democrat Andy Beshear 11 days ago. Trump made three trips to Louisiana to rally his supporters against Edwards, an effort that motivated not only conservative Republicans but also powered a surge in anti-Trump and black voter turnout that helped Edwards.

"And as for the president, God bless his heart!" Edwards said, using a Southern phrase that's known as a backhanded insult.

Trump won Louisiana by 20 percentage points in the 2016 election and is likely to win the state again in 2020. But the results there and in Kentucky will raise questions among Republican lawmakers about the strength of the president's coattails as he seeks reelection.

The president put in a vigorous plug for Rispone on Twitter shortly after the polls opened Saturday, reminding locals to "Get out and VOTE for @EddieRispone to be your next Gov!” In another tweet, Trump provided a link to polling locations and said: “LOUISIANA, VOTE @EddieRispone TODAY! He will be a great governor!”

Edwards, 53, was helped when Louisiana's top-tier GOP officials decided against running for the seat. Rispone, the 70-year-old owner of a Baton Rouge industrial contracting company, had never run for office and had little name recognition. He hitched his entire candidacy to Trump, introducing himself in ads that focused on support for the president.

Rispone poured more than $12 million of his own money into the race. But he had trouble drawing some of the primary vote that went to U.S. Rep. Ralph Abraham, after harshly attacking Abraham in ads as he sought to reach the runoff.

Rispone also avoided many traditional public events attended by Louisiana gubernatorial candidates and sidestepped questions about his plans when taking office. He promised tax cuts, without saying where he'd shrink spending, and he pledged a constitutional convention, without detailing what he wanted to rewrite.

Democrats who argue that nominating a moderate presidential candidate is the best approach to beat Trump are certain to point to Louisiana's race as bolstering their case. Edwards, a U.S. Military Academy graduate and former Army Ranger, opposes gun restrictions, signed one of the nation's strictest abortion bans and dismissed the ongoing impeachment inquiry against the president as a distraction.

“They talk about I’m some sort of a radical liberal. The people of Louisiana know better than that. I am squarely in the middle of the political spectrum,” Edwards said, according to The Associated Press. “That hasn’t changed, and that’s the way we’ve been governing.”

Both parties spent millions on attack ads and get-out-the-vote work, on top of at least $36 million spent by candidates.