Graham: I am proud Trump made a national security decision

During a televised national address in front of troops at Fort Myer, Va., Trump rejected what he called “arbitrary timetables” for the U.S. troop presence. The president also said he would ratchet up pressure on Pakistan to stop harboring militants.

“We are not nation-building again,” Trump said. “We are killing terrorists.”

“So the game is changed with Pakistan, the gloves are off inside of Afghanistan. We need a diplomatic surge, India can be very helpful, but I am very pleased with this plan, and I’m very proud of my president,” said Graham, whose disagreements with Trump boiled over last week regarding the president's reaction to the violence in Charlottesville, Va. 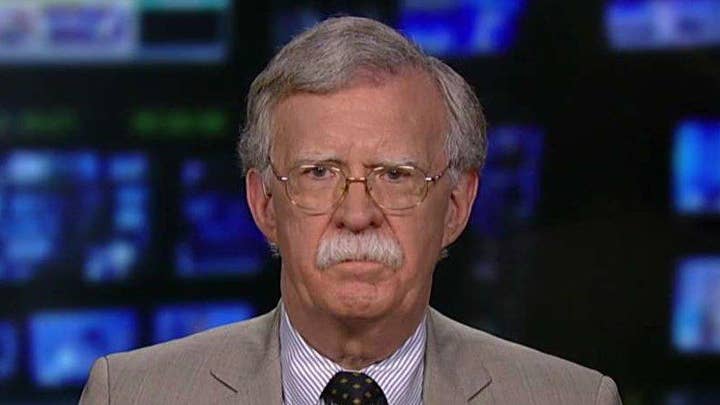 Graham also was critical of Sen. Rand Paul, R-Ky., who has opposed a troop surge in Afghanistan.

Graham added: “I will fight Senator Paul tooth and nail to make sure that we don’t lose in Afghanistan like we did in Iraq. It’s just exactly what President Obama did in Iraq, which is to leave against sound military advice.”

Many Democrats slammed the president's speech.

“The President’s announcement is low on details but raises serious questions. When President Trump says there will be no ceiling on the number of troops and no timeline for withdrawal, he is declaring an open-ended commitment of American lives with no accountability to the American people,” House Minority Leader Nancy Pelosi, D-Calif., said.

“We cannot commit more troops and taxpayer dollars to this war until we have a clear exit strategy. This is a reversal from the President’s years of criticizing this war – both as a private citizen and a candidate. Tonight’s address left us with nothing more than unanswered questions,” Sen. Sherrod Brown, D-Ohio, added.

Trump is now the third commander-in-chief to attempt to bring stability to the war-torn country and seek a U.S. victory in what is now America’s longest war.

Graham called on the nation’s elected officials to stand with Trump: “To my colleagues in Congress, you will own a no vote. The next 9/11 will be your fault, not President Trump’s fault, if you shoot down this plan because this is a solid plan.”