After the DHS reveals 90 percent of asylum-seekers don't show up for their court hearings, Republican Sen. Lindsey Graham proposes migrants must apply for asylum before getting to the U.S.

The South Carolina senator said on "Fox & Friends" Friday that he's working on a bill to reverse the Flores decision, which outlines how illegal immigrant children should be processed once they've crossed the border illegally.

"If a small child was brought to the United States from Central America, we can’t send that child back. You can from Mexico and Canada. You've got to change that law. If you've got a minor child you can only hold them for 20 days. That’s not enough to process the case. So we turn the entire family loose into the country."

Graham highlighted the issue of asylum during an immigration hearing on Capitol Hill Tuesday and said 90 percent of migrants fail to appear for their court cases. He also said his bill will aim to force central Americans to apply for asylum in their own country, before attempting to immigrate to America. 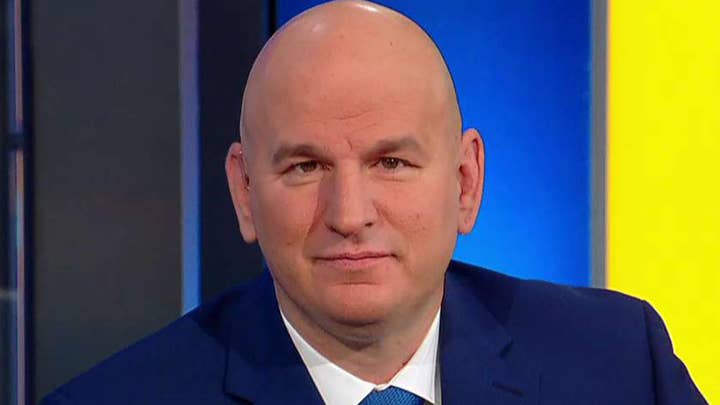 "If you read a card asking for asylum you're entitled to a hearing," Graham told "Fox & Friends." "It takes three years to get a hearing. We don’t hold people three years. We let them loose into the country -- they never show up. I’m going to change the law to say that if you apply for asylum from Central America you have to do it in your own country or Mexico -- not here."

Graham claimed Durbin is open to striking an immigration deal in exchange for increased foreign aid and economic assistance for Central America.

"So, Senator Durbin asked me not to mark my bill up which just deals with asylum and the Flores decision. He says I want to see if we can find a common ground here," he said. "What about money for Central America? I said listen, I’m willing to help the people in Central America turn on economic development money after you turn off the flow."

Host Brian Kilmeade asked if Graham and Durbin were talking "substantively" and Graham said they were, but couldn't predict if any other Senate Democrats would join their efforts.

"I know this -- that if you don’t change the asylum laws and you don't change the Flores decision, they'll keep coming forever," he concluded.