Conservative radio talk show host Rush Limbaugh on Tuesday mocked House Speaker Nancy Pelosi's suggestion that President Trump is "goading" Democrats to impeach him as a means of solidifying his base.

"Folks, we thought it was crazy when they fell for Trump asking the Russians to help find Hillary’s emails. These people are so off the rails, they are so devoid of any common sense, and it’s rooted in a lack of a sense of humor, but they have been so discombobulated by Trump that they simply have lost their moorings," Limbaugh said on his radio show.

LIMBAUGH: BIDEN BEST CHANCE TO BEAT TRUMP BUT HAS NO CHANCE IN THE PRIMARY

Pelosi, D-Calif., said Tuesday during a New York appearance that "Trump is goading us to impeach him." 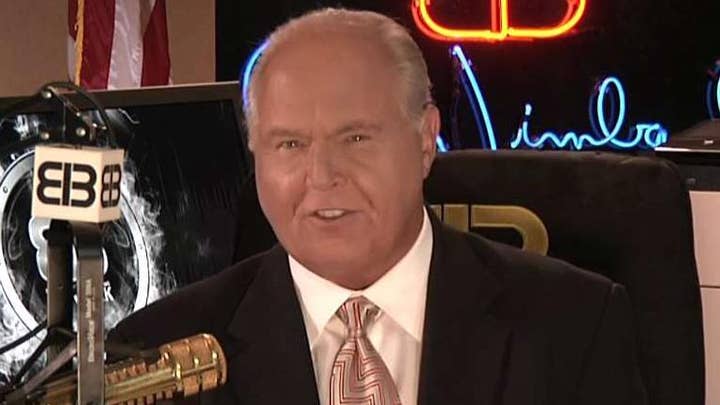 Limbaugh also dismissed Pelosi's notion that Trump needs to firm up his base. "Trump’s base is solidified. He doesn’t need you to impeach him for his base to be solid. His base has been solidified since the campaign. And his base is more solid than ever, and it is growing, Madam Pelosi, whether you go through this impeachment rigamarole or not."