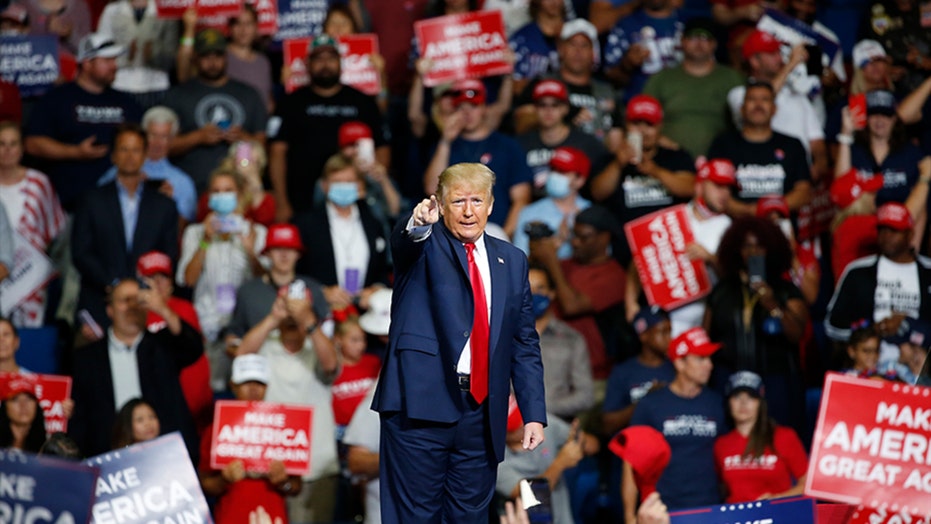 A top outside political adviser to President Trump took a swipe at the Trump reelection campaign on Monday, in the wake of a smaller-than-expected crowd at the president’s weekend rally in Tulsa, Okla.

"I think a fundamental mistake was made. Over promising and under-delivering is the biggest mistake you can make in politics,” said Corey Lewandowski, who managed Trump’s first presidential campaign from its inception in 2015 until June of 2016 and who remains a close outside political counsel to the president.

The president and his campaign touted early last week that they had received 1 million requests for tickets to the rally, which was Trump’s first since the coronavirus swept across the nation in March.

And at a White House gathering on Thursday, the president said, “We’re going to be in Oklahoma. And it’s a crowd like, I guess, nobody’s seen before.”

Lewandowski noted that regardless of the number of ticket requests, “it’s always about the turnout."

"I lived this as you know, I did this when candidate Trump was running. We won 38 primaries and caucuses under my stewardship, obviously all due to Donald Trump, but we never did something like this," he said. "And what that means is we have to go back and re-evaluate the system in which people were getting those tickets and determining if they were real, if they were robots, and putting additional protocols in place so this doesn’t happen again."

Lewandowski made his comments in a Monday morning interview on the news-talk radio program "New Hampshire Today with Jack Heath."

WHO IS BRAD PARSCALE?

What exactly happened on Saturday remains a matter of dispute. Trump critics, including Democratic Rep. Alexandria Ocasio-Cortez, D-N.Y., boasted that teenage activists had sabotaged the rally’s turnout by requesting tickets for the event online and then not showing up.

The Trump campaign pushed back hard at the suggestion they were duped. Parscale said over the weekend that “registering for a rally means you’ve RSVPed with a cellphone number and we constantly weed out bogus numbers, as we did with tens of thousands at the Tulsa rally, in calculating our possible attendee pool. These phony ticket requests never factor into our thinking.”

The campaign also accused protesters of blocking access to the event and suggested that media coverage of the coronavirus risk dissuaded people from attending.

Further, the campaign pushed back on any suggestion that the turnout reflected flagging enthusiasm, noting the millions who watched the rally across the country. Trump campaign communications director Tim Murtaugh said the rally attracted more than 4 million viewers "across all of the campaign’s digital media channels," a figure that doesn't count television viewers.

"These numbers represent unmatched enthusiasm behind the President’s re-election and a massive audience that Joe Biden can only dream of," he said in a statement.

Heading into Saturday’s rally, the campaign expected to fill Tulsa’s BOK Center, which has a capacity of 19,000. And they set up a stage outside the arena where the president was scheduled to address an overflow crowd of up to 40,000 supporters. On Friday, Parscale – tweeting photos of the outdoor stage being constructed – said “This will be the 1st time that POTUS speaks to BOTH crowds in person — inside & outside. If you come to the rally and don’t get into the BOK Center before it’s full, you can still see the President in person!”

But as the crowds did not materialize on Saturday to the degree expected, the Trump campaign had the outdoor site dismantled just before the president’s arrival at the arena.

A spokesperson for the Tulsa Fire Department told Fox News on Sunday that fire marshal records show just under 6,200 scanned tickets were logged for the rally at the BOK Center. The figure doesn't include Trump team staff members or private suites, which were fully booked.

But Murtaugh disputed the fire department's count, stressing that "12,000 people went through the metal detectors so that number is way off." And he emphasized that the lower level of the arena was mostly full.

TV images showed much of the upper tier of the arena remained empty during the rally, with other space visible in the lower seating areas as well. 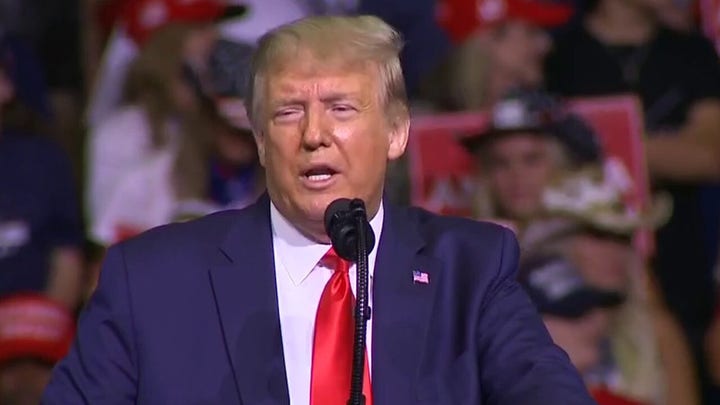 And Parscale charged in a tweet that “the fact is that a week’s worth of the fake news media warning people away from the rally because of COVID and protesters, coupled with recent images of American cities on fire, had a real impact on people bringing their families and children to the rally.”

Parscale claimed that “Radical protesters, fueled by a week of apocalyptic media coverage, interfered with @realDonaldTrump supporters at the rally. They even blocked access to the metal detectors, preventing people from entering. Thanks to the 1,000s who made it anyway!”

According to on-the-ground reports, one sizeable group of protesters did temporarily block one of the three main entrances to the arena – after many Trump supporters had already entered the venue.