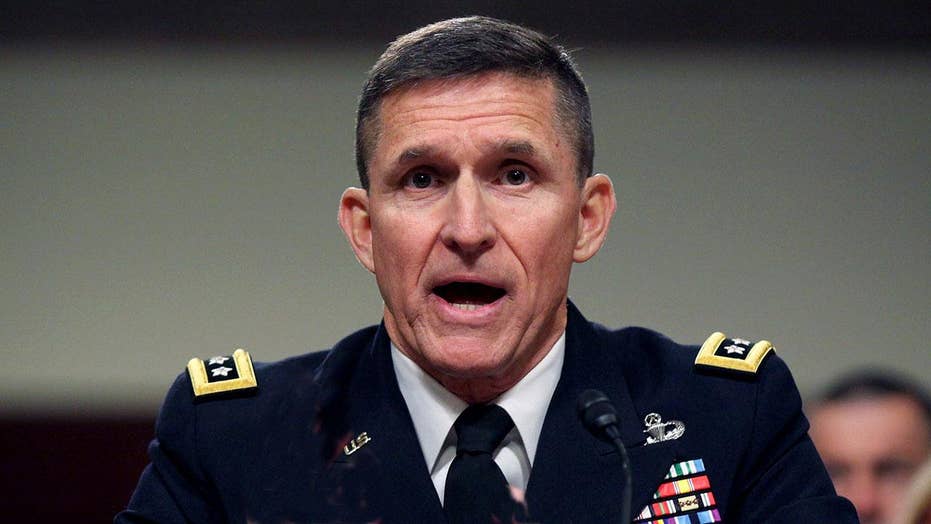 Documents show Flynn was warned not to take foreign monies

The Defense Department inspector general has launched a probe into whether former national security adviser Michael Flynn failed to obtain prior approval for foreign payments he received – as new documents indicate he was warned about such arrangements.

One was an October 2014 letter from the Defense Intelligence Agency Office of General Counsel warning Flynn he was barred from taking payments from foreign sources without permission. Flynn later earned tens of thousands of dollars from Russia's state-sponsored RT television network and from a Turkish businessman linked to Turkey's government.

Cummings also released a letter from the inspector general confirming the launch of its investigation.

A spokesman for the IG confirmed the probe in a brief statement, saying, "On April 4, the DoD OIG initiated an investigation to determine if Lieutenant General (Retired) Flynn accepted payments in violation of the Emoluments Clause, implementing laws, or Department of Defense regulations."

Cummings claimed Thursday he’s seen “no evidence” that Flynn got the necessary permission.

“These documents raise grave questions about why General Flynn concealed the payments he received from foreign sources after he was warned explicitly by the Pentagon,” he said in a statement.

Flynn's lawyer said in a statement earlier this week that Flynn disclosed the Russia trip in conversations with the Defense Intelligence Agency, where he was its former director.

"As has previously been reported, General Flynn briefed the Defense Intelligence Agency, a component agency of (the Defense Department), extensively regarding the RT speaking event trip both before and after the trip, and he answered any questions that were posed by DIA concerning the trip during those briefings," attorney Robert Kelner said.

But Cummings said a recent DIA letter shows they did not find records regarding that money. Oversight Chairman Jason Chaffetz, R-Utah, and Cummings both want the Army to rule on whether Flynn informed and asked permission for the payments from Russian and Turkish entities.

Cummings also accused the White House of “covering up” for Flynn, who was dismissed after allegedly misleading Vice President Pence about past contact with the Russian ambassador.

“There is a paper trail that the WH does not want our committee to follow. But let it be known that we will follow it,” Cummings said.

The White House rejects any assertions that it’s not cooperating.

Fox News' Catherine Herridge and Jennifer Griffin and The Associated Press contributed to this report.