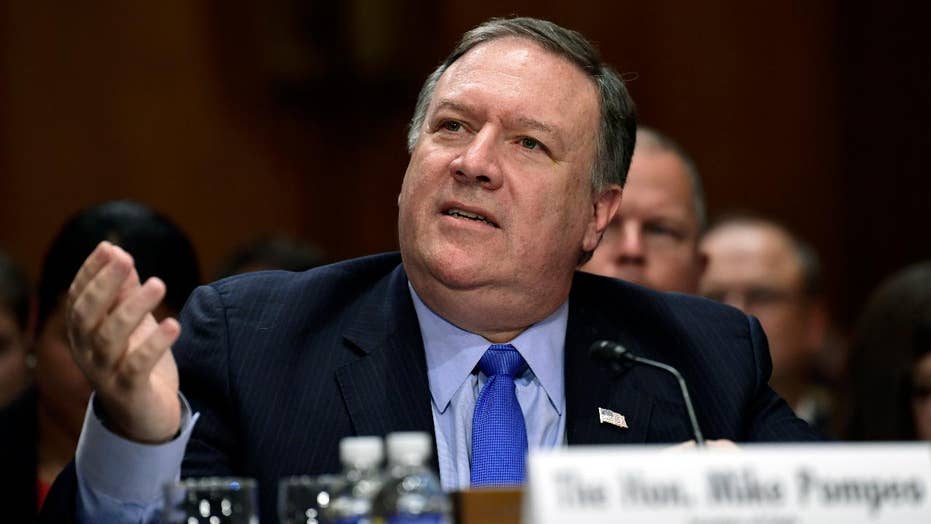 There’s a famous episode of the TV show The West Wing where Deputy White House Chief of Staff Josh Lyman pinch-hits at the podium for ailing Press Secretary C.J. Cregg. Lyman fumbles the briefing. At one point, Lyman mocks the press corps, announcing the President has a “secret plan to fight inflation.”

Dutifully, reporters follow up, asking Lyman “when will the President unveil his secret plan?”

Lyman then tries to slough it off, now declaring “there is no secret plan” and notes that he was “joking.”

“These are people’s jobs we’re talking about, Josh,” hectors another scribe. “You want to give us a straight answer?”

After the briefing, Lyman insists he can fix this. A junior aide suggests that perhaps the best solution may be to hunker down in his office for a few hours and concoct “a secret plan to fight inflation.”

“You told the press I have a secret plan to fight inflation?” queries a confounded President Josiah Bartlet of Lyman later.

It’s unclear if the Trump Administration has a “secret plan” to deal with Russia or North Korea. But whatever the circumstances, it’s still secret after Secretary of State Mike Pompeo appeared before the Senate Foreign Relations Committee about President Trump’s meeting with Russian leader Vladimir Putin and the status of North Korean denuclearization. Try as they may, senators weren’t able to exhume much information from Pompeo about what went down in Helsinki or the state of play with Pyongyang.

“I’m afraid that at this point, the United States, the Trump Administration is being taken for a ride,” said Sen. Ed Markey, D-Mass.

But there was “fear.” Senators wondered if the President agreed to something in secret with foreign leaders and if even Pompeo was cut out of the loop.

“It’s not for me to disclose the contents of those conversations,” said Pompeo when asked by Sen. Jeanne Shaheen, D-N.H., about what was said in Finland regarding Russia’s role in Syria.

“I’d prefer not to answer questions about the nature of our negotiations,” said Pompeo when Sen. Tim Kaine, D-Va., asked about North Korea.

“This administration is increasingly not transparent,” said Sen. Bob Menendez, D-N.J., the top Democrat on the Senate Foreign Relations Committee. “I really don’t believe, Mr. Secretary, you know what happened during the President’s two-plus hour conversation with President Putin and I don’t really know much more about the summit after sitting here for three hours than I did before.”

Lawmakers of both parties struggle to make sense of what policies the Trump administration holds by the hour.

“The President is making up foreign policy on a day-by-day basis,” complained Sen. Chris Murphy, D-Conn.

The Connecticut Democrat sped through a catalogue of instances where the Trump Administration, and, most notably, Mr. Trump himself, toggled between multiple statements and views on key issues. That included comments regarding whether the President believed Russia meddled in the election.

“We focus on words from the President because our allies and our adversaries listen to those words and they calibrate their actions based upon those words,” observed Murphy.

Murphy asked whether the President’s statements constituted U.S. policy, specifically when Mr. Trump suggested the U.S. might not assist Montenegro, despite a NATO treaty which states otherwise.

“I think the President’s been unambiguously clear,” said Pompeo.

A moment later, Murphy suggested that “policies are statements and statements are policies.”

“No, that’s not true,” responded Pompeo. “I make lots of statements. They’re not U.S. policy. The President says things.”

But later in the hearing, Pompeo asked if he could “clean that up.”

“I misspoke there,” said Pompeo. “The President runs this government. His statements are in fact U.S. policy.”

It’s oscillation like that which mystifies lawmakers – especially when the President says something off-the-cuff or blasts a declaration at 6:35 in the morning on Twitter.

Senate Foreign Relations Committee Chairman Bob Corker, R-Tenn., waited until midway through the hearing to press Pompeo on this point. Corker told the Secretary that “much of what you are hearing today has nothing whatsoever to do with you.”

In other words, senators may question what Pompeo knows about the summits. They may wrestle with understanding how the latest tweet stands in stark contrast to long stated U.S. policy. But when it comes to excavating the true positions of the United States, Pompeo isn’t the problem.

“It’s the President that causes people to have concerns,” said Corker.

The Tennessee Republican then spoke about President Trump throwing the intelligence community under the bus in Finland. He highlighted how Director of National Intelligence Dan Coats found out that Mr. Trump invited Putin to Washington from a reporter. The chairman cited the President pondering the idea of sending U.S. diplomats to Moscow for interrogation.

“Why does he do those things? I mean, is there some strategy behind creating doubt in U.S. senator’s minds on both sides of the aisle? Doubt in the American people as to what his motivations are?” asked Corker.

“I noticed that you are not responding to what I am saying,” protested Corker.

“I think I responded to everything that you said, senator,” said Pompeo.

“No you didn’t,” interrupted Corker.

“No. We don’t disagree. Hell, let’s run the transcript if you want to talk about it,” said Corker.

“I was asking if there was some rhyme or reason that this type of distrust or discord will be created. And I know you’re not going to answer the question. I’m trying to make a point as to why,” continued Corker.

Senators of both parties failed to pierce Pompeo’s armor and learn anything at all about Singapore or Helsinki. Menendez lit into Pompeo near the end of the session because he criticized Jeanne Shaheen for stating information gleaned form the Russian Defense Ministry about what was agreed to in Finland.

“She was quoting them only because we don’t know what our own government is saying!” excoriated Menendez “If President Obama did what President Trump did in Helsinki, I’d be peeling you off the Capitol ceiling.”

“Would you like to give any response,” asked Corker of Pompeo to Menendez’s tongue-lashing.