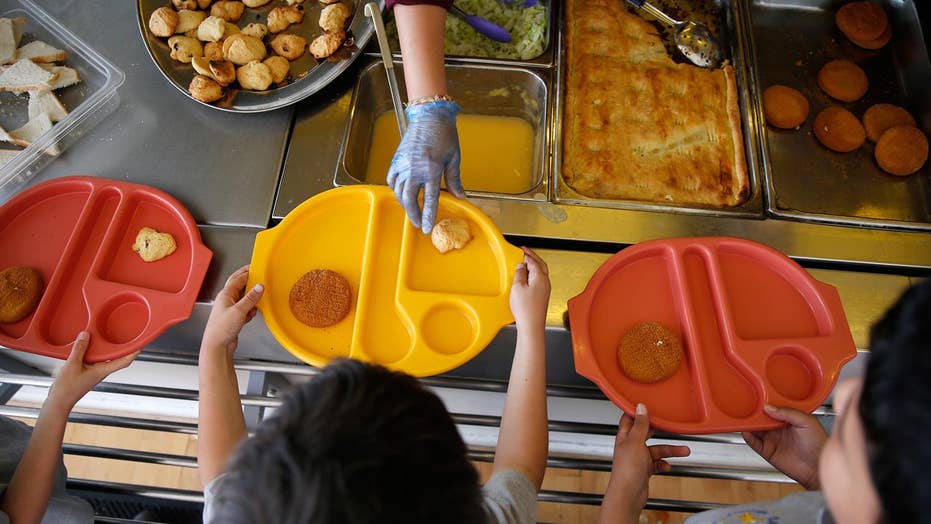 Michael Padilla's childhood was spent bouncing between homeless shelters and foster homes. And it didn't get much better in school.

As a young boy, he did chores in the cafeteria -- setting up tables, then wiping them down, and mopping the floor after his classmates. For his work, he’d get a piece of bread, a slice of cheese and, when there was extra, an apple.

“It was a tough time growing up,” Padilla said.

He's now a state senator, and the driving force behind New Mexico’s first-in-the-nation law to ban such practices. Known broadly as “lunch shaming,” such policies still allow schools in other states to single out children as young as 4 who are unable to come up with money for hot school meals.

For Padilla, this meant doing chores for food. In Alabama and Arizona, kids have been forced to walk around with stamps on their arms that read, “I Need Lunch Money.”

In other places, Padilla said they have to clean tables just like he did or wear wristbands drawing attention to their inability to pay.

New Mexico Republican Gov. Susana Martinez signed Padilla's Hunger-Free Students’ Bill of Rights last week, making the state the first to outlaw lunch shaming. While the law doesn't guarantee hot meals for every pupil, it prohibits school workers from publicly shaming them or forcing them to do chores for food.

In New Mexico, Padilla says his bill “levels the playing field and removes the stigma” children feel when they fall short of funds.

“We’re one of the wealthiest nations in the world and we’re not feeding our children lunch,” he told Fox News.  “... That’s unacceptable.”

In the seven days since, Padilla said lawmakers from 20 states have reached out to him. Separately, Texas and California are moving forward with their own anti-lunch shaming legislation.

California currently has a proposal that would stop school children from being treated differently than their peers if their parents or guardians fail to pay meal fees.

Sen. Robert Hertzberg, a Democrat, introduced the Child Hunger Prevention and Fair Treatment Act of 2017. It also prohibits school employees from disciplining the child, or denying or delaying meals to them.

Instead, it would be up to schools to put together a plan to recoup the money.

“You’ve got kids today who go to school and they get their hot lunches taken away from them because their parents haven’t paid the bill, and they get replaced — here in Los Angeles where I’m from — with half a sandwich and four ounces of juice,” Hertzberg told KPIX 5. “What I’m trying to do is just re-adjust the law in a way that says you can’t do that.”

But not everyone is convinced this is a good idea.

Several skeptics say parents who can pay will try to game the system to get free food.

A national survey of more than 1,000 school nutrition directors working in public school districts found nearly 71 percent of districts reported unpaid meal debt at the end of the 2012-2013 school year, according to The Atlantic.

Meyer says she doesn’t know “how much longer we can keep covering 97 cents when that number of students aren’t filling out the paperwork and bringing their money.”

In some cases, children in her district qualify for free or reduced lunch programs but their parents or guardians haven’t filled out the paperwork. In other cases, money is given to the children who spend it on snacks or other items.

“The short answer is, ‘who cares?” Jennifer Ramo, executive director of New Mexico’s Appleseed, a poverty policy organization, told Fox News. “No matter how bad or smarmy the parent might be, it has nothing to do with the kid.”

As lawmakers debate changes, school workers who have tried to push back on such policies have been reprimanded or in some cases fired on the spot.

In Omaha, Neb., a cashier was let go after she refused to comply with the school’s “no money, no meal” rule. She had been secretly paying for the meals of children out of her own pocket but ultimately could not keep up with the costs. In 2015, a Colorado cafeteria worker was fired after feeding a first-grader who could not afford to buy lunch. 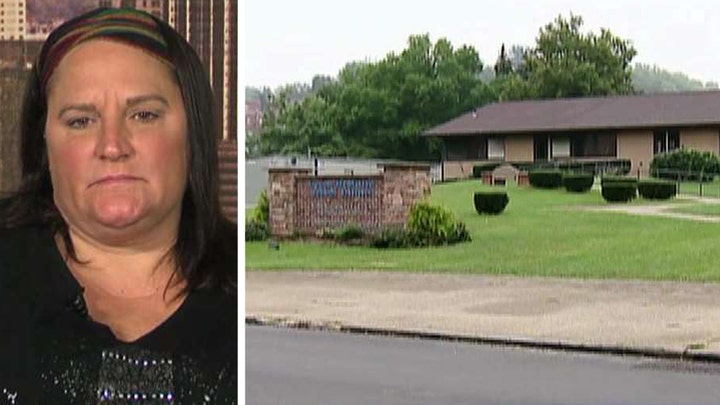 Last year, a cafeteria worker in Canonsburg, Pa., quit her job at Wylandville Elementary School after she was forced to take a hot lunch away from a student because the child’s parent had fallen more than $25 behind in paying for his school lunches.

"I will never forget the look on his face and then his eyes welled up with tears," Stacy Myers Yannazzo Koltiska said on Facebook.