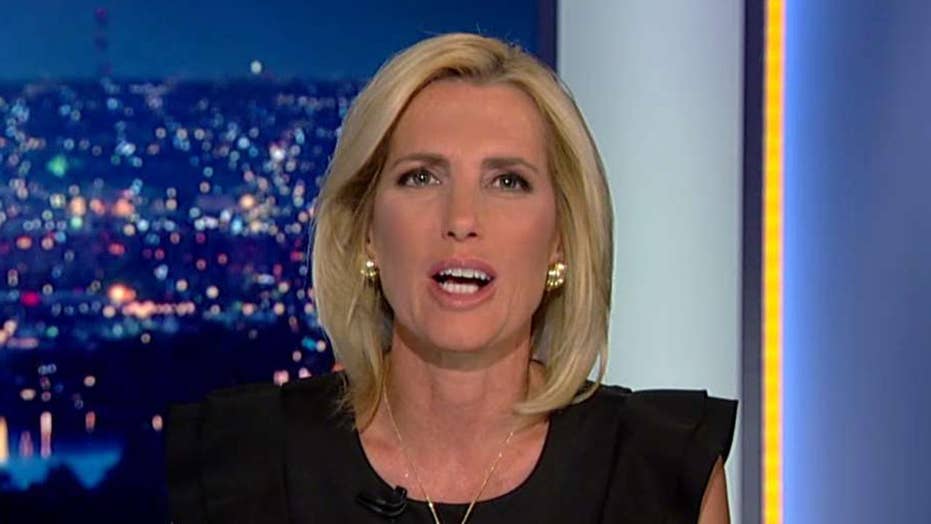 Taking a look at the 2020 Democratic front-runners ahead of the first presidential debate.

Fox News host Laura Ingraham took a look at the Democrats' top 2020 presidential candidates Tuesday night and reviewed some of the more debated promises and stumbles they've made ahead of this week's scheduled debates in Florida.

Ingraham highlighted 2020 frontrunner Joe Biden, the former vice president and longtime U.S. senator from Delaware, and his recent racial controversy, his past comments on China and how his newfound wealth affects his image.

EVERYTHING YOU NEED TO KNOW ABOUT THE FIRST 2020 DEMOCRATIC DEBATE

"[Biden] has often spoke of being one of the poorest members of Congress," Ingraham said on "The Ingraham Angle." But he's cashed in hugely since he was VP, charging up to $200,000 a speech and racking up lucrative book deals."

"[Biden] has often spoke of being one of the poorest members of Congress. But he's cashed in hugely since he was VP, charging up to $200,000 a speech and racking up lucrative book deals."

The host also took on Sens. Elizabeth Warren of Massachusetts and Bernie Sanders of Vermont for their campaign promises of free college, health care and day care.

"Although this may play well in the offices of MoveOn.org, whose members prefer Warren by 38 percent ... average Americans are horrified particularly when they realize that they are going to get stuck with the giveaway bills," Ingraham said.

Ingraham brought up South Bend, Ind., Mayor Pete Buttigieg, who is currently facing a police shooting controversy that has sparked a racial divide in his city.

"If you can't manage a kind of medium-sized police department, how will he possibly manage the entire executive branch?" Ingraham said.

According to Ingraham, Americans will soon begin to see the Democratic candidates take aim at each other as they seek to climb in the polls.

"In the coming days, the Dems, like it or not, their candidates are going to at least begin to smash each other. Maybe even savage each other in a desperate attempt to break from the pack," Ingraham said.

The first Democratic primary debate is split, with events of 10 candidates each night scheduled for Wednesday and Thursday in Miami.