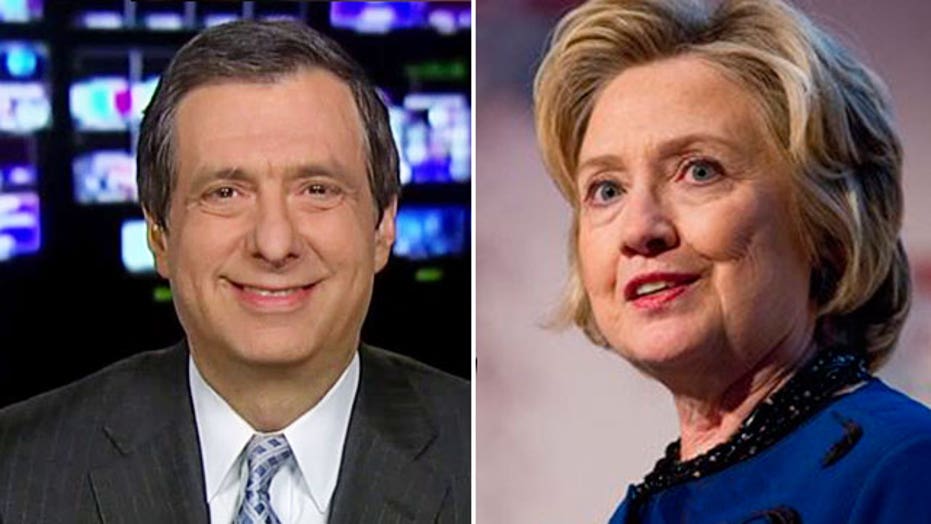 Strategy is to beat email scandal

The media are in panic mode.

They are filled with hyperventilating scenarios about the dark future that will descend on the Democrats if Hillary doesn’t run.

They are taking a serious problem for the former secretary of State—her private e-mail controversy—and wondering if this just might end her presidential campaign before it begins.

This is little more than reckless speculation, filling the void left by the non-race on the Democratic side.

To be sure, there is palpable unease in the party’s ranks about this self-inflicted Clinton wound, which reminds folks of all the other controversies that have swirled around the former first lady over the past quarter century. It’s a here-we-go-again moment that Hillary is once again on the defensive over allegations of secrecy and circumventing the usual rules.

At the same time, she is light-years ahead in a primary contest that underscores the Democrats’ lack of a deep bench. Hillary Clinton has been the presumed nominee for so long that there is no Plan B.

But why, having been through far worse scandals, would she walk away from a race that is hers to lose? Her husband survived Gennifer Flowers and draft-dodging allegations. She’s just going to quit over a personal e-mail server?

But the prospect of Hillary facing a whole bunch of subpoenas and investigations happens to coincide with the media’s underlying resentment of a coronation.

So reporters are frantically calling around and peddling their what-if idea.

Politico found Larry Hogden, the Democratic chairman in Iowa’s Cedar County: “It adds more reason to get other people involved in this process, to make sure we have other strong, good candidates running. Because, who knows? She could implode totally.”
Who knows, indeed?

Another Politico piece is built around the notion of a Hillary-less future:

“What if The Unthinkable did happen and she actually dropped out? What would be the Democrats’ response?

“‘Panic,’ says Democratic consultant Chris Lapetina. Indeed, the biggest problem is that the Democratic establishment is apparently so terrified of the idea of a Hillary-less race—and the vicious primary that might result—it’s not even considering contingency plans.”

It’s always pleasant to get someone to pronounce the P-word when a pundit is trying to produce a panic piece.

Some are looking for other horses to ride, such as Yahoo’s Matt Bai, who says Joe Biden should seize the moment and run:

“And then there’s the 72-year-old Biden, who is mostly left out of this conversation — not because he hasn’t repeatedly signaled an interest in running, but because the handicapping crowd has never taken him all that seriously as a foil to Hillary. Biden has a well-known tendency to get caught up in the moment and say things that are impolitic or even partly untrue, which in Washington tends to make you a figure of ridicule, though in most other places it’s known as having a pulse…

“Biden is a better candidate than most pundits have ever given him credit for. Yeah, he’s sloppy and meandering and says some nutty stuff. But that’s all part of being genuine and three-dimensional, which may be the most valuable trait in modern politics and not a bad contrast to Clinton’s robotic discipline.”

Biden would undoubtedly love to run. But is another Obama insider who’s older than Hillary fill the bill?

Conservatives, of course, are relishing the spectacle. National Review’s Charles Cooke says, well, the Dems are toast without her.

“Once we take Hillary out of the equation, the game looks rather different. As potent as it might be on paper, the Democratic Party’s present edge within the Electoral College is by no means infinite, and it does not obtain in a personality vacuum. Such as they are, the current predictive models tend to presume less that the Democrats are bulletproof per se, and more that the party will field a strong and popular candidate in the mold of a Barack Obama or a John F. Kennedy or a William Jefferson Clinton and that this good candidate will start from a position of structural strength.

“Does the party have such a figure, other than Hillary? I cannot see that it does, no. Certainly, it is amusing for us to sing ‘Run, Liz, Run,’ to tease Bernie Sanders or Joe Biden, and even to pretend that Andrew Cuomo or Martin O’Malley could ever be elected president of the United States. But, idle levity to one side, there is ultimately no hiding from the recognition that Clinton is the only viable game in town.”

Of course, an Andrew Cuomo, with lots of liberal accomplishments as a two-term New York governor, could look very different if he geared up to run. He has executive experience, which Barack Obama most definitely did not.

Oh, and wait: Al Gore is going to Iowa! Of course, it’s just for a climate event, but the Weekly Standard says: “While Gore has not expressed presidential ambitions in some time, some Republicans cannot help but wonder about the timing of the trip.  Especially as the Clinton email scandal begins to grow.”

But why are we even having this conversation?

There is nothing in Hillary Clinton’s background, since her days as first lady of Arkansas, to suggest that she’s going to walk away from the ultimate prize that may be within her grasp—no matter how much the media may fantasize.