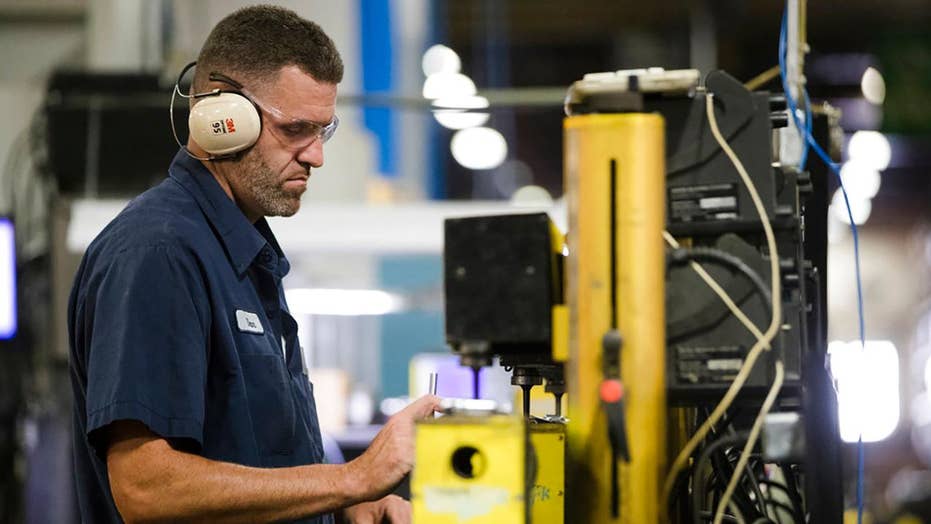 The year 2019 was supposed to mark the end of the Trump economic surge. But the longer the year goes, the more it looks like there’s no end in sight. The economy is growing faster, job creation is resilient, and wage growth is surpassing anything we’ve seen in the last 10 years. It’s great news for the average American, and increasingly inconvenient for those telling us capitalism has failed.

In recent months, it’s been fashionable to predict that the ongoing trade war with China and the recent government shutdown are putting us on the brink of recession. Critics have been claiming that the one thing keeping us afloat—the Trump tax cuts—were a “sugar high,” but their effect is about to wear off.

But it seems the economy just isn’t getting the message.

Instead, we’re seeing an economy that just won’t quit. GDP growth—our broadest measure of the health of the economy—topped 3 percent from January through March, well beyond any of the “expert” predictions, and continuing its pace from 2018.

Not surprisingly, job growth has remained strong: According to the April jobs report, the U.S. economy added a staggering 263,000 jobs and the unemployment rate fell to 3.6 percent—more than the “experts” predicted.  Thanks to the strong hiring, wages are growing roughly twice as fast as inflation, translating into more money in workers’ pockets. And small business confidence remains at near-record levels not seen in well over a decade.

Add it all up and it’s the strongest economic picture we’ve seen in more than a decade.  And it’s left the gloom-and-doom prophets scratching their heads.

Here’s what they’re getting wrong: critics of the president’s economic policies—and especially his tax cuts—assume that cutting taxes for businesses and individuals has been nothing more than a cash grab for the rich. They believe that now that greedy corporations and the rich have gotten their money, they’ll stuff it under the mattress and the economic boom will soon be over.

Political promises are cheap, but the numbers we’re seeing this economy put up don’t lie. And if they continue, they’re certain to get the attention of voters in the next election.

What’s actually happening is that lower taxes—for individuals and businesses—and reduced regulations have reshaped our economic landscape, making it more hospitable for the kind of long-term investment that creates jobs and pushes up wages. Reducing regulatory red tape has made it easier to start and grow a business and lowering taxes has created an incentive to invest in new equipment, expand facilities, and hire new employees. That's why job growth numbers continue to be so strong; that's why wages are rising; that's why the economy is growing faster, and that's why small business confidence has remained so strong.

Tax and regulatory reform over the past two years aren’t a "sugar high," as the critics claim. They’re a long overdue meal of pro-growth policy that has translated into a healthier economy.

Of course, not everyone is happy about this. If you’re one of the twenty or so presidential candidates who has pinned his or her hopes on higher taxes to fund socialist economic experiments, all this good news is bad news for you.

The socialist left makes big promises about economic giveaways but dodges questions about the astronomical costs of free health care, free college, and the Green New Deal. Meanwhile, an economy increasingly unshackled from stifling regulation and high taxes is delivering real results that you can count—better jobs, bigger paychecks, and more opportunity for more people.

Political promises are cheap, but the numbers we’re seeing this economy put up don’t lie. And if they continue, they’re certain to get the attention of voters in the next election.

The 2020 campaign is already plenty crowded and it’s only going to get noisier. But if history is any indication, nothing drowns out the unhelpful racket of D.C. drama like the sound of money in the bank.  The resiliency of the Trump economy has been sweet music to Americans who are seeing jobs multiply and pay rise. But it could be a death knell for those hoping to topple the president with a “socialism will save us” message.

Brian Brenberg is a professor of business and economics at The King’s College in Manhattan. Follow him on Twitter: @BrianBrenberg