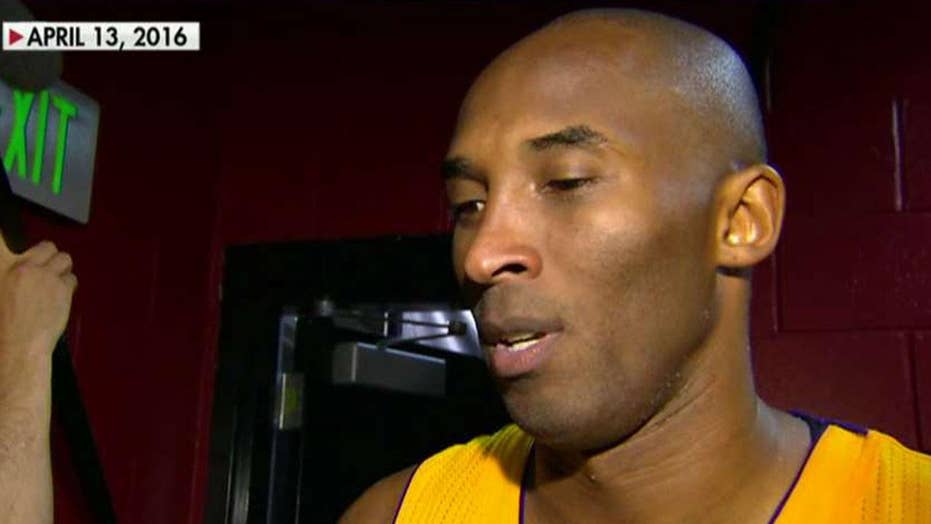 Politics largely paused Sunday amid word that NBA superstar Kobe Bryant, his daughter and seven other people died in a helicopter crash in Calabasas, California.

Condolences poured in from both sides of the aisle.

House Minority Leader Kevin McCarthy, R-Calif., shared a photo of himself, his son and Bryant on Twitter.

"So very sad," McCarthy wrote. "Kobe Bryant was the greatest—he went out of his way to spend time with my son and me after a game once. We will always remember his kindness.Our prayers are with his family during this tragic time."

House Intelligence Committee Chairman Adam Schiff, D-Calif., wrote: "I join the rest of Los Angeles in mourning the tragic death of Kobe Bryant, his daughter, and others."

"One of the greatest basketball players of all time, Kobe had a grace and athleticism unmatched in the NBA. My prayers are with his family and friends, and all Lakers fans."

Former President Barack Obama called Bryant, who was heralded as one of the greatest basketball players in the history of the NBA, "a legend on the court."

He said the father of four was "just getting started in what would have been just as meaningful a second act. To lose Gianna is even more heartbreaking to us as parents. Michelle and I send love and prayers to Vanessa and the entire Bryant family on an unthinkable day."

Presidential hopeful Joe Biden extended well wishes on behalf of him and his wife.

"It's a reminder of how special-- and fragile-- life is. And it's a reminder that we've got to make every day count," Biden tweeted.

White House Counselor Kellanne Conway also reacted to the news, writing, "Prayers and condolences to the Bryant family, and all those who lost loved ones today."

Rep. Alexandria Ocasio-Cortez, D-N.Y., said she was "deeply shocked" at news of Bryant's passing and expressed her condolences to all of those affected by the deadly crash.