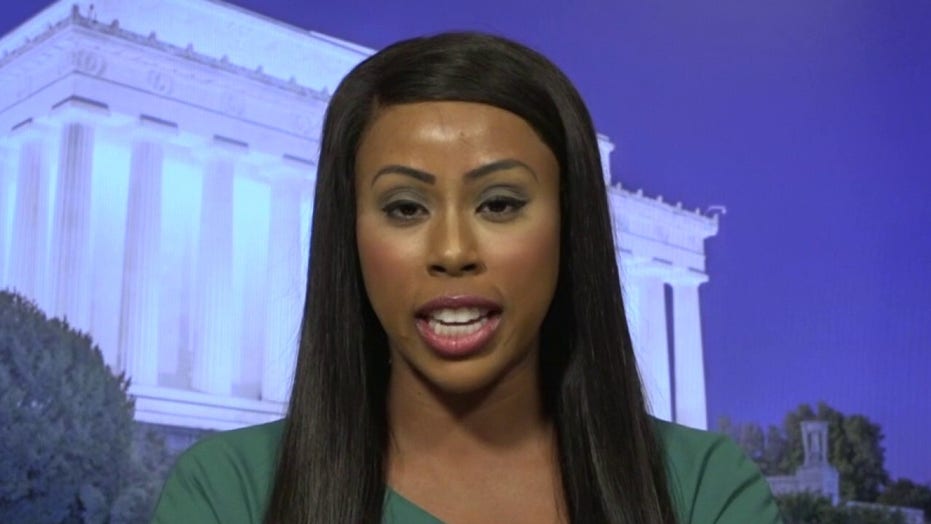 Why Democrats are nervous about Kim Klacik

Maryland GOP congressional candidate Kim Klacik’s campaign has caught fire with the help of her viral ads, but many of her would-be constituents are reluctant to outwardly show their support, she told “Hannity” Monday night.

“It’s like, you know, a little bit of the Trump syndrome," Klaick told host Sean Hannity. "We have some people that don’t want to admit it out loud and we understand that because of the backlash.”

Klacik added that her campaign to represent Maryland's 7th district has made strides by canvassing and registering voters in “dangerous” neighborhoods like West Baltimore.

“We’re telling them, you’ve got to be involved in this process,” she said. “Your future, your children’s future all depend on it.”

Klacik is running against Democrat Kweisi Mfume, who represented the 7th District from 1987 to 1996 before resigning to become president of the NAACP. This past April, Mfume defeated Klacik by 48 percentage points in a special election to serve out the term of the late Rep. Elijah Cummings.

If she pulls off an upset win, Klacik wants to implement the president’s opportunity zones and promote school choice in Baltimore, where data indicates that nine out of 10 Black male students do not read at grade level.

“There are these simple things that we can do to drive down the crime and violence and get people economic opportunities,” she added. “And that’s what we need to do.”