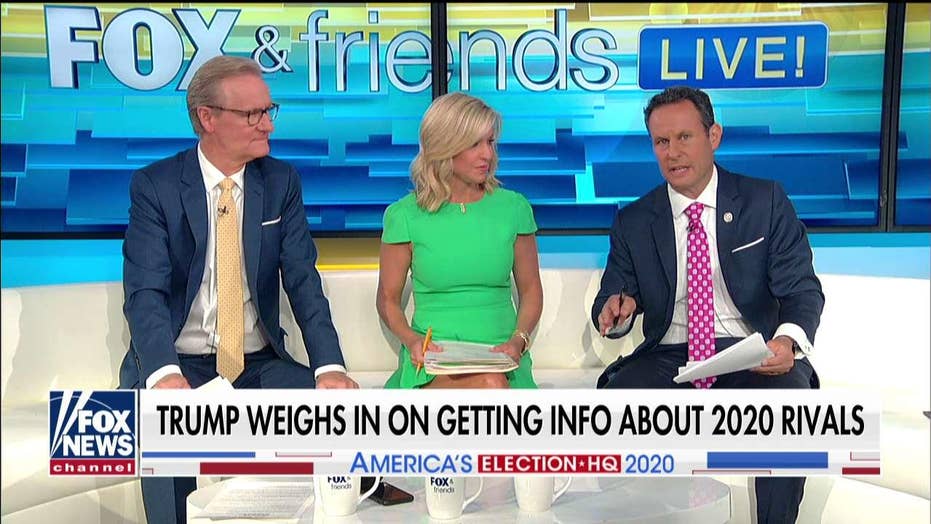 Fox &amp; Friends: Trump weighs in on getting info about 2020 rivals.

"Fox &amp; Friends" co-host Brian Kilmeade said&nbsp;&nbsp;President Trump&nbsp;"opened himself up to attacks" and must clarify his remarks on potentially accepting information&nbsp;from a&nbsp;foreign government on a 2020 presidential election rival.&nbsp;

"Fox & Friends" co-host Brian Kilmeade said Thursday that President Trump "opened himself up to attacks" and must clarify his remarks on potentially accepting information from a foreign government on a 2020 presidential election rival.

Trump made the comment in the Oval Office during an interview with ABC News’ George Stephanopoulos, saying he would not necessarily contact the FBI if he was offered dirt on his opponent.

"I think I'd want to hear it... I think you might want to listen, there isn't anything wrong with listening," he said, arguing he would view it as the kind of "oppo research" that is common in political campaigns.

Responding before a live studio audience Thursday morning, Kilmeade said he's looking forward to asking Trump about the remarks in an interview with the president Friday morning at 8 a.m. ET on "Fox & Friends."

"He opened himself wide to attacks," said Kilmeade, adding that Trump knows if a foreign government like Russia or China handed over such information, they would expect something in return down the line.

"There is no free lunch," he added. 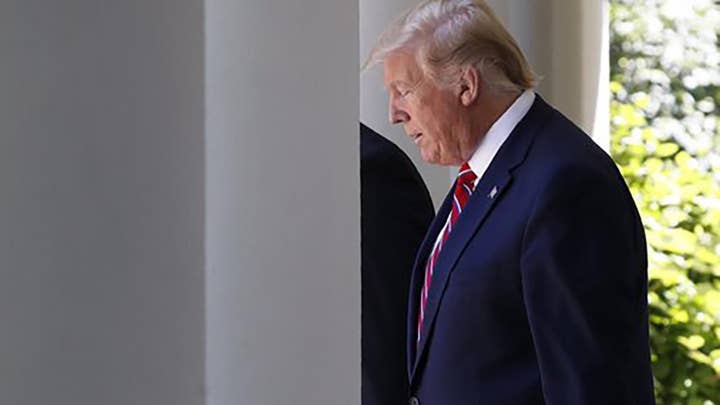 Steve Doocy pointed out that the unverified Steele dossier on Trump's ties to Russia was based on foreign sources and turned out to be "dirt from Hillary Clinton and the DNC" in 2016.

Kilmeade responded by saying that was "wrong" and Americans should agree that information from foreigners should be kept out of American elections on all sides.