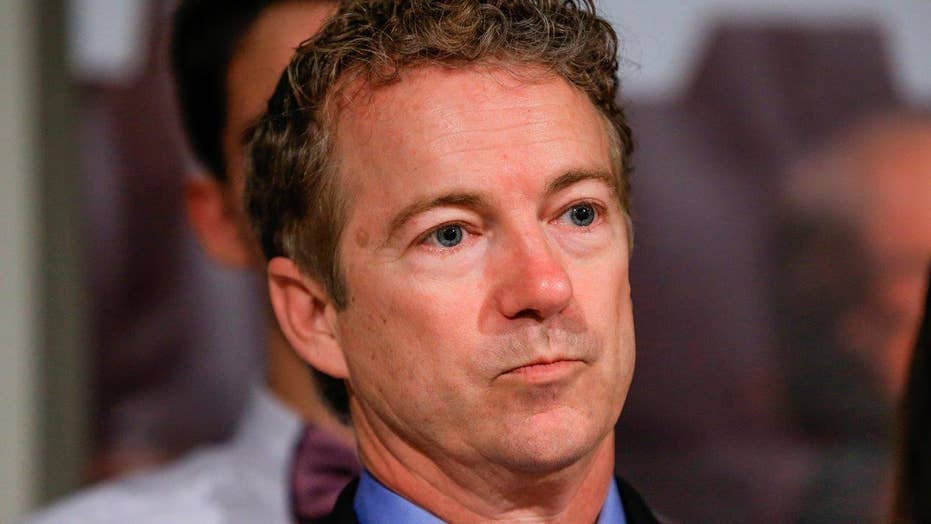 Though Paul actually exceeded expectations in the Iowa contest, Fox News is told he did not believe his campaign had the momentum to build upon going into the New Hampshire primary next week. The libertarian-leaning senator made the decision official in a brief statement.

“Across the country thousands upon thousands of young people flocked to our message of limited government, privacy, criminal justice reform and a reasonable foreign policy. Brushfires of Liberty were ignited, and those will carry on, as will I,” he said.

“Although, today I will suspend my campaign for President, the fight is far from over. I will continue to carry the torch for Liberty in the United States Senate and I look forward to earning the privilege to represent the people of Kentucky for another term."

Paul, who was often at odds with other Republican candidates on issues like national security and surveillance, struggled to attract the loyal and enthusiastic following that buoyed his father Ron Paul’s past presidential bids.

He was seen as having a strong debate performance in Des Moines last week, perhaps contributing to his respectable finish on Monday -- but was looking at dim chances next week in New Hampshire, where several other candidates are polling stronger.

Paul, in opting not to continue his presidential bid, can now concentrate on his Senate re-election campaign.