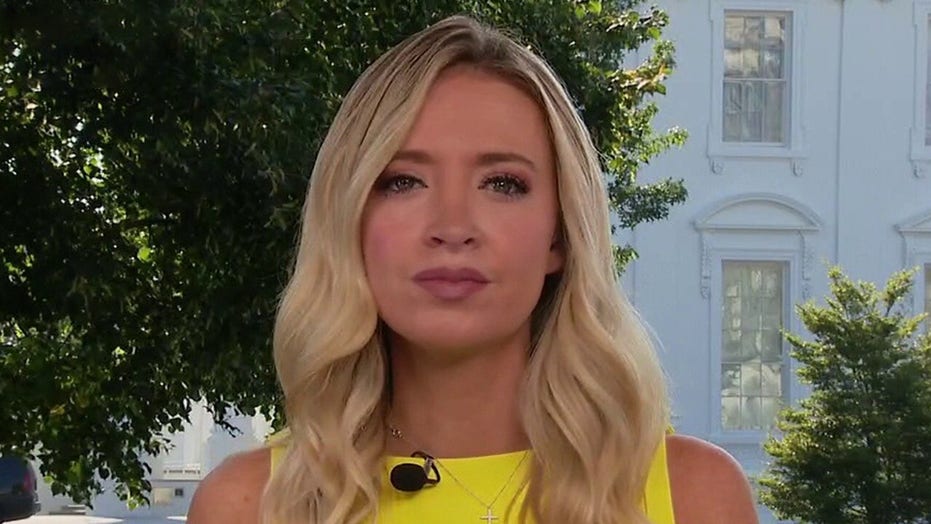 “No one should be fighting over wearing a mask," White House press secretary Kayleigh McEnany said on Monday.

“What we should be doing is ... what is patriotic, which is, when you can’t socially distance, wear a mask,” McEnany told "Fox & Friends."

“He’s done it several times. That’s where he stands. That is the American people. It’s the right thing to do if you’re standing close to someone, and no one should be fighting over it nevertheless.”

McEnany's comments came after the footage went viral on social media appearing to show a woman yelling at a supermarket employee – and threatening to beat up the worker – over the store's mask policy. While this video isn't dated, it is the latest to show a public confrontation breaking out over mask guidelines.

A post containing the footage was uploaded on Saturday night to Twitter, where it has since been viewed more than 78,000 times. According to the uploader, the video was filmed at a Long Island grocery store. Several news outlets, such as the Daily News, have identified the store as the King Kullen supermarket in Massapequa.

Fox News contacted the Massapequa store about the footage but it would not comment or confirm that the incident occurred there.

In the video, a woman was recorded spewing an expletive-filled tirade against an unseen person. At one point, however, the maskless woman calls the other woman "dumb" (among other insults) and says, “that’s why you work in a supermarket.”

The maskless woman also threatens her unseen target and hurls multiple, expletive-filled insults at her. At one point, she yells, “Don’t put your communist crap on me.”

The unseen woman can be heard yelling back at the maskless woman, hurling insults of her own. The footage doesn’t show how the altercation began, but the Daily News reports that it started when the woman was told that she needed to put on a mask.