Who is Kamala Harris?

California Senator Kamala Harris has been announced as Joe Biden’s vice presidential pick. Here is what you need to know about her.

Sen. Kamala Harris, who was officially announced as Joe Biden's running mate Tuesday, has switched her stances on multiple issues throughout her time in public life, beginning as a local prosecutor in the early 2000s.

Those positions are now back in the spotlight, as the Trump campaign tries to tag her as "phony" and the newly named Democratic ticket prepares to present a united and consistent message going into next week's national convention.

Harris' changes of heart cover issues like whether the government should abolish private health insurance, whether recreational marijuana should be legalized and more. Such switches have invited criticism in the past from both the left and the right -- with Republicans labeling her as radical and members of the more progressive wing of the Democratic Party accusing her of not being liberal enough.

Here are some of the issues where Harris, D-Calif., has flip-flopped during her time as an elected official. 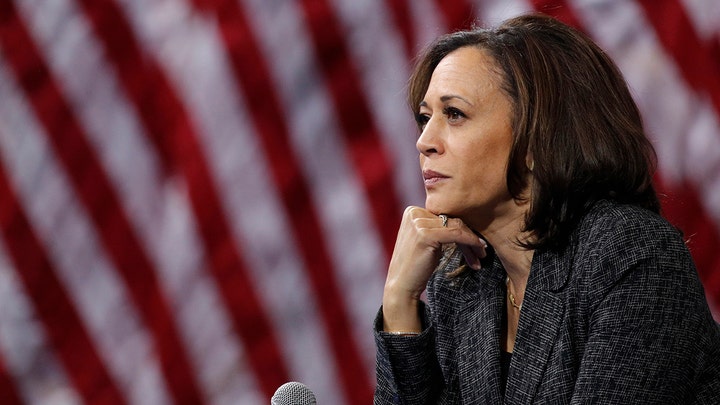 During the Democratic presidential primary, health care was one of the most controversial topics, and Harris was caught up in the middle of it. She was an original co-sponsor of the "Medicare-for-all" bill introduced by Sen. Bernie Sanders, I-Vt., which would essentially outlaw private health insurance.

During one CNN town hall event in January 2019 with Jake Tapper, when pressed on the fact the bill she got behind would take away the private plans some people are happy with, Harris defended the move to outlaw them. She criticized the paperwork and approval processes required to make sure insurance covers certain medical care.

"Let's eliminate all of that, let's move on," Harris said.

But later in the year, Harris released a health care plan that included room for private insurers, drawing harsh condemnation from her rivals, including Biden. 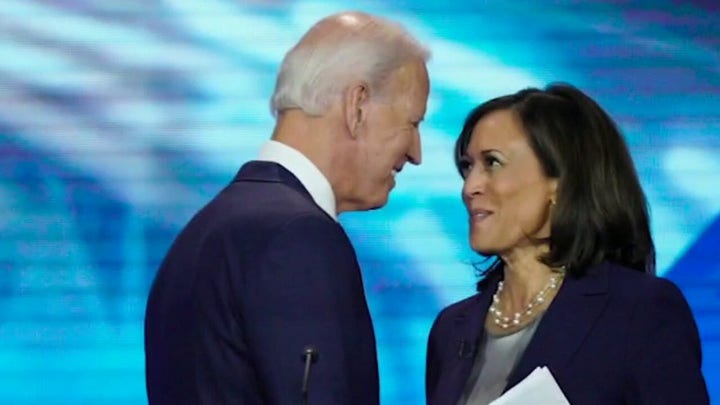 SPECULATION ABOUT WHO COULD FILL HARRIS SEAT SWIRLS IN CALIFORNIA

"This new, have-it-every-which-way approach pushes the extremely challenging implementation of the Medicare for All part of this plan ten years into the future, meaning it would not occur on the watch of even a two-term administration," Biden Deputy Campaign Manager Kate Bedingfield said at the time, according to Politico.

Sanders' campaign manager Faiz Shakir, reportedly said that Harris' was "walking away" from the bill she and Sanders sponsored and that her plan "introduces more corporate greed."

Harris as San Francisco district attorney in 2010 opposed a ballot proposition that would have legalized marijuana in California, according to Capitol Weekly, calling it "flawed public policy." Her campaign manager, according to the publication, clarified that she supported legal medical marijuana and nothing more.

In 2014, Republican attorney general candidate Ron Gold advocated vocally for the legalization and regulation of recreational marijuana, and to use taxes derived from the legalization for drug and alcohol counseling.

A report by KCRA at the time included footage of a reporter asking Harris her thoughts on Gold's position: "He's entitled to his opinion," she said, before laughing.

But in 2018 Harris reversed and supported legislation that would have legalized marijuana federally.

She also supports two different bills that have been pushed in Congress more recently -- the SAFE Banking Act and the MORE Act, the latter of which she was the chief sponsor of in the Senate.

The MORE Act would "decriminalize and deschedule cannabis" while also embarking on a number of social justice programs related to marijuana. The SAFE Banking Act -- which passed the Democrat-controlled House last year while the MORE Act so far has not -- would provide protection to banks and other financial institutions allowing them to do business with state-legal marijuana businesses. Currently, because most banks are reluctant to work with marijuana businesses, those companies operate largely in cash, which leaves them vulnerable to robbery and limits other financial services available to them.

Harris has long been a supporter of "sanctuary" cities, including during her time as the head prosecutor for one of the longest-standing such cities, San Francisco. Harris, during her time in the Senate, was also a fierce defender of Deferred Action for Childhood Arrivals (DACA), which protects people who were brought illegally into the U.S. as minors from deportation.

However, in 2008 she supported a controversial policy put in place by then-San Francisco Mayor Gavin Newsom (who is now California's governor) that instructed police to inform Immigration Customs and Enforcement (ICE) about minors who are arrested on felony charges, according to a New York Times story from the time.

The policy was put in place during a time of intense political pressure over the city's sanctuary policy after a 21-year-old illegal immigrant killed three family members after he had previously been arrested on felony charges before he turned 18. Its ostensible goal was to prevent a federal legal challenge to San Francisco's sanctuary status, but its effect was also that illegal immigrants who had not yet been convicted of a crime were reported to ICE.

San Francisco immigration attorney Angela Chan told Politifact in 2019 that alerting ICE about illegal immigrant youths "wasn't an unintended consequence, it was the purpose of this troubling policy," despite Harris making that exact claim on the campaign trail. Chan continued that "some kids were actually deported as a result of that policy."

Harris said in 2008, according to SF Gate: "While detained juveniles are under the custody and control of the juvenile probation office and the court, every city agency needs to work together to balance our obligations under federal law and the sanctuary ordinance to solve crimes and put the offenders behind bars."

In early 2019, Harris spokesperson Ian Sams admitted to CNN that the policy did have its flaws. 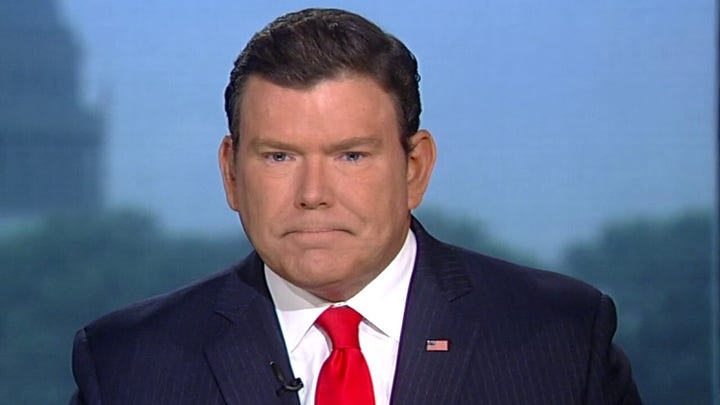 "[The] policy was intended to protect the sanctuary status of San Francisco and to ensure local police, who needed to have strong relationships with the communities they serve regardless of immigration status, were not forced to operate as immigration agents, which is the responsibility of the federal government," Sams said. "Looking back, this policy could have been applied more fairly."

Harris has taken different positions on ICE itself.

In 2006 as San Francisco District Attorney, she worked on a months-long investigation alongside ICE, the San Francisco Police Department, the Drug Enforcement Administration (DEA) and Alcohol, Tobacco, Firearms and Explosives (ATF). It netted 24 suspected gang members.

In a 2018 Senate hearing, however, Harris compared ICE to the Ku Klux Klan. Harris made the remarks at a confirmation hearing, asking Ronald Vitiello -- who was President Trump’s nominee to lead the agency -- if he was “aware of the perception” of a similarity between ICE and the KKK.

Harris has long been an opponent of the death penalty, and during her career faced criticism many times for refusing to seek the death penalty, including once in the case of cop-killer David Hill and another time in the case of an MS-13 gang member who killed three people --  a man and two of his sons -- after mistaking them as rival gang members, according to SF Gate.

But Harris, as California attorney general, defended the state's death penalty from a legal challenge, calling a federal ruling that the state's capital punishment was unconstitutional a "flawed ruling [that] requires appellate review," according to the Sacramento Bee.

Harris, according to the Washington Post, noted that she was obliged to defend the state's death penalty on behalf of the state.

A separate charge, leveled at Harris during a debate last year by Rep. Tulsi Gabbard, D-Hawaii, was that she blocked DNA testing in the case of a death row inmate who many believed to be innocent. A Harris spokesperson said that Harris was not involved with that call, which was made by lower-level attorneys in her office and never brought to her attention, according to the Post. 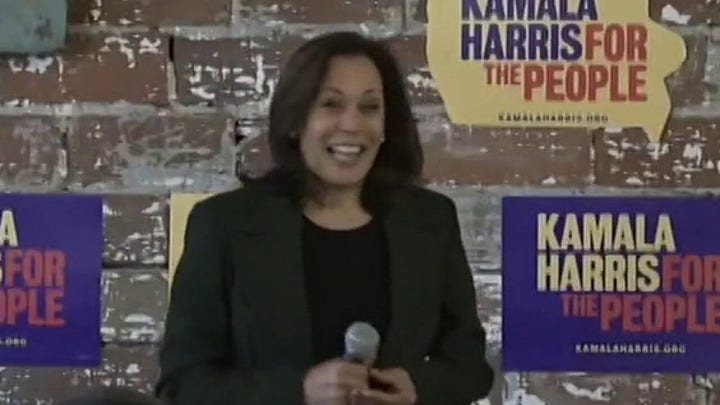 President Trump has performed his own share of flip-flops, more recently regarding voting by mail and the impact of the COVID-19 pandemic, in addition to having changed his own party affiliation -- Trump was a registered Democrat from 2001 through 2009, notes Politifact. He was a longtime donor to a number of Democrats, including Harris and Senate Minority Leader Chuck Schumer, D-N.Y. Trump, however, was not an elected official during this time.

Harris' announcement as Biden's running mate marks yet another milestone in the 2020 presidential election.

Each party will next hold their formal nominating conventions -- which have been significantly overhauled this year because of the pandemic -- this month, with Democrats' convention starting Monday and Republicans' starting on Aug. 24. Then the race will enter a two-month sprint to the finish with Election Day on Nov. 3.