The U.S. Justice Department has an active criminal investigation into an alleged “secret lobbying scheme” in which individuals purportedly offered money in the form of political contributions to figures tied to the White House in exchange for a presidential pardon, according to unsealed court documents released Tuesday.

The investigation was made public for the first time through the release of heavily redacted documents in U.S. District Court in Washington. The individuals under investigation in connection to the alleged scheme, as well as the time frame in which the scheme purportedly took place, are not currently known.

The documents revealed an investigation of a scheme in which two unnamed individuals “acted as lobbyists to senior White House officials, without complying with the registration requirement of the Lobbying Disclosure Act” in order to secure “a pardon or reprieve of sentence.” 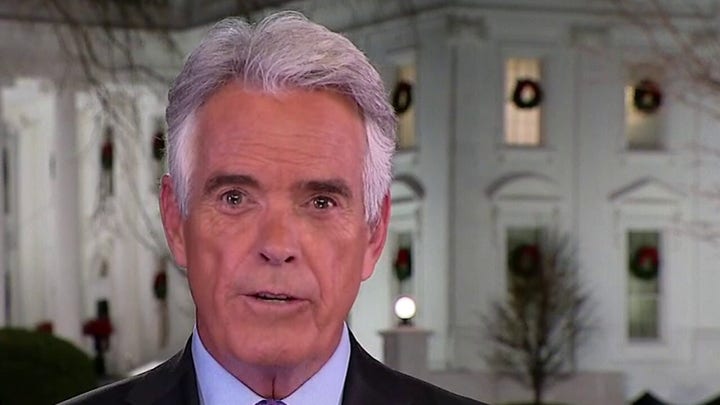 The filing also referenced a “related bribery conspiracy scheme” in which one of the people under investigation “would offer a substantial political contribution in exchange for a presidential pardon or reprieve of sentence” for an unnamed individual. The documents go on to describe their actions as a “bribery for pardon scheme.”

“No government official was or is currently a subject or target of the investigation disclosed in this filing," a DOJ official with knowledge of the matter told Fox News.

In August, U.S. District Judge Beryl Howell reviewed a request from federal prosecutors who sought access to emails exchanged by the individuals under investigation. Howell determined the emails were not subject to attorney-client privilege and were eligible for review as part of the investigation.

The government’s filter team seized “over fifty digital media devices, including iPhones, iPads, laptops, thumb drives and computer and external hard drives” as part of the federal investigation, the documents showed. Filter teams are used to insulate prosecutors from privileged information they can’t use in court.